Speed Read: The biggest hits (and misses) from EICMA 2022 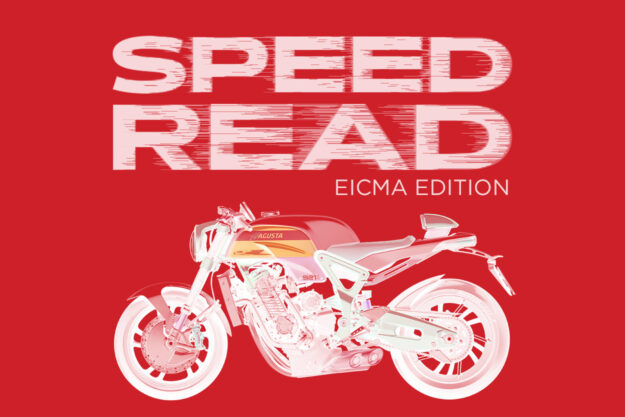 If you’d like a snapshot of how the COVID-19 pandemic has affected the motorcycle industry, this year’s EICMA trade show is it. It’s clear that budgets have shrunk over the past two years, and it’s even clearer that major OEMs have found more cost-effective ways to release motorcycles to the public, than to splash out on floor space at a trade show.

Notable players like BMW and Triumph opted to reveal their 2023 updates in the weeks leading up to EICMA, rather than waiting for the show itself. And many of the brands that did pitch up, did so with mildly updated versions of current bikes.

Major revelations were few and far between, but we did manage to pick out a handful of highlights (and lowlights) for your reading pleasure. If we missed anything, feel free to holler at us in the comments. 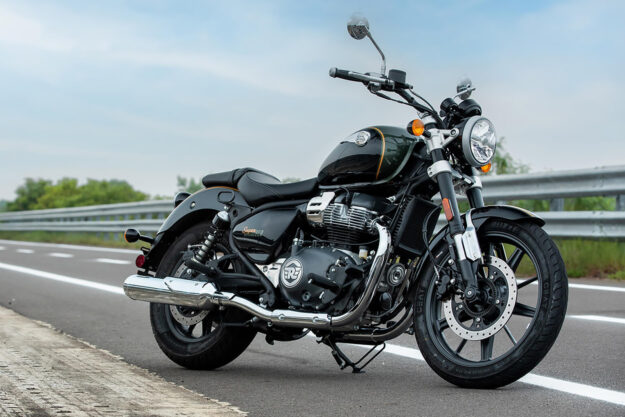 Royal Enfield Super Meteor Royal Enfield’s modern 650 twins are lauded for how easy they are to ride, how delightfully minimalistic they are, and how their classic design lends itself to customization. But despite the platform’s versatility, it only comes in two flavors: the Interceptor roadster, and the Continental GT café racer. Until now, that is.

The new Royal Enfield Super Meteor cruiser adds a third style to the mix. It’s powered by the same 648 cc engine as its siblings, but it’s closer to the smaller Royal Enfield Meteor, design-wise (hence the name). 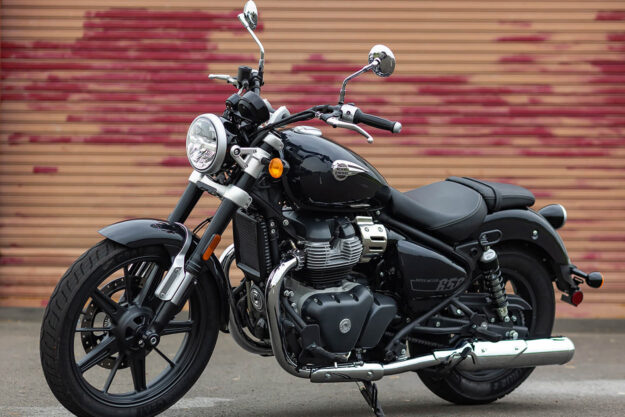 Its low-slung silhouette is courtesy of its unique tubular steel frame, designed by Harris Performance. The bodywork has been designed to match, with a sculpted tank that rolls down into a scooped saddle. It’s propped up on upside-down forks with a 19” wheel up front, and twin shocks with a 16” wheel out back.

Sure, the Super Meteor is a little small compared to most cruisers, but we reckon that’s part of its charm. The real question though, is whether Royal Enfield will finally add a 650 scrambler to their range, now that every other box is ticked. We wait with bated breath. 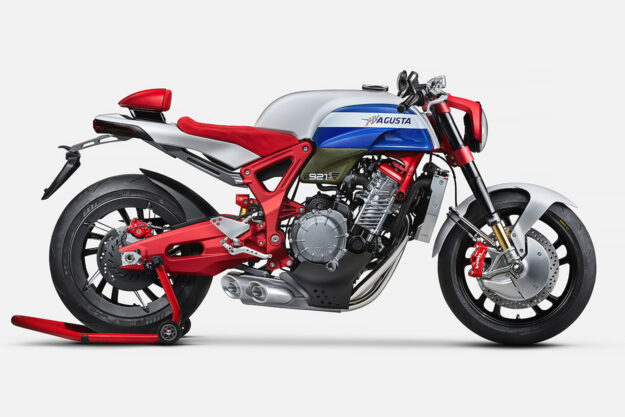 MV Agusta 921 S Concept One of the most intriguing bikes to come out of EICMA this year, is this neo-retro café racer concept from MV Agusta. Dubbed the 921 S Concept, it’s a stunning design that borrows from MV Agusta’s heritage without trying to look like a vintage machine.

It was designed as a tribute to one of the most iconic MV Agusta motorcycles ever, the 1973 750S. And although the two machines are worlds apart, there are hints of the 750S sprinkled all over the 921 S—plus its livery is a dead giveaway. The design is visually light and extremely well-balanced, emphasizing the bike’s inline-four engine.

And that’s the real news here; the 921 S motor is a brand-new, ground up design, not currently found in the MV Agusta range. The 921 cc, 115.5 hp unit hangs from a steel trellis frame with aluminum pivot plates. There’s a lot of interesting stuff here—from the unique ‘spoked’ rear wheel to the floating tail bump.

There’s no news on whether the 921 S will make it to market in its current form—and if it does, when it’ll arrive and what it will cost. But it looks incredible, so our fingers are crossed. [Source] 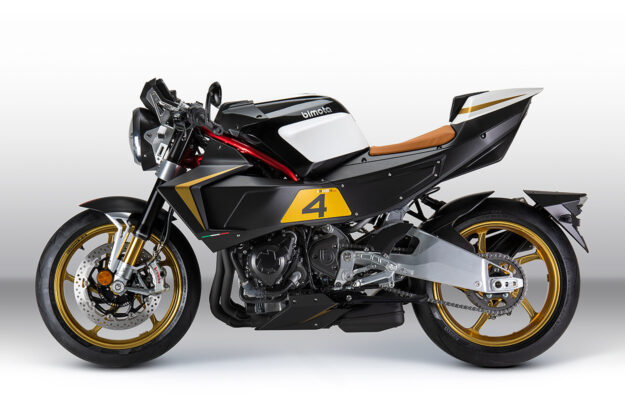 Bimota KB4 RC Bimota brought a couple of new machines to EICMA (including a dirt bike based on the Kawasaki KX450X). But the biggest neck-bender, was the Italian brand’s KB4 RC ‘café racer.’

Bimota first teased the KB4 RC in 2021, as a naked concept of their fully-faired KB4 sportbike. Now they’ve finally fleshed out, and revealed, the final bike. And all we want to do is put the fairing back on. 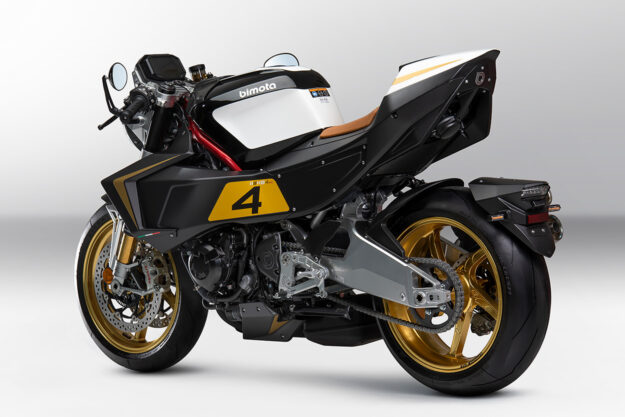 The faired KB4 is actually a rather attractive motorcycle, laden with high-end materials and parts and powered by a 140 hp Kawasaki engine. But remove its fairing, and its distinctive, flowing design turns into an awkward mess. No matter what angle you look at the naked KB4 RC from, there’s just too much going on—and that doesn’t gel with the ‘less is more’ aesthetic that most café racers aim for.

No doubt the KB4 RC’s exclusivity and exotic nature will appeal to some… but we’re not seeing it. 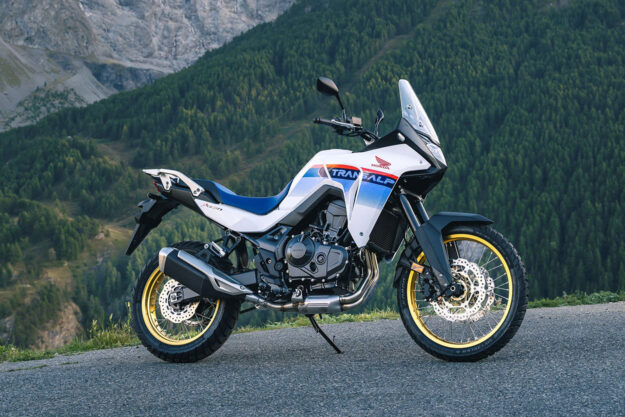 Honda XL750 Transalp Everyone knew that Honda were about to release an updated version of their popular Transalp adventure bike. But scores of Honda fans still rejoiced when Big Red made it official at EICMA. After all, the Transalp has always been popular for its versatility and reliability—but it’s been missing from Honda’s line-up for a decade. 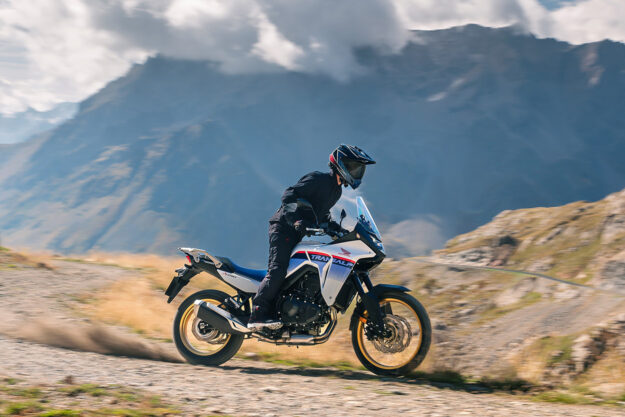 It gets a ride-by-wire throttle with multiple riding modes, a 5” TFT display and LED lighting. The frame is a steel diamond affair, with preload-adjustable Showa suspension running at both ends and a curb weight of 459 lbs. And if you like your adventure bikes with big wheels, the Transalp has you covered with a 21F/18R combo.

The new Transalp slots into the gap between the smaller CB500X, and the bigger CRF1100L Africa Twin. Its middle-of-the-road styling reflects this; it’s not quite as visually exciting as the Africa Twin, but it’s much better looking than the CB500X. Some might call it bland, but we think it looks uncomplicated and utilitarian—and that vibe has always been the Transalp’s strength. 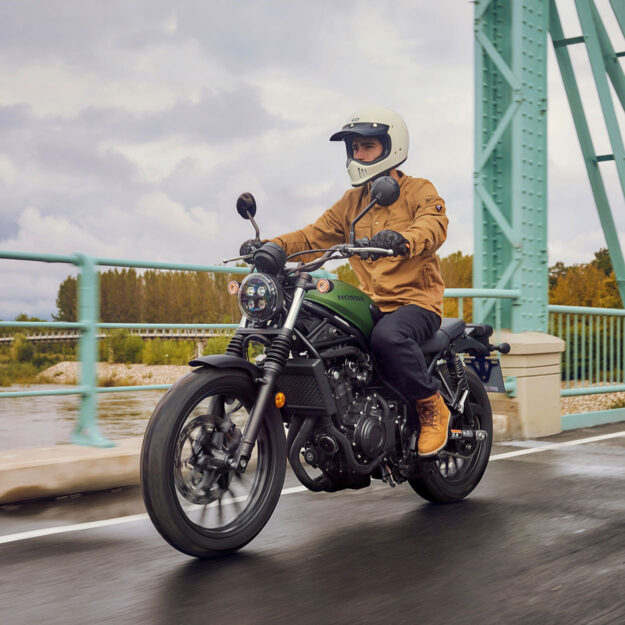 Honda CL500 Honda brought more than one bike to EICMA. Switching focus from adventure bikes to modern classics for a minute, they threw the wraps off the new Honda CL500 scrambler. 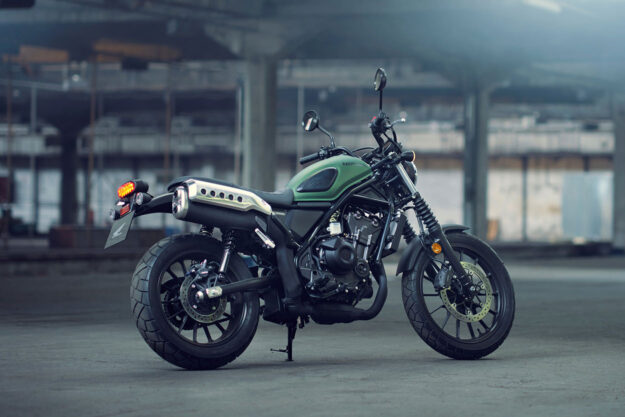 The Rebel’s influence is felt in the lines of the CL500’s frame and fuel tank too—and we’re not quite sure how we feel about that. That sharp upward line at the front of the tank doesn’t do the bike’s looks any favors, but we don’t totally hate it either. The drilled heat shield over the high-riding exhaust is a clear nod to the vintage CL series.

The CL500’s rough-and-tumble looks are backed up by a 19F/17R wheel combo, shod with blocky dual-sport tires. Quirks aside, it’s a handsome little motorcycle that should be fun enough to ride, and, if the price is right, could do really well.

Ducati Scrambler Ducati previewed updates to their Scrambler range at EICMA, marking the first time they’ve done anything major to the platform since it was first unveiled eight years ago. The new bikes don’t look radically different from before, but there are a number of marked differences.

The next generation Scrambler is still propelled by Ducati’s twin-cylinder Desmodue engine, and is still built around a trellis frame. But that frame’s been redesigned to shave weight off, the subframe is now a separate unit, and the rear shock now sits closer to the center of the bike. The engine’s gone on a diet too, and there’s a totally new clutch. 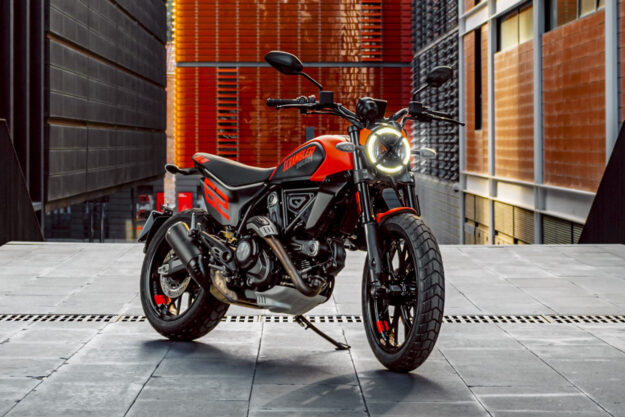 Visual changes include a new fuel tank with swappable side covers, and new wheels. The headlight is now a full LED affair, with a daytime running light. And the speedo’s been replaced by a rather awkward-looking TFT unit.

The Scrambler now comes in three versions: Icon [top], Full Throttle [above] and Nightshift [below right], each with its own final trim. There’s no mention of the wholly radical Desert Sled, which leads us to believe that it’s been dropped from the range—which makes us sad.

But perhaps the biggest change to the Scrambler line-up is in the text itself. Ducati has finally stopped referring to it as the ‘Scrambler Ducati,’ and has finally joined the world’s press in simply calling it the ‘Ducati Scrambler.’ That alone is cause for celebration. 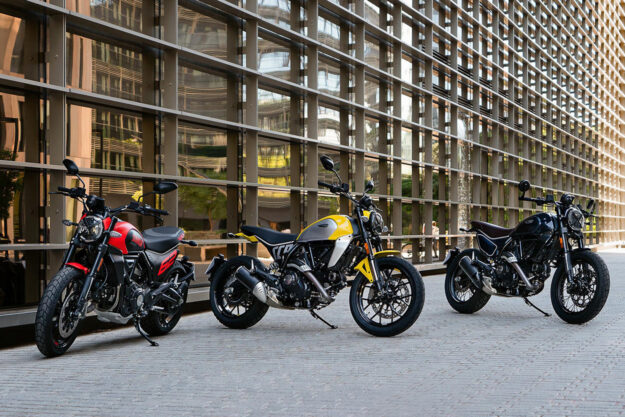