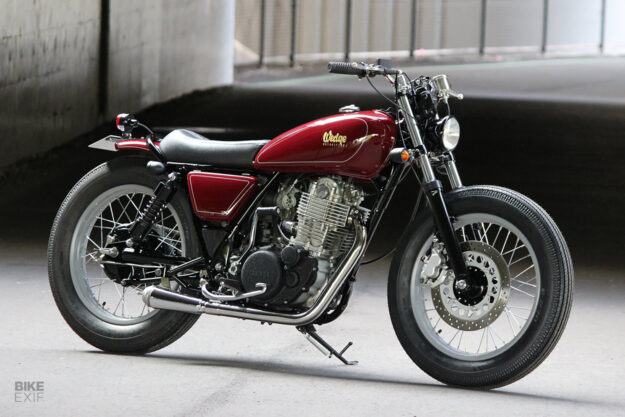 Takashi Nihira has won awards and taken commissions from major OEMs. But the man behind Tokyo’s Wedge Motorcycle also knows how to tone it down, when the brief calls for it. And whether he’s building an all-out showpiece, or a humble commuter like this tidy Yamaha SR400, his work always shines.

With factory-level finishes and a stance adjustment, this SR400 feels more like a restomod than a full-on custom job. But the magic lies in its subtlety. There’s no one big centerpiece here—instead, Nihira-san has treated the Yamaha to a flurry of well-judged tweaks. 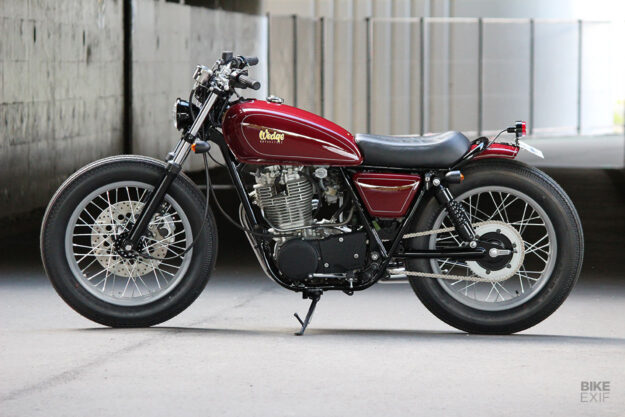 Its low-slung and compact nature is a direct answer to the client’s needs. “The owner of the bike is a woman, and it’s her first bike,” explains Takashi. “So she wanted a bike that is easy to ride and manageable.”

“Therefore, I made it custom—but not too much—while trying to keep some of the stock look.” 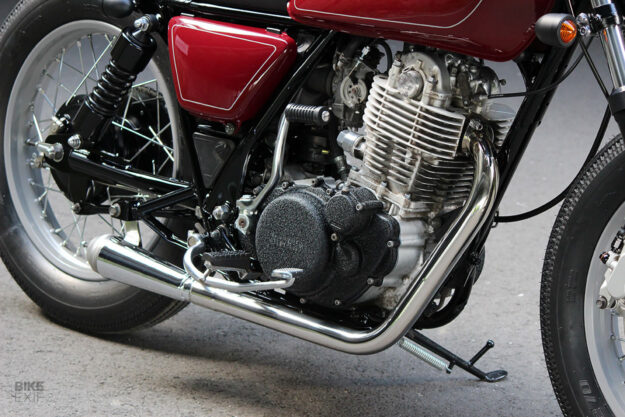 Takashi kicked things off with a standard issue 2008-model Yamaha SR400. It was in fairly decent nick too, so the engine just needed some basic maintenance to keep it ticking over. A lick of wrinkle black paint on the cases added the first tasteful touch.

The SR’s single-cylinder mill is fed by the original carb, but the exhaust system is new. Takashi fabricated a tightly-routed stainless steel header, terminating in a Supertrapp muffler. 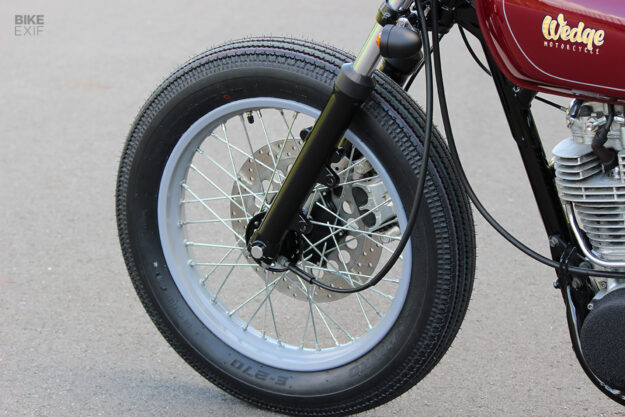 Getting the Yamaha’s stance just right was a top priority. The owner is rather petite, so Takashi wanted to make sure the bike would suit her frame, and that her feet would be able to reach the ground easily.

To get there, he shaved 2” off the front forks, and installed a set of shorter aftermarket rear shocks. Then he stripped the SR’s original 18” wheels, repainted the hubs and rims, and re-laced them with brand new spokes. They’re wrapped in vintage-looking Shinko rubber. 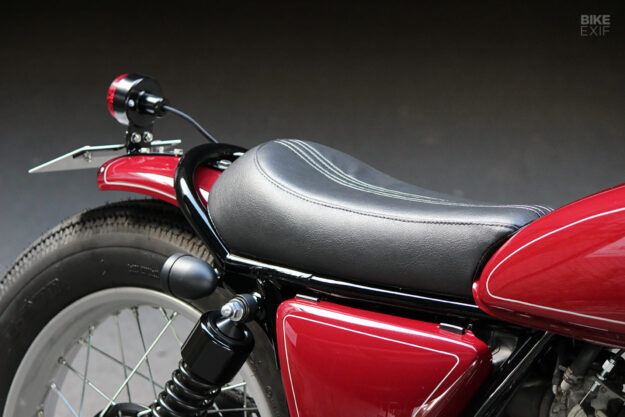 The bodywork is a selective blend of stock and custom. Takashi kept the SR’s iconic teardrop fuel tank, but tweaked how it sits by modifying the front and rear mounting tabs. “The reason for the modification was to make it level,” he says, “and to create a straight line from the fuel tank to the seat.”

Further back, Takashi cut and looped the subframe, then made a custom seat pan for one. Once the seat’s foam was shaped, he sent it off for upholstery and fabricated a rear fender to finish off the tail end. The side covers are stock, and the front fender’s been binned. 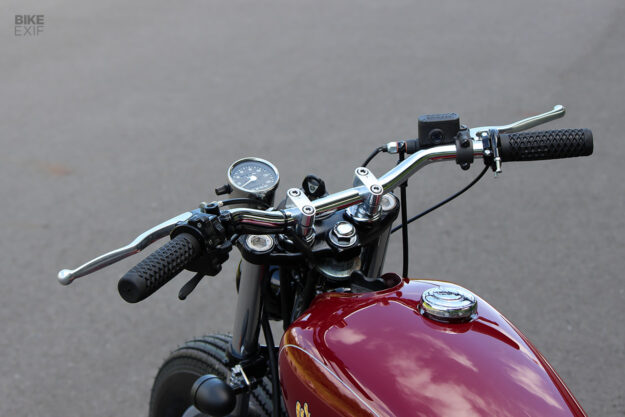 The build’s finished off with a laundry list of vintage-looking parts. A 4” Bates-style headlight sits up front, with a classic round taillight out back, and bullet turn signals at both ends. A set of low-slung chromed handlebars is adorned with Vans grips, and the original Yamaha levers and switches.

Takashi also fitted a small aftermarket speedo, but kept the OEM ignition—and the useful helmet lock that sits alongside the left shock mount. 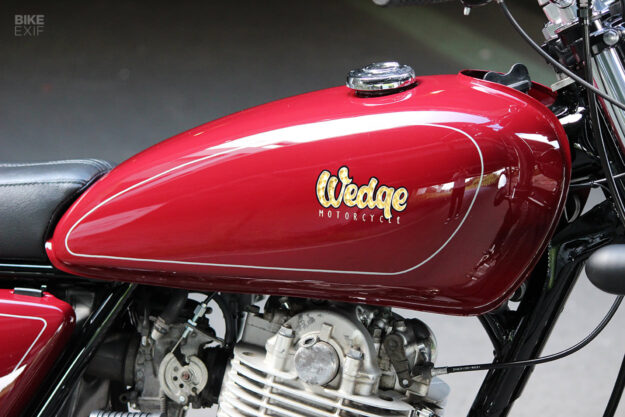 Wedge is known for its paint work as much as it is for its custom bikes—but again, Takashi kept things simple and tasteful here. The SR is shot in a timeless red finish, complemented by white pin striping. Golden Wedge logos on the tank add just the tiniest amount of flair.

The end result is a handsome little runabout, perfectly suited to its rider with zero frou-frou. What’s not to love? 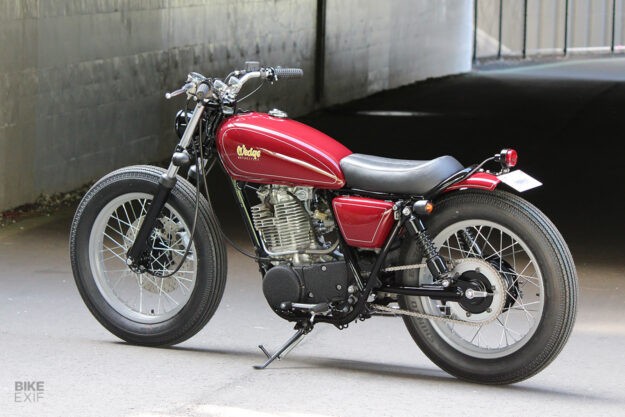