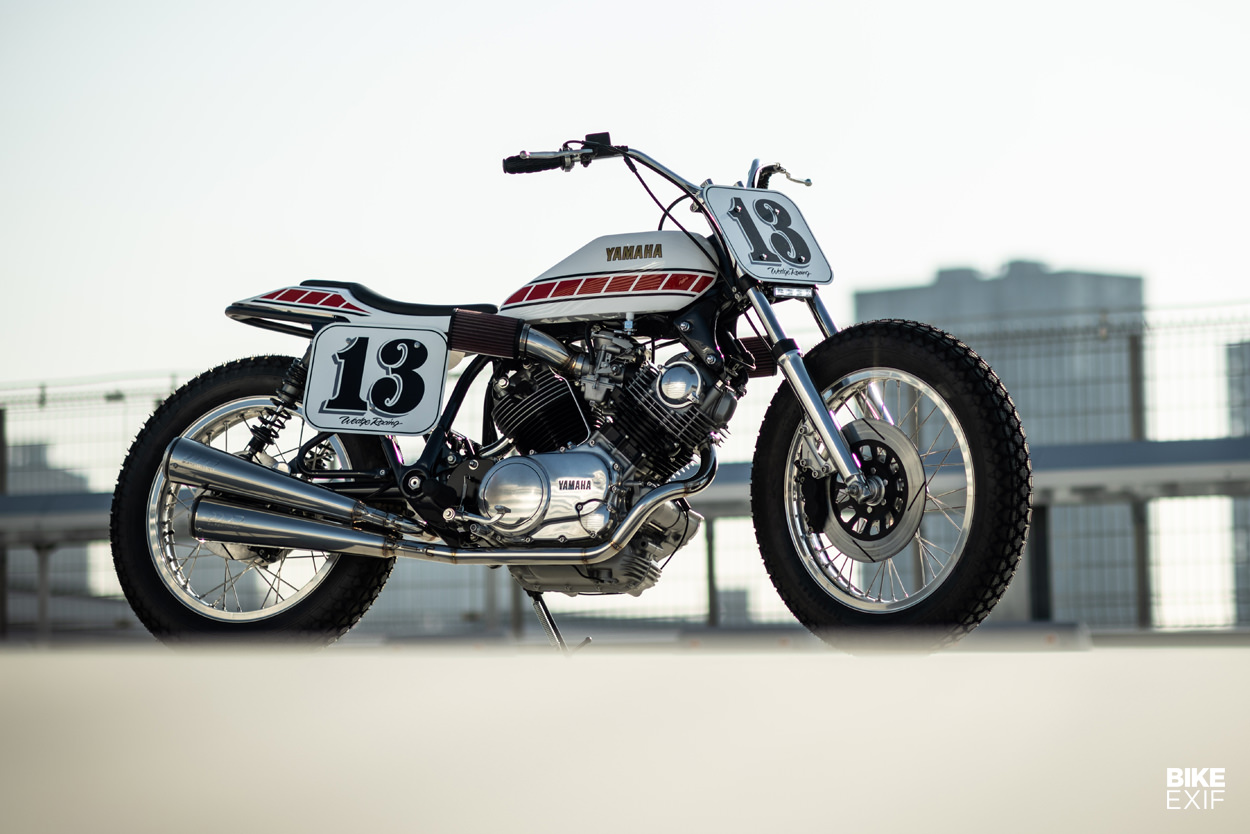 Forty years ago, Yamaha made a brief foray into the flat track scene in the States with its XV750 race bike. Like most go-fast, turn-left machines, it was a bit of a looker—and provided inspiration for this phenomenal street tracker from Takashi Nihira.

Nihira-san runs Wedge Motorcycle, one of the top Japanese custom shops. He’s won multiple awards at the Yokohama Hot Rod Custom Show and was tapped by BMW to participate in their G310R custom project. 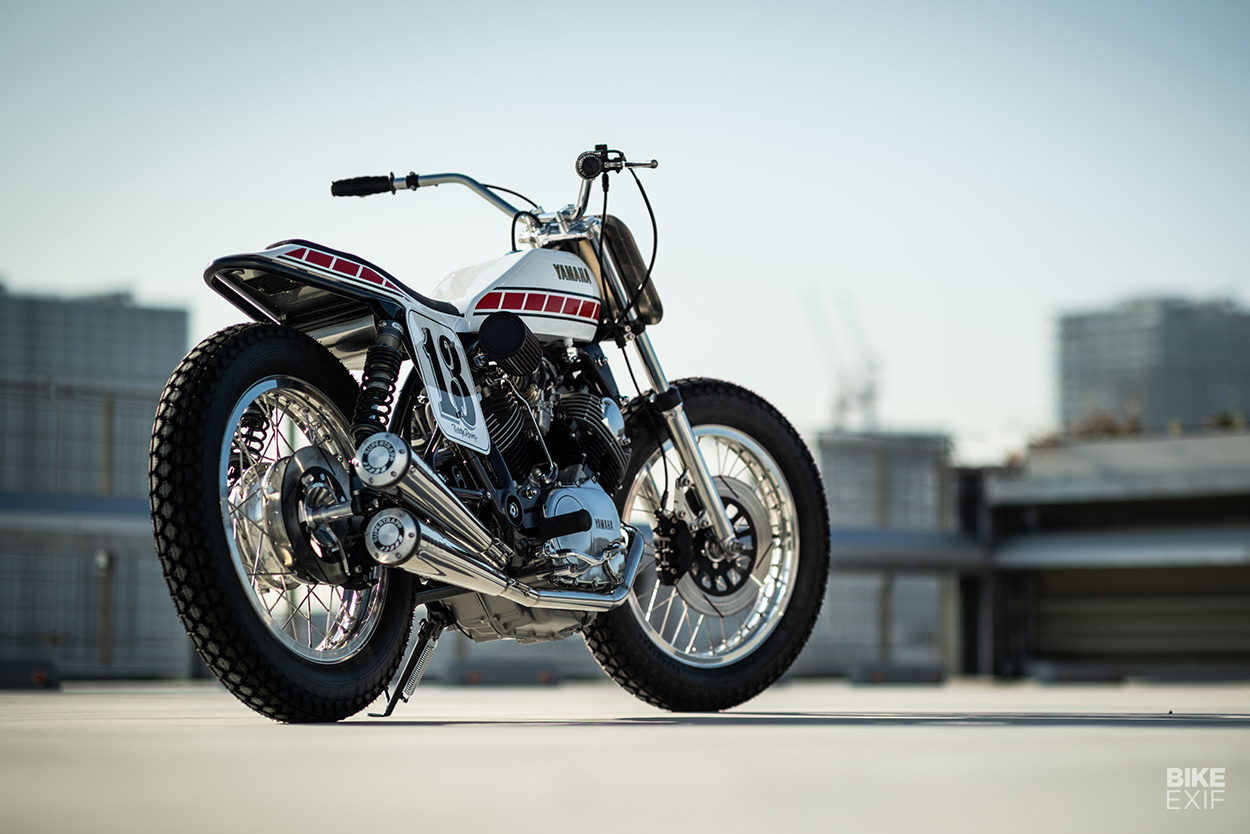 This XV750 is a commission, from a customer who’s a fan of the XV750 flat tracker that Yamaha campaigned in the AMA Grand National Championship in the early 1980s.

That race project lasted just a couple of years, despite Yamaha shipping 75 engines to the States. They made them available to privateers for just $2,000, and hired Kenny Roberts and Mert Lawwill for the team. 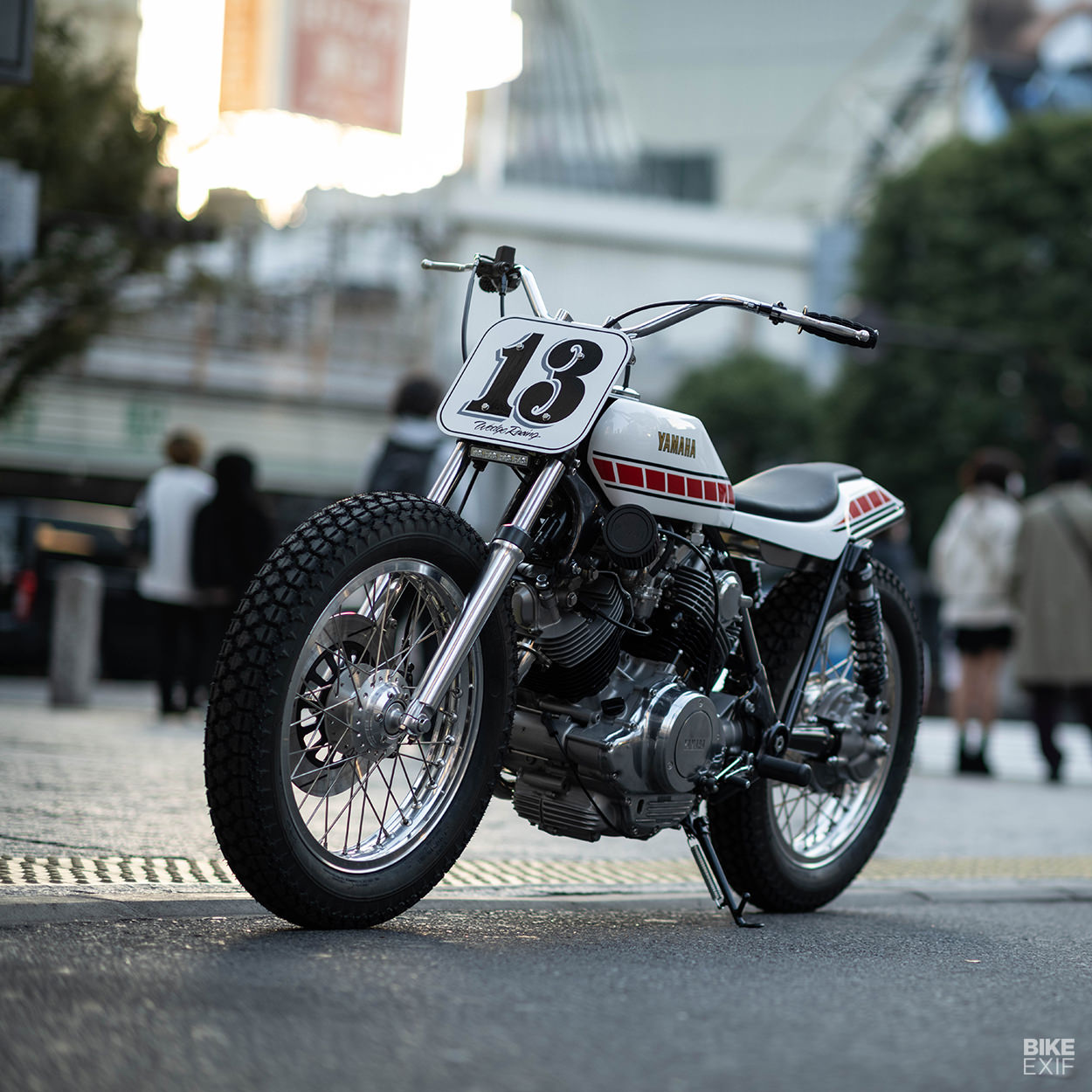 The engines were not short of grunt, and were rumored to be in the same 80 hp ballpark as contemporary XR750s.

The donor bike for this build was a 1981 Yamaha XV750 Special. In stock form this model is a slightly ungainly ‘custom’ V-twin with shaft drive, and bloated bodywork that sends wet weight into the region of 500 pounds—a far cry from the low and lithe machine that Wedge have created. 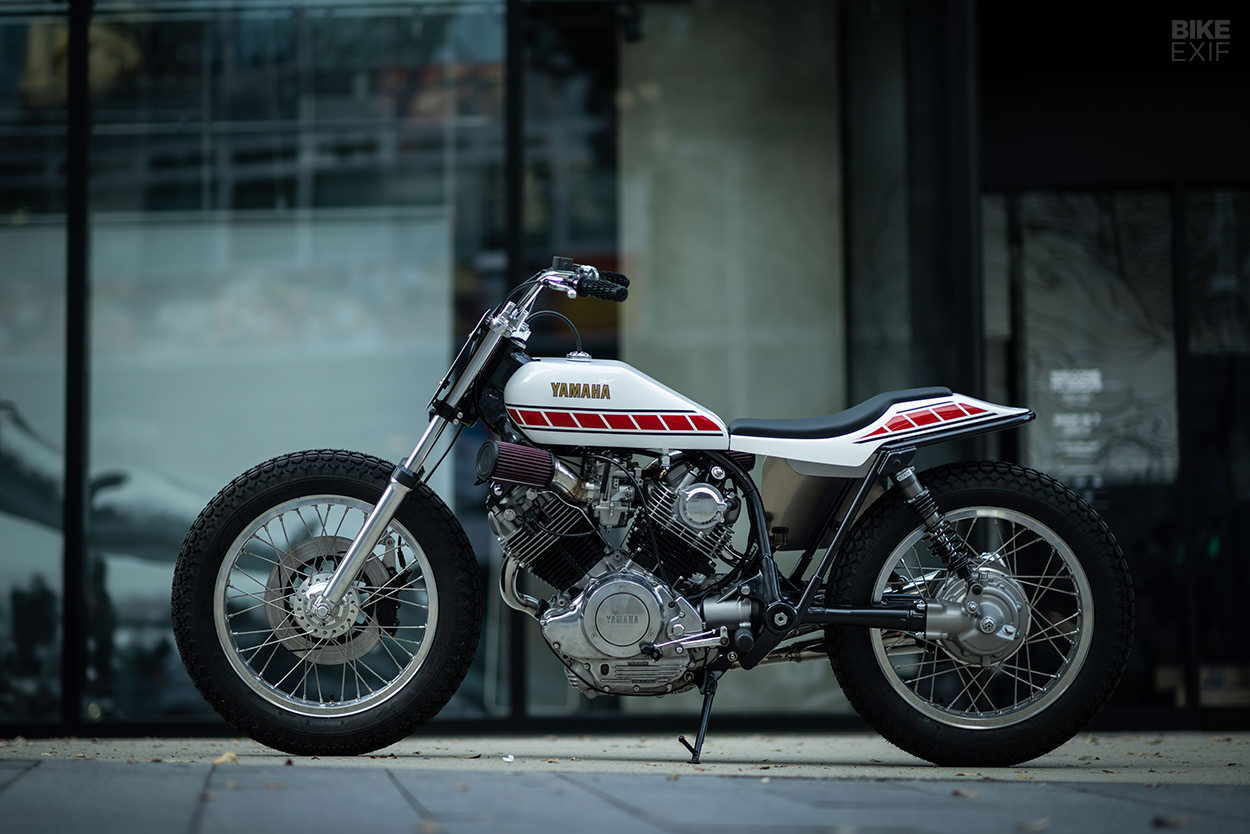 Wedge’s customer already owned the XV750 before he dropped it off at the workshop in the western suburbs of Tokyo. To make the build easier, the client also helped search for hard-to-find parts in the USA, and imported those parts into Japan himself.

Wedge started with an engine teardown to reverse four decades of use. New pistons are matched to a refurbished bottom end and cylinder heads, and the Hitachi carbs have been treated to K&N filter pods. 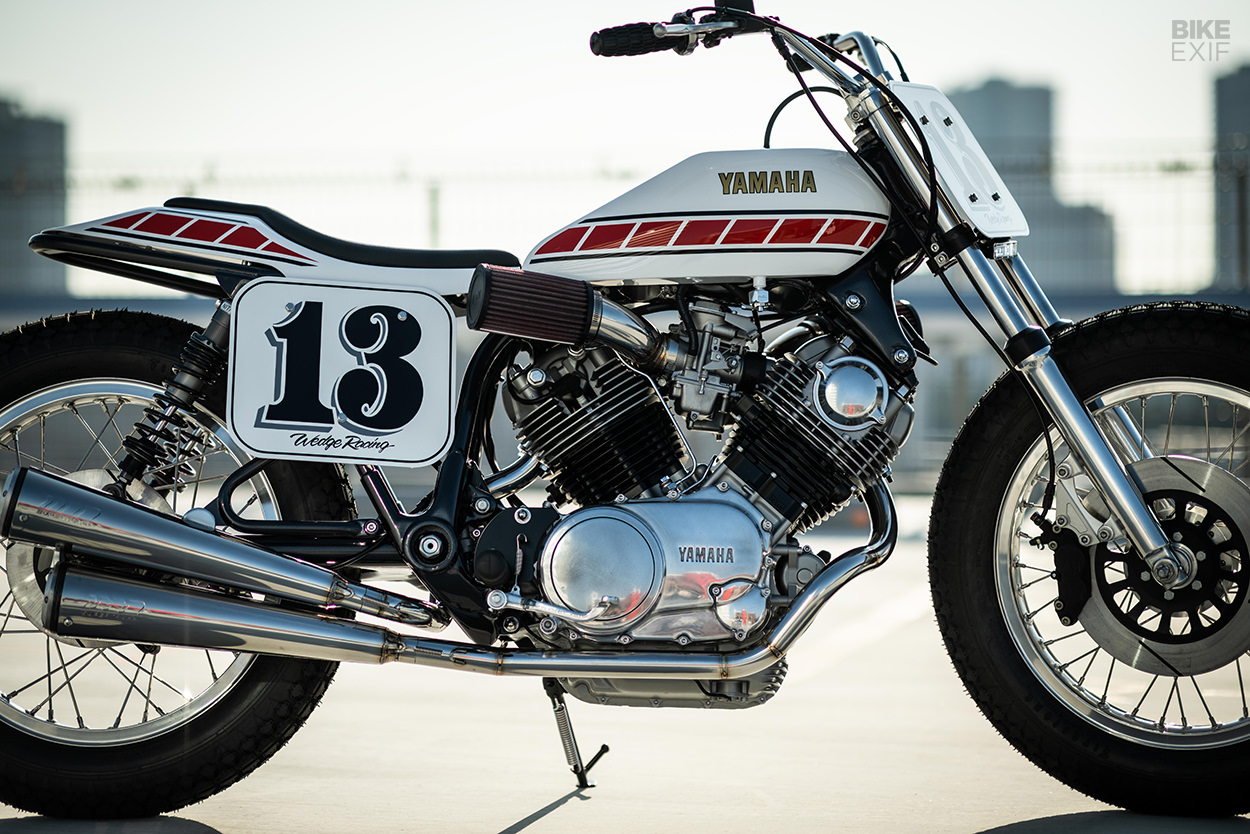 New exhaust pipework hugs the contours of the engine and frame, terminating in a pair of SuperTrapp megaphone mufflers.

Wedge have also fabricated a new seat rail at the back, and topped it off with a slim flat track tail/seat unit. But that was a simple exercise compared to the swingarm. The XV750 Special was an early example of a monoshock bike, but the flat track look requires conventional twin shocks. 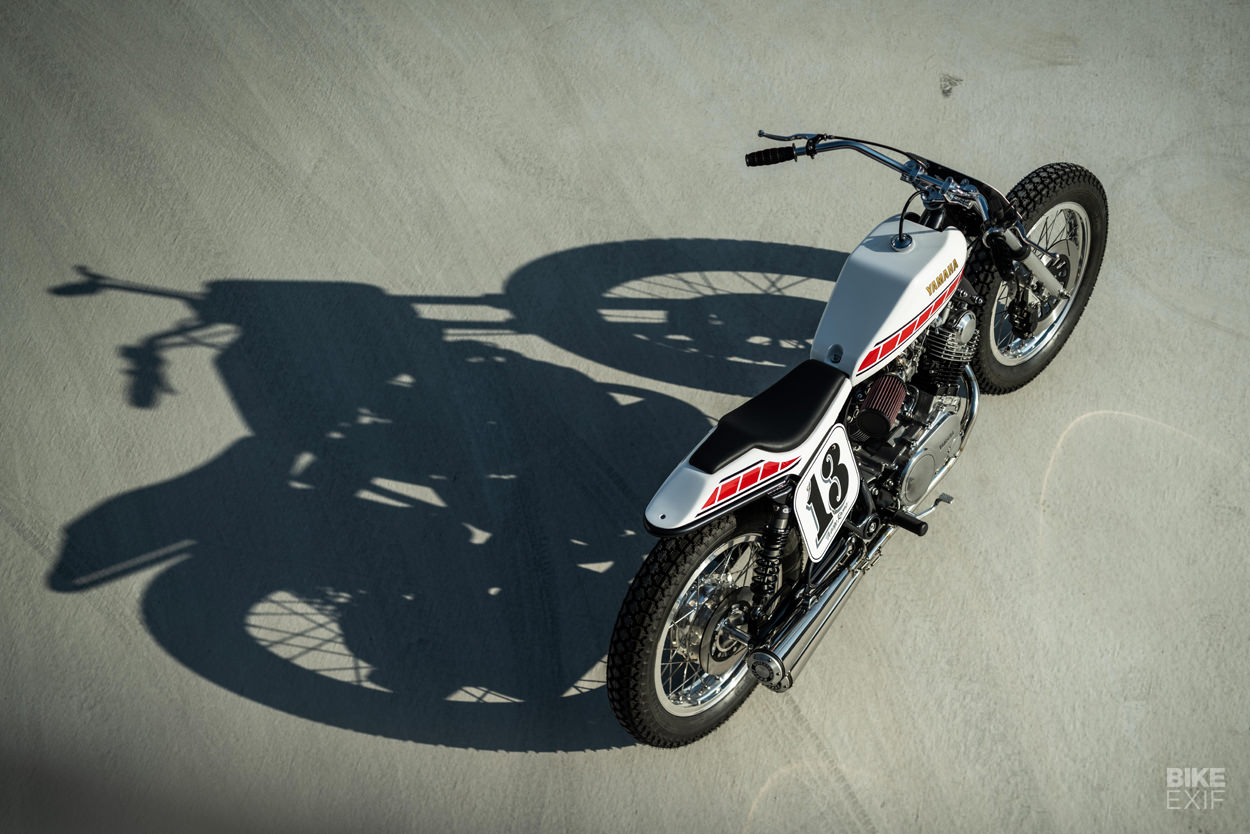 So Nihira-san has modified the swingarm from an XV750 Virago, which had twin shocks and therefore the essential mounting points. “It did not work well as a simple replacement, so I modified the mounting positions and the swingarm pivot. It now moves smoothly.” The new shocks are UK-built Nitrons.

The front suspension is a mix of Yamaha parts to suit the style of the bike. Wedge have taken the forks and steering neck from an XS650, and mated them to a modified top yoke from an SR400. 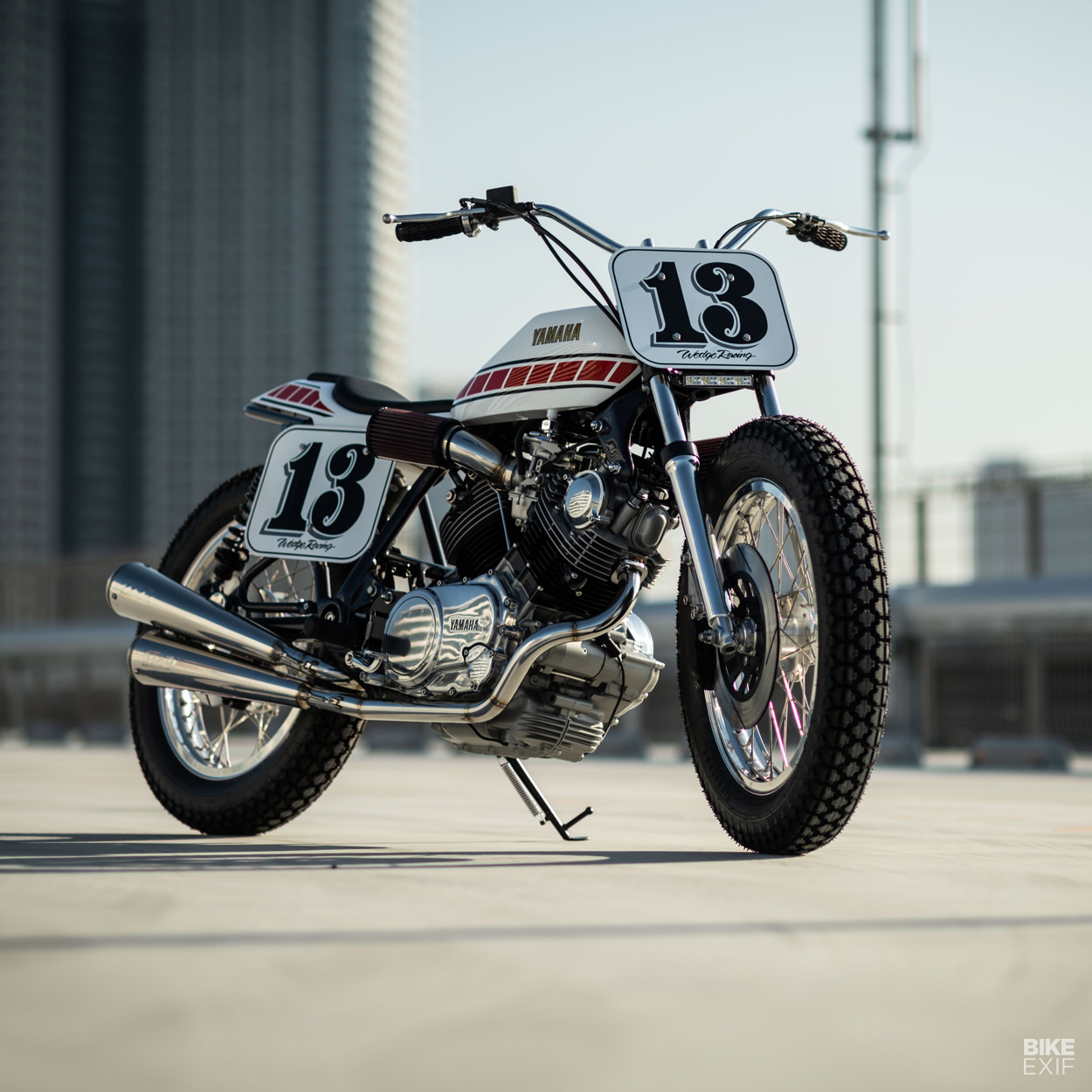 Just ahead is Motogadget’s smallest speedo, the Motoscope Mini, and tucked under the classic square number is a simple rectangular LED headlight. The turn signals are tiny Kellermann units.

A Sunstar rotor is hooked up to the front hub, with Brembo four-pot calipers activated by a Grimeca master cylinder. The 19-inch wheels have classic high-shouldered ‘H’ profile rims, and the tubed tires are Firestone’s modern update of the iconic ANS tread pattern, at 4.00 section both front and back. 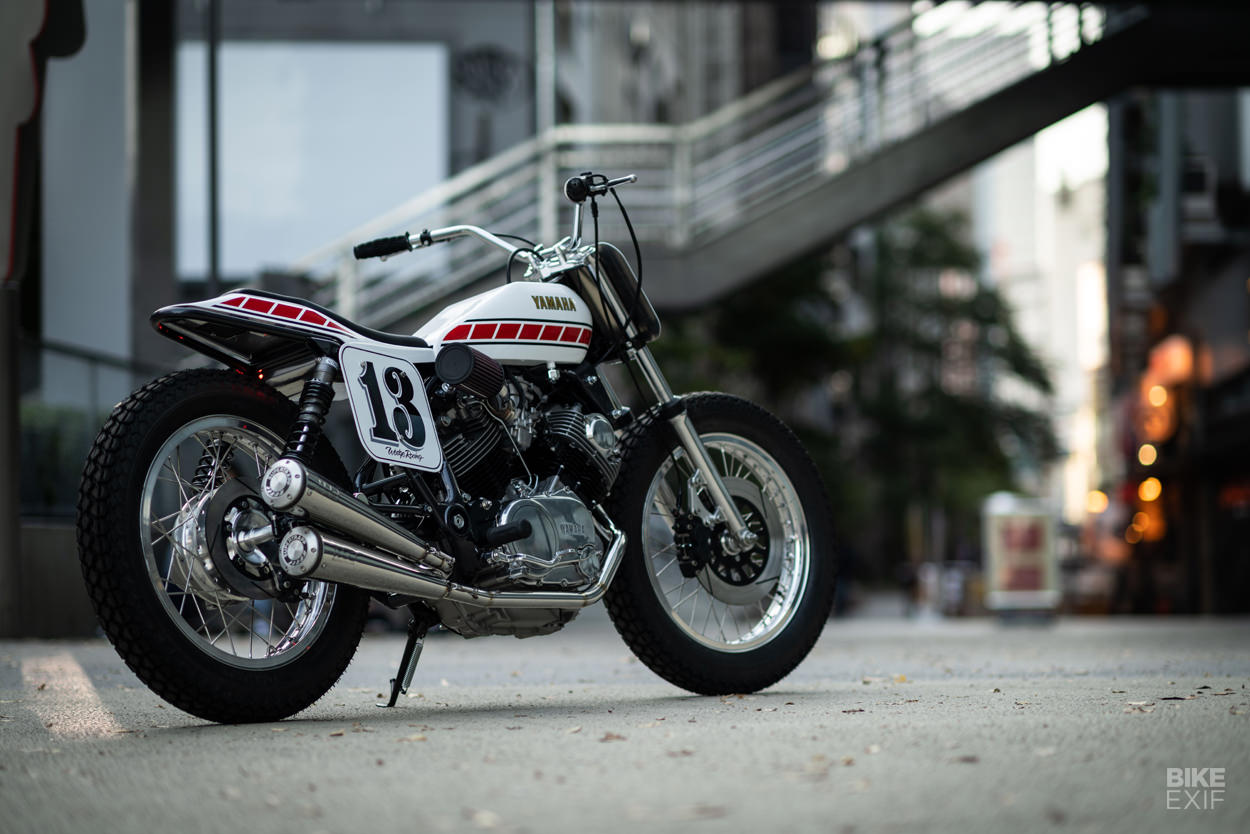 Rear braking is handled by a new Sunstar rotor and Brembo two-pot calipers, this time plumbed up to a Nissin cylinder.

The cream on the cake is the new tank, hand-shaped out of steel and crafted so expertly, it could be a factory fitment. Wedge are renowned for their paint, and have finished off the bodywork in understated solid white—plus the iconic Yamaha ‘speed blocks.’ 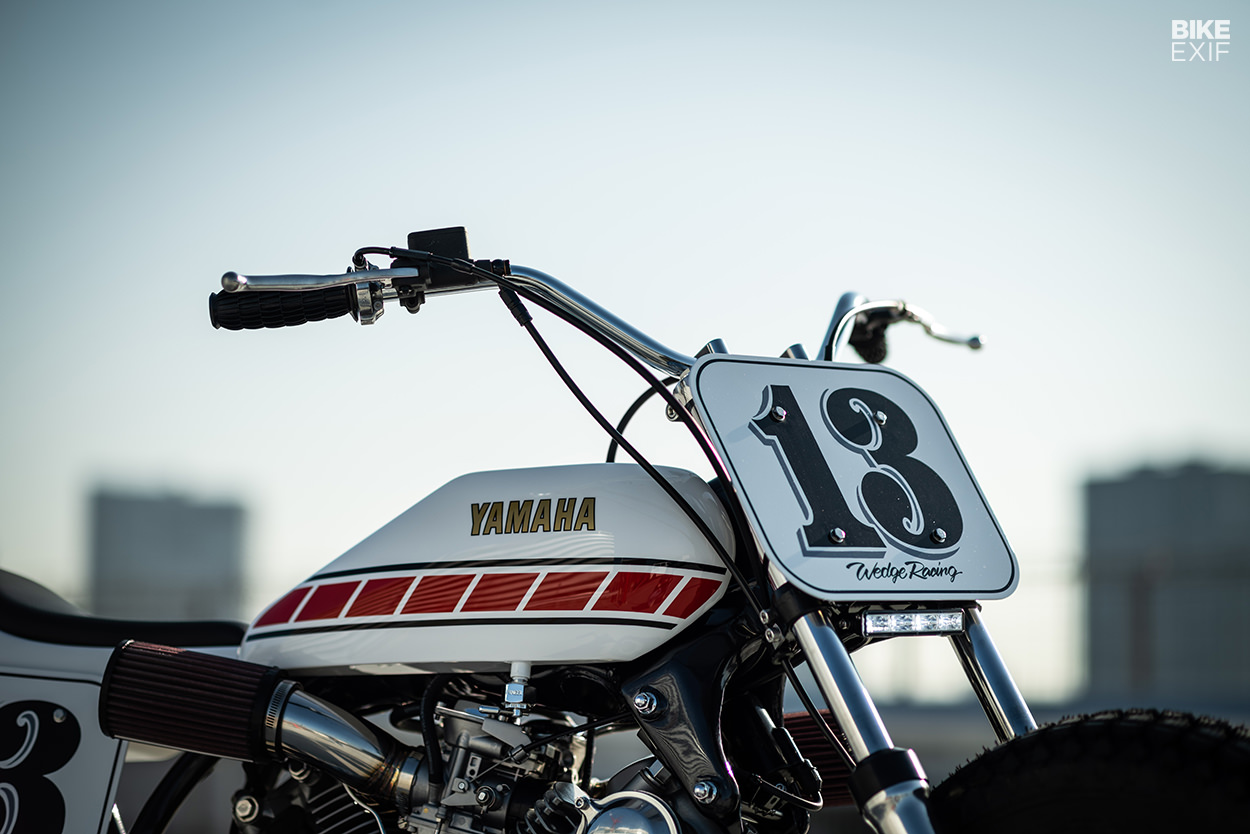 Wedge’s XV750 is not the most radical custom build we’ve ever seen, but it caused a sharp intake of breath as soon as we saw the images—and that doesn’t happen often.

We’d park this baby in the EXIF garage in a heartbeat. 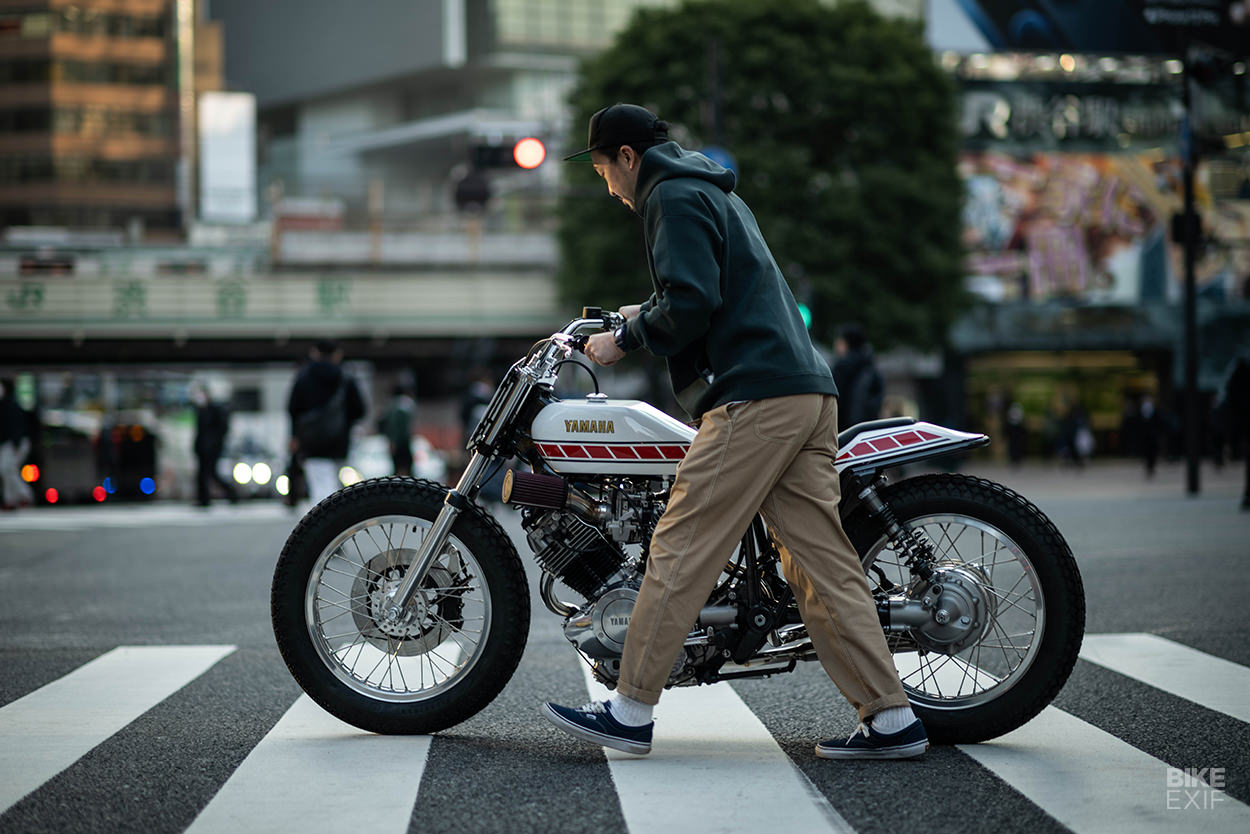