Vintage Volts: Turning a Velocette into a hybrid 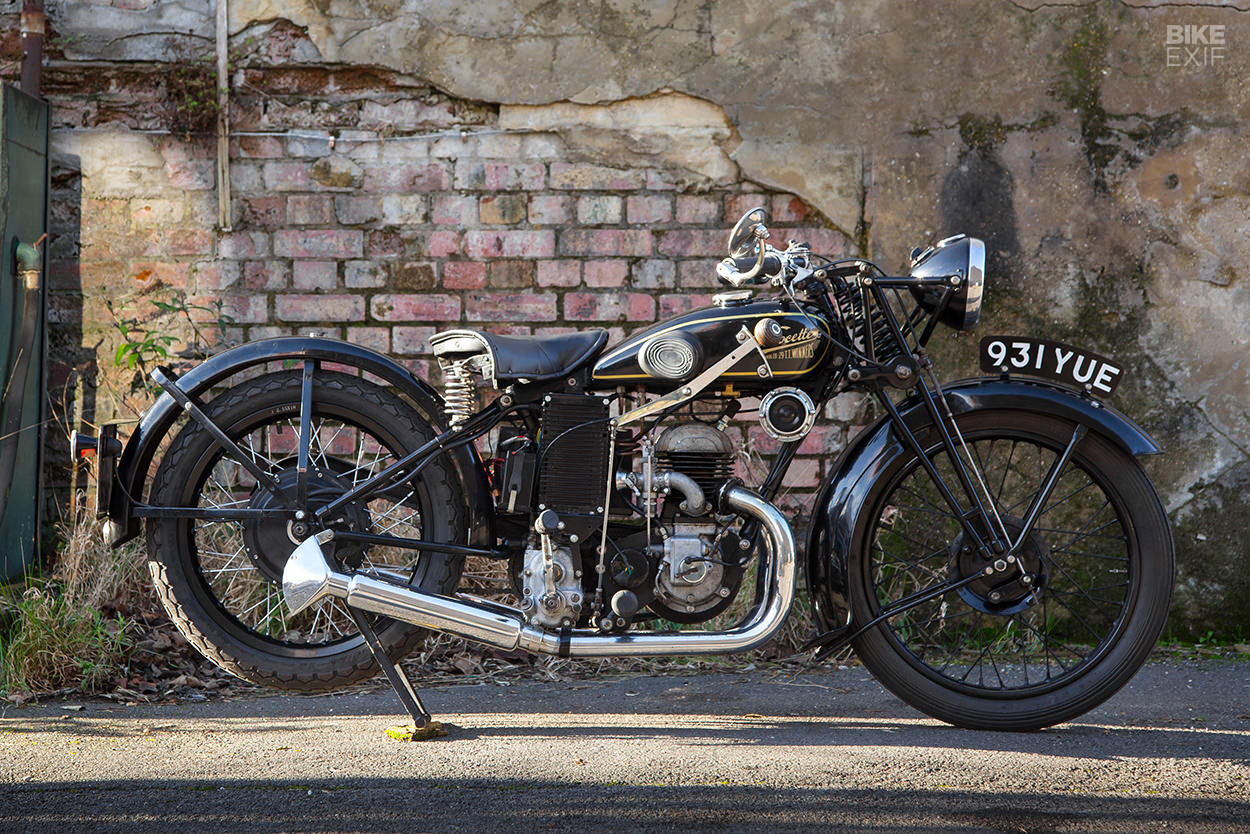 We all know about hybrid cars, with petrol engines and electric motors sharing powertrain duties. And Kawasaki is promising hybrid motorcycles in its showrooms by 2025.

But the Japanese giant has been beaten to the punch by a couple of blokes in London, and an ancient Velocette that’s almost a century old. Because Rex Martin and Adam Kay of Untitled Motorcycles have created one of the most intriguing customs we’ve ever seen—with a modern 400W hub motor working alongside an elderly two-stroke single. 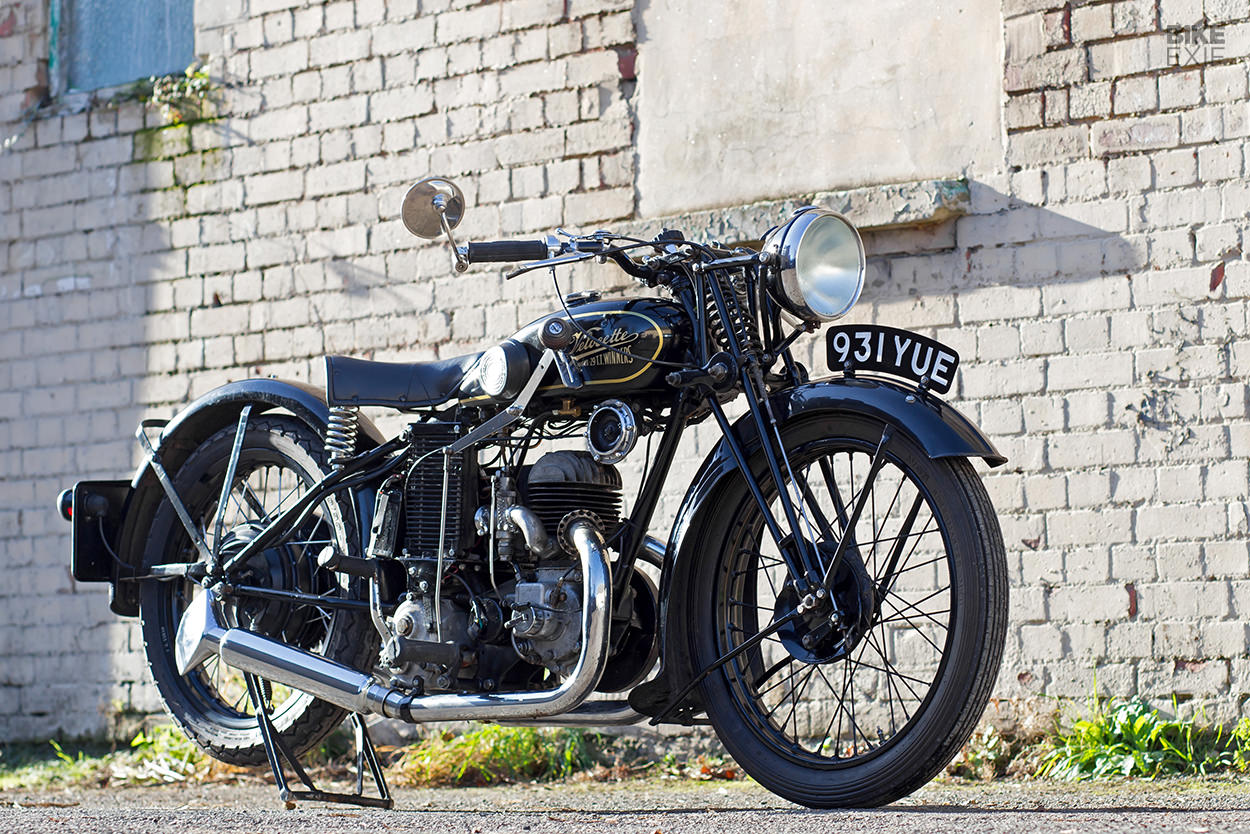 Rex bought the 1931 Velocette 250 GTP last year. The bike belonged to one of his customers, and Rex knew it well. So when the customer relocated to the USA, Rex parked the Velocette alongside the two-stroke Scott already in his garage.

After riding the bike throughout summer, trouble struck: the big end gave up. Suspecting oil starvation, Rex sent the broken motor to Alpha Bearings, who stripped it and found that it had a non-standard big end. 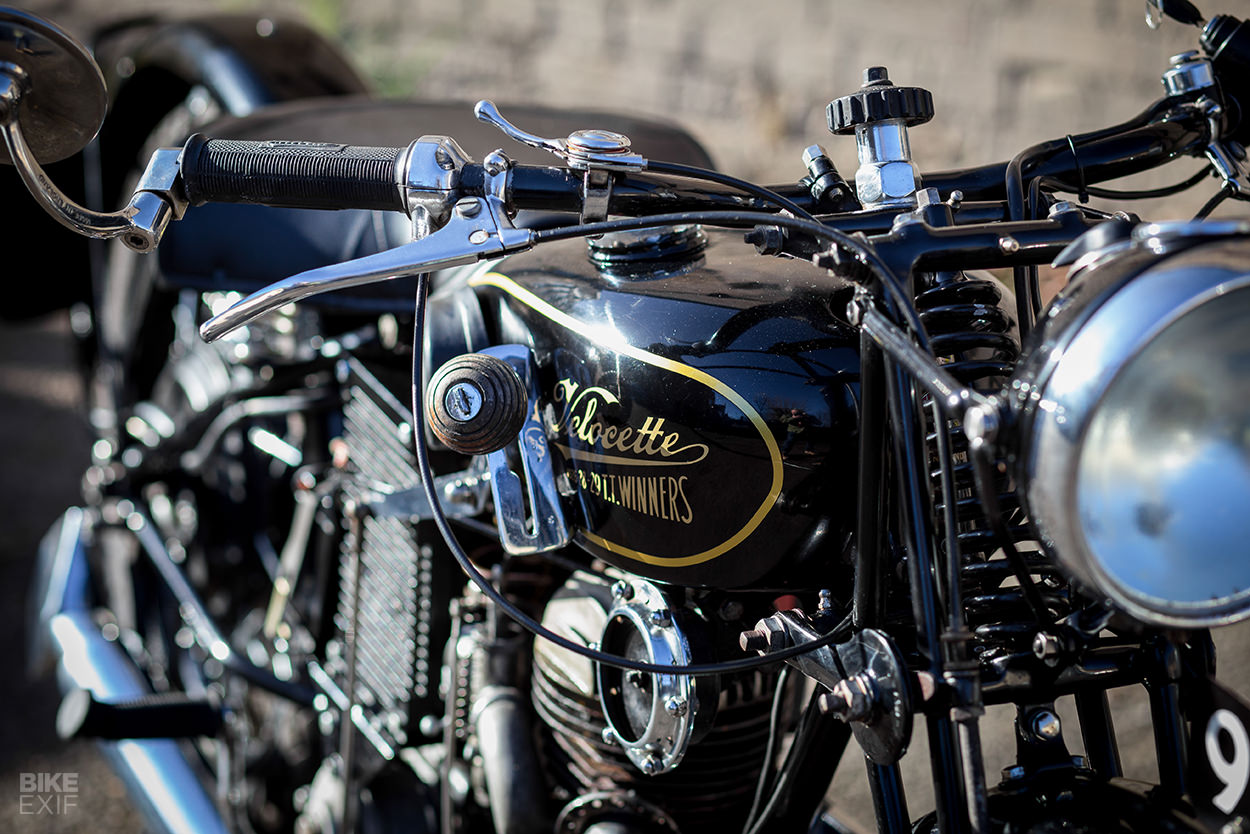 While contemplating the repair of the Velocette, Rex came up with an unorthodox but very practical idea. And it wouldn’t involve any cutting, grinding, or terminal damage to the GTP. 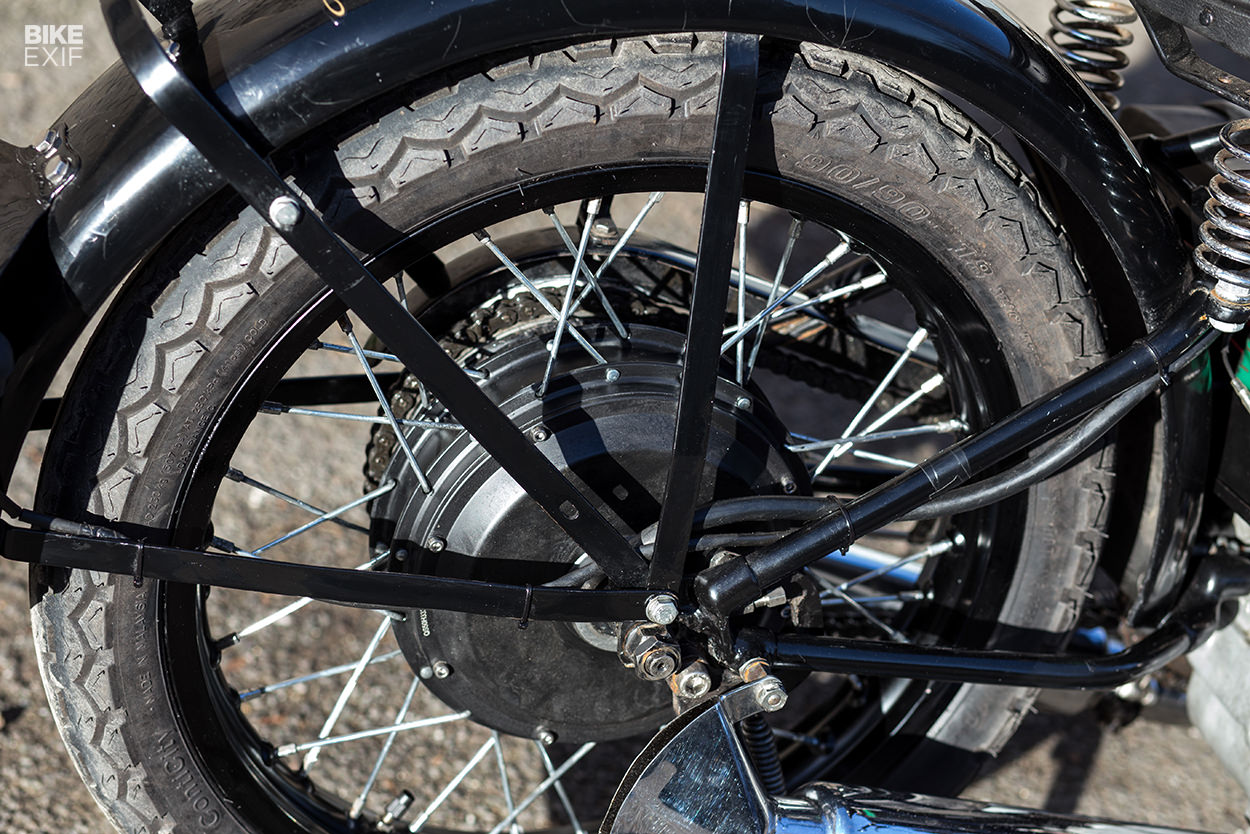 Adam gathered together the components they needed: a hub motor and associated wheel, a 72V 30Ah battery, a voltage controller and a new twist grip. (The throttle for the electric motor is on the left side of the ‘bars and therefore needs to be rolled forward to accelerate, which must be a little disorientating.)

Four days later the new system was fitted, including the fiddly part of integrating the rear brake drum and sprocket with the new hub. At 18 inches in diameter the new wheel was a size down on the original, but the lowered gearing worked fine on urban streets. 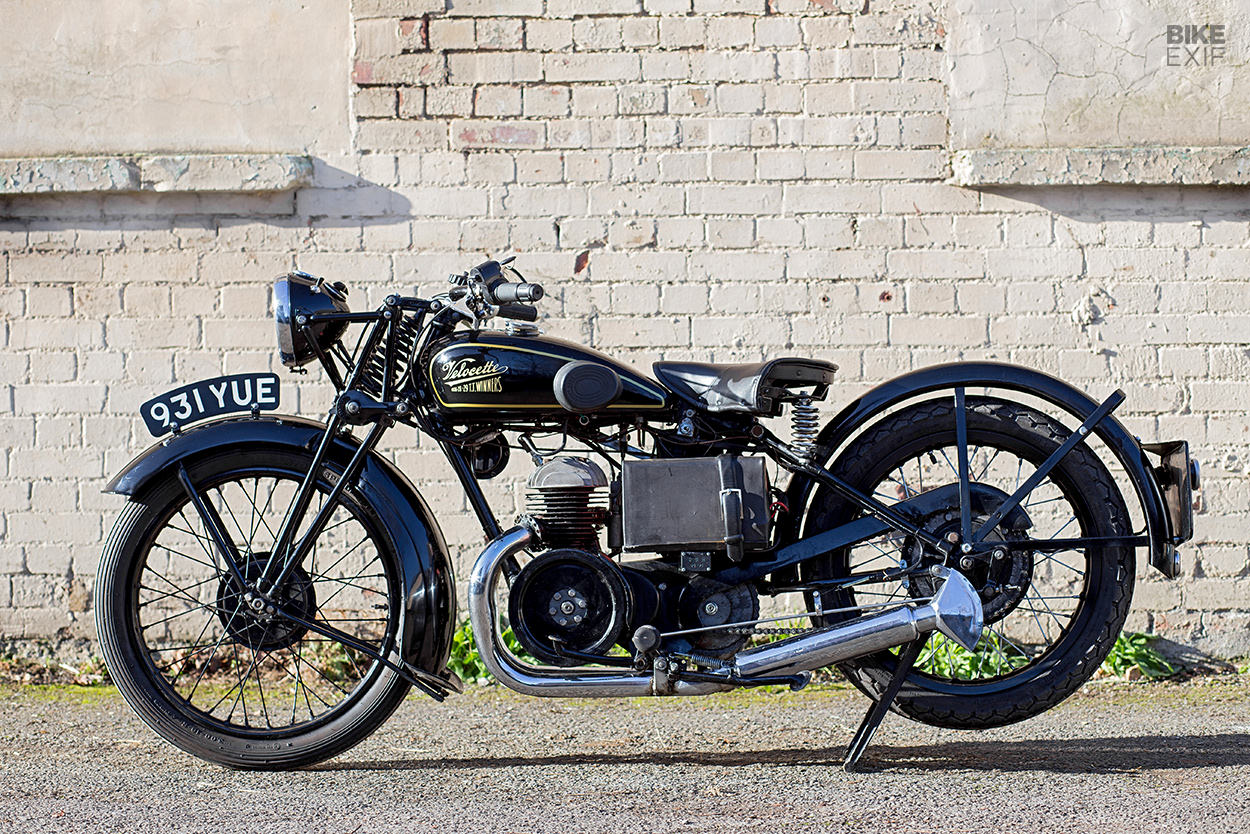 The battery is where the leather toolbox formerly lived, and is visible on the left side of the bike. Underneath the saddle are the voltage controller and transformer.

There was a hiccup in early testing, but Rex is familiar with the system now. The Velocette does not have a magneto, and relies on a 6V battery to start the engine. 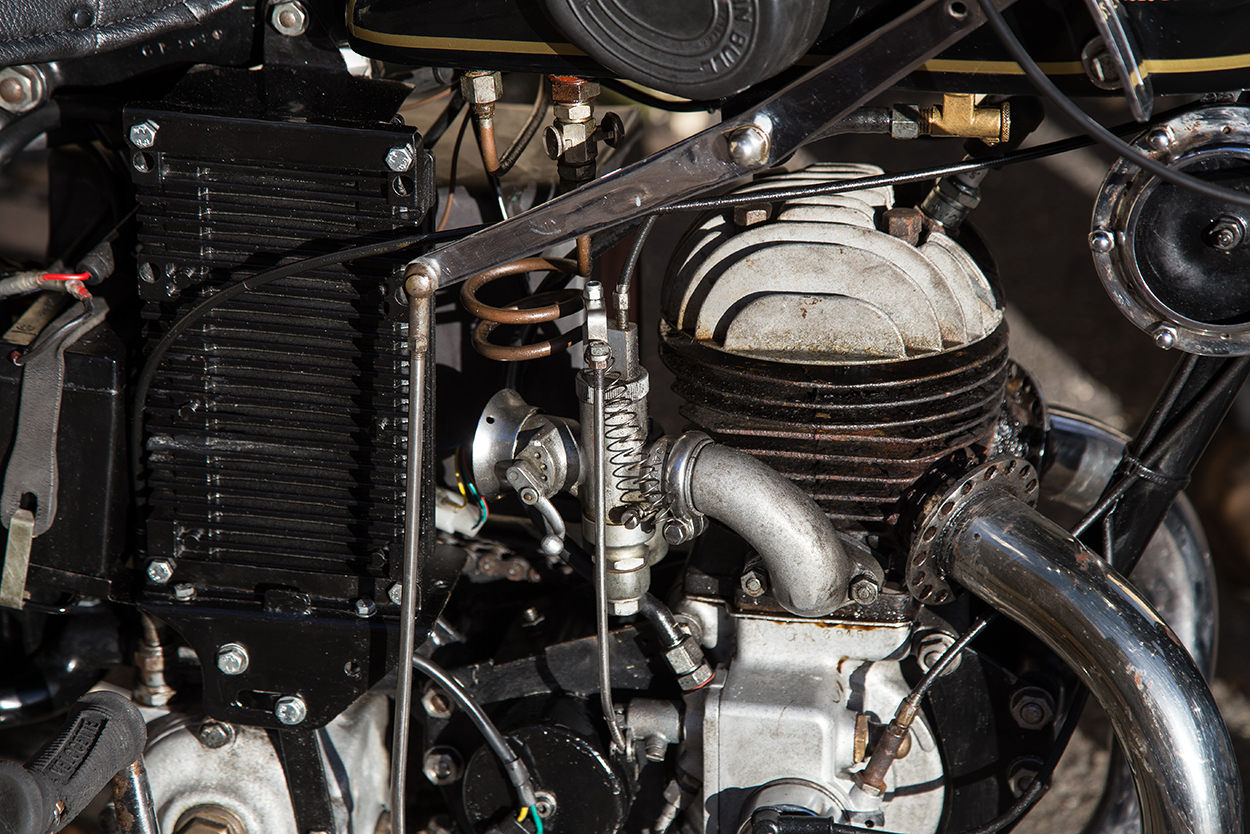 One day, Rex started his trip under electric power, and switched to the petrol engine when the big battery ran out—only to find that the 6V battery was flat. It won’t happen again, we presume.

Rex now uses his hybrid motorcycle for commuting, and it’s surprisingly well suited to the task. The handling is nimble, the sprung seat is low and comfortable, and the range on electric power is a serviceable 30 miles or so. 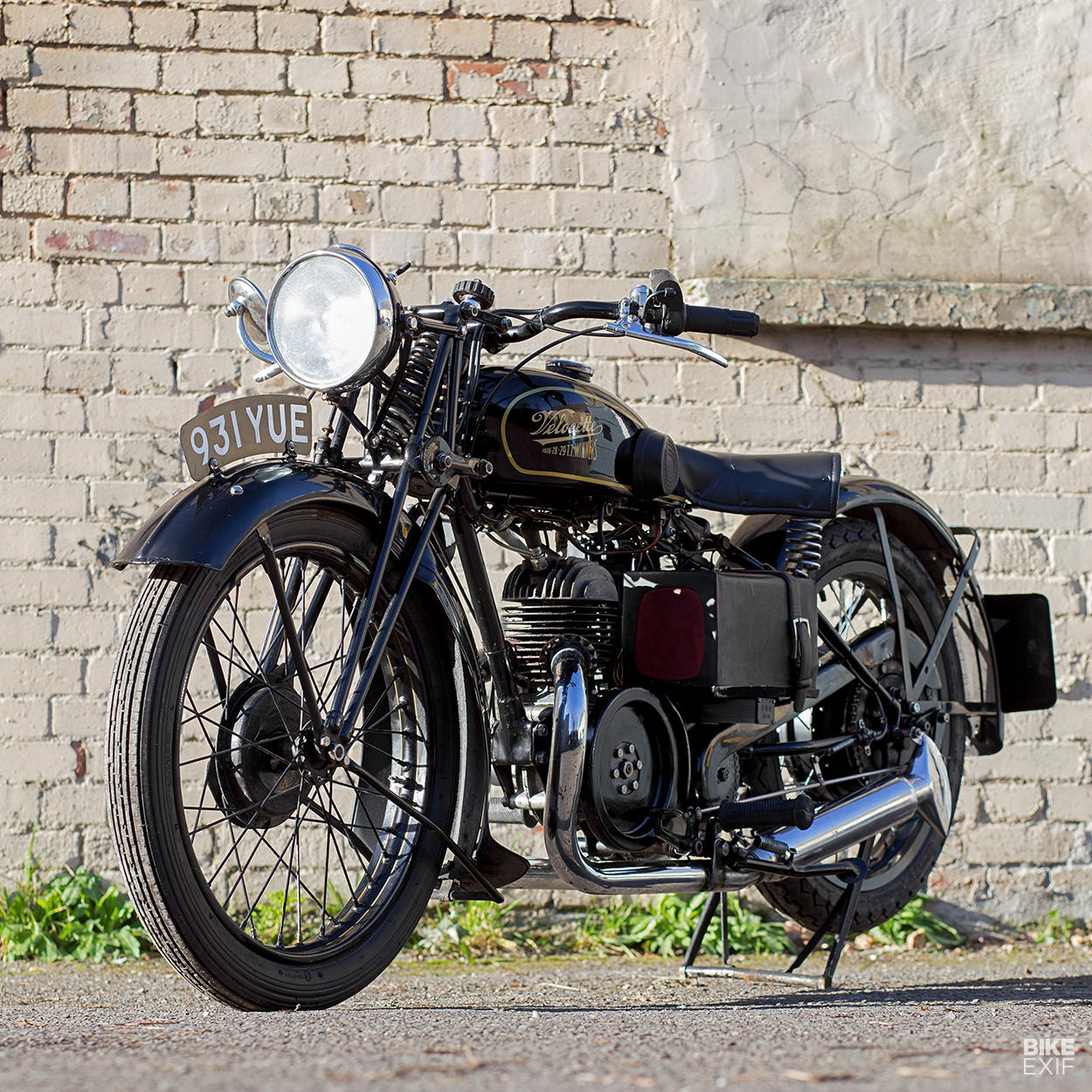 There’s no speedo but Rex suspects that his hybrid tops out at around 50 mph (80 kph). Acceleration in electric mode is very brisk, he reports: it’s also quiet, and almost drowned out by rattling from the suspension and spring seat.

The whole project is completely off the wall, but conversely, amazingly practical. That’s not a combination we often see—but it’s one we’d love to see more often. 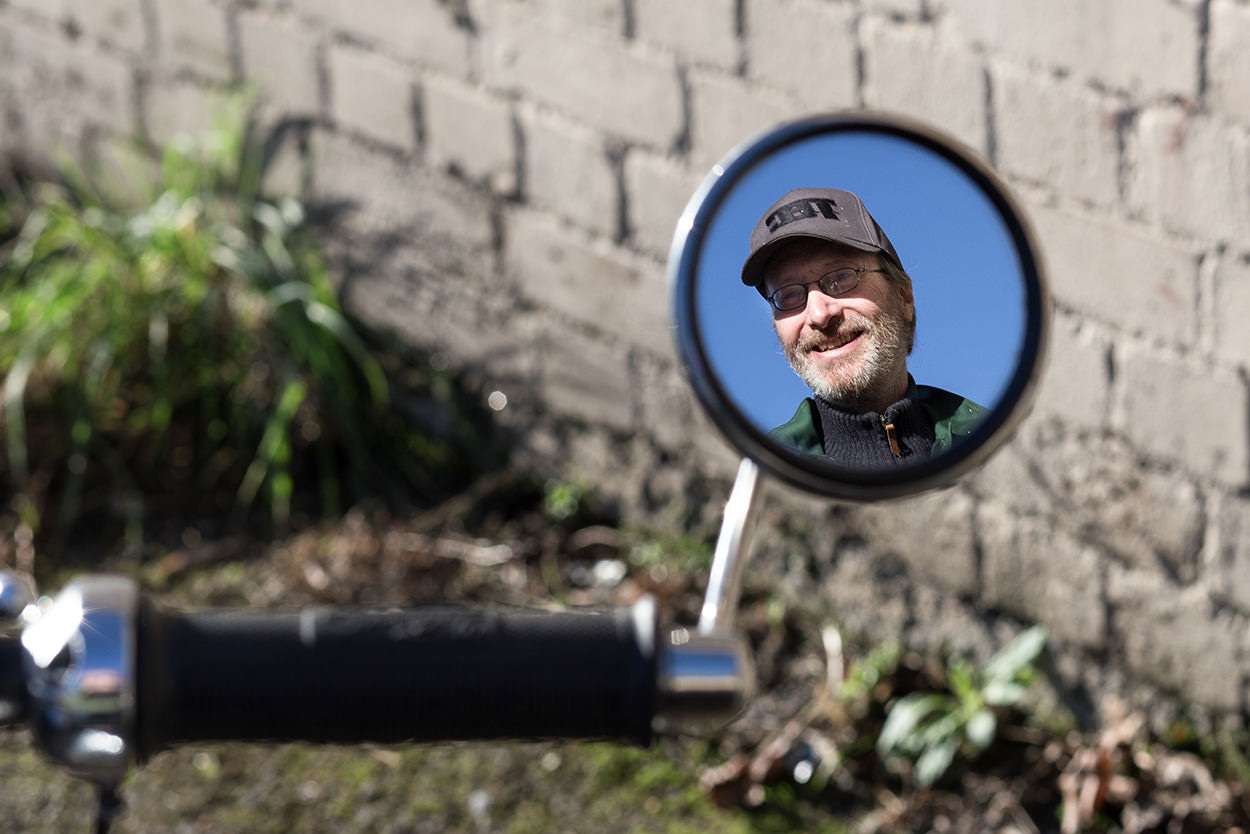