Win a custom Sportster from a dream team of builders 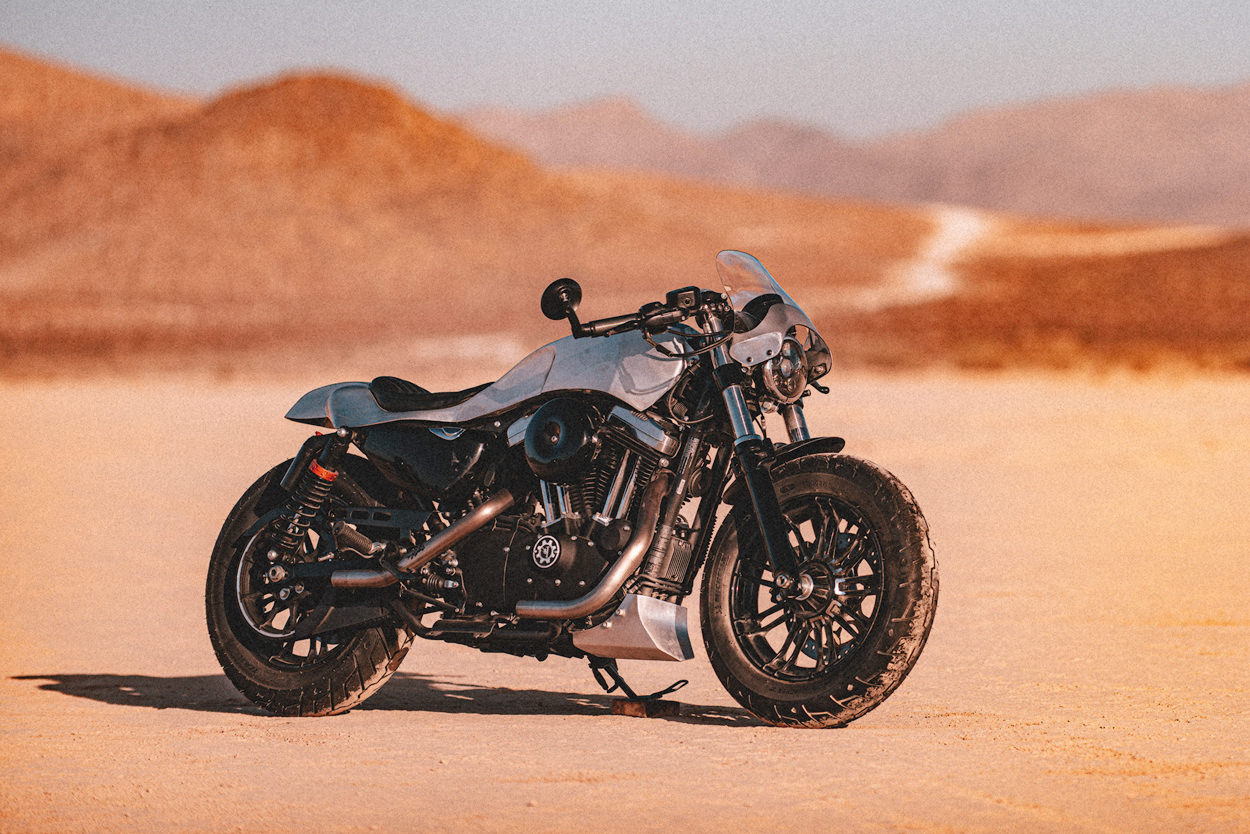 Charity motorcycle giveaways are a dime a dozen, but this one is a cut above the rest. If you live in the US, it’s your chance to win a current model Sportster reworked by four top American builders: J Shia from Madhouse Motors, Cristian Sosa, Jay Donovan and Joe Mielke.

Funds from the project are going to a seriously good cause: Waves for Water. Started by professional surfer Jon Rose in 2009, it’s a global charity that helps provide clean water in disadvantaged communities worldwide. So far, 155 programs have been set up in 48 countries, improving the quality of life for an incredible 3.75m people. 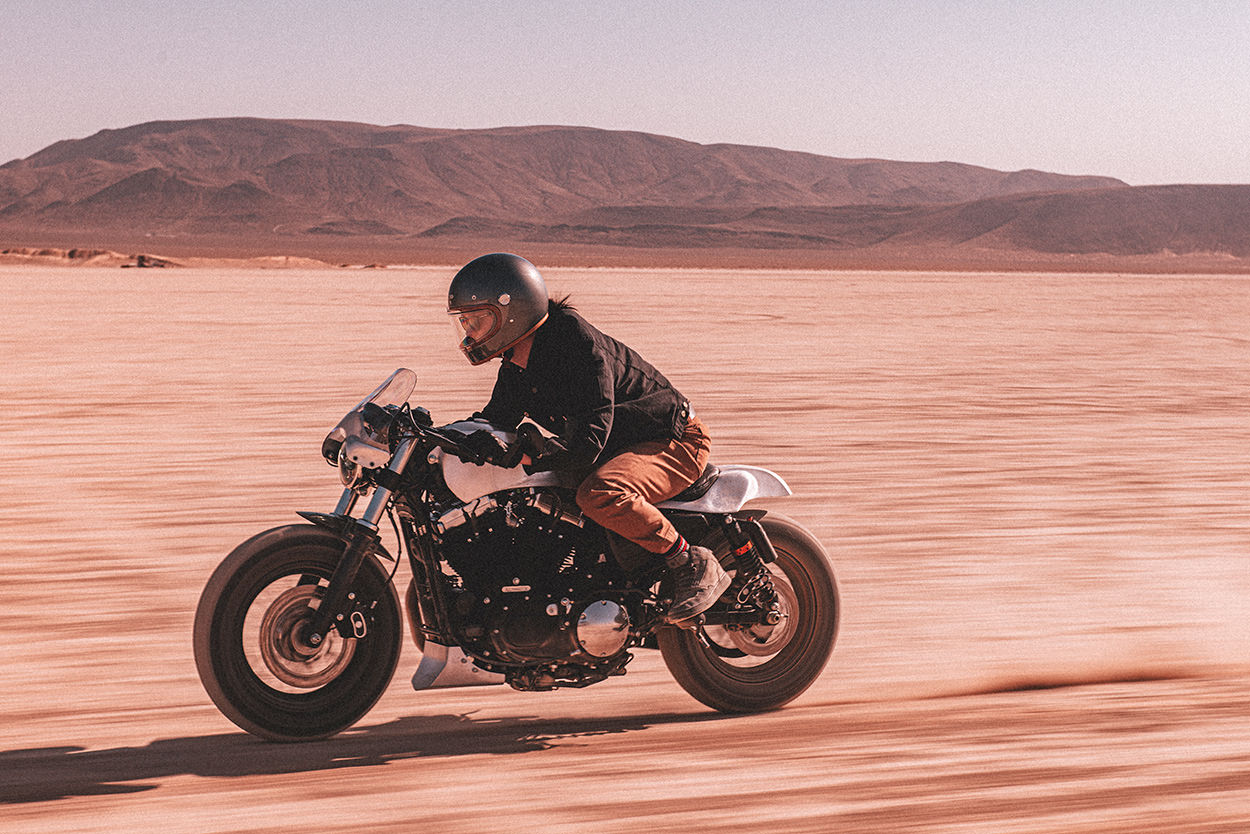 The idea for the bike build came from David Chang [above], who runs the popular CROIG Instagram account. In 2019 he visited Thailand to check out the moto culture—and distribute life saving water filters supplied by Waves for Water.

A return visit was planned for last year, but that was before COVID-19 hit. So David reached out to builders across the country, and suggested a plan: let’s customize a motorcycle, and use the proceeds of the sale to help Waves for Water. 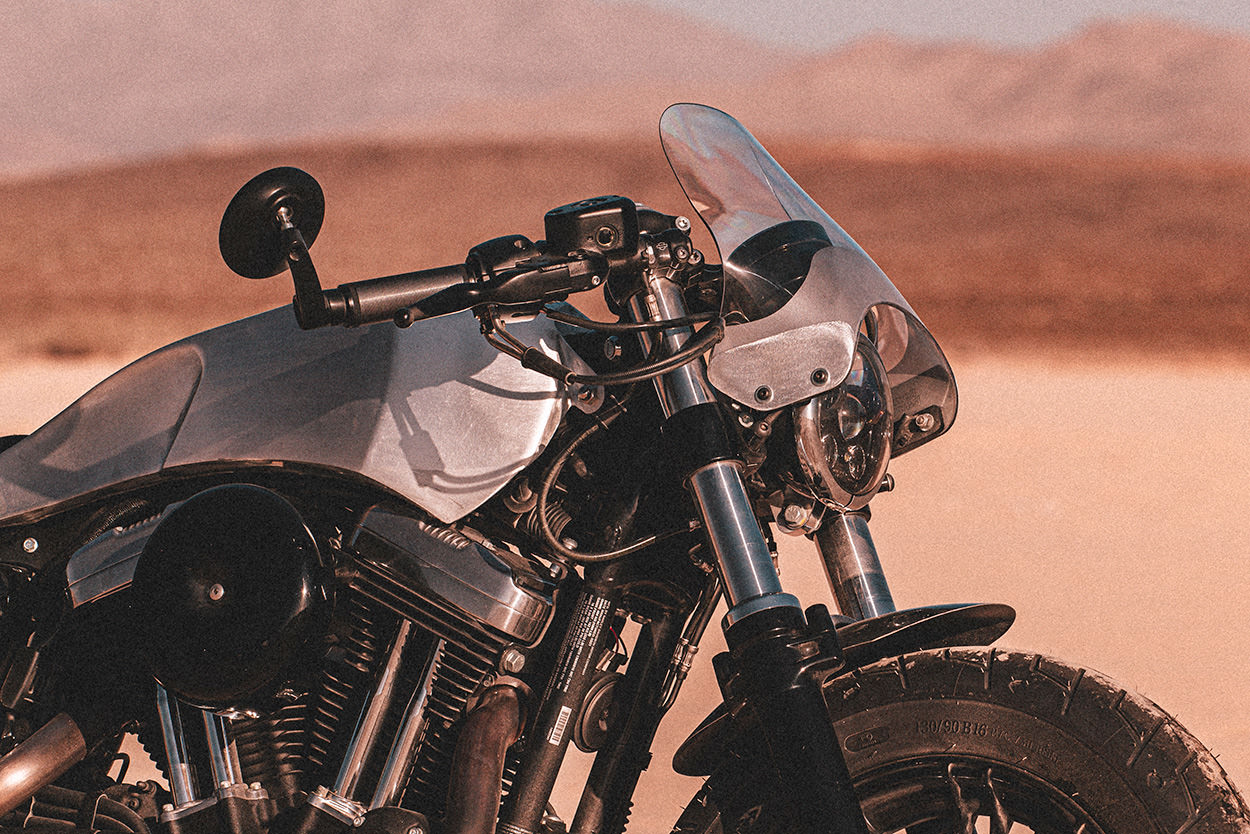 Convening at Cristian Sosa’s shop in Las Vegas, the team tore into a fresh 2021 Sportster, donated by Harley-Davidson. “The bike is a brand new Forty-Eight that had five miles when we got it,” says David.

“It went straight from the dealership to Sosa’s shop, and was taken apart almost right away—so the builders could see what they were working with.” 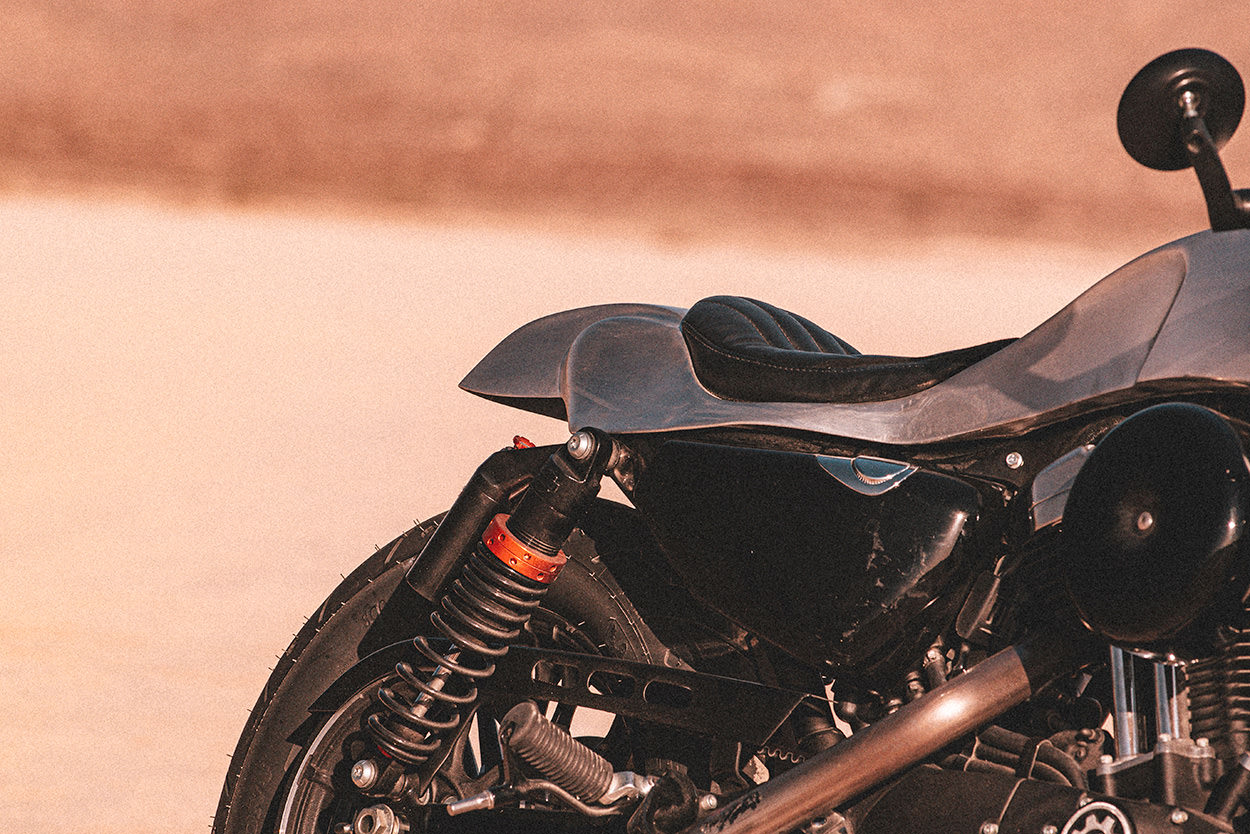 As part of the deal, Harley also provided the crew with accessory parts including rearsets, clip-ons, a projector headlight, and Screamin’ Eagle shocks. Plus a digital combination speedo, bar end mirrors and grips. 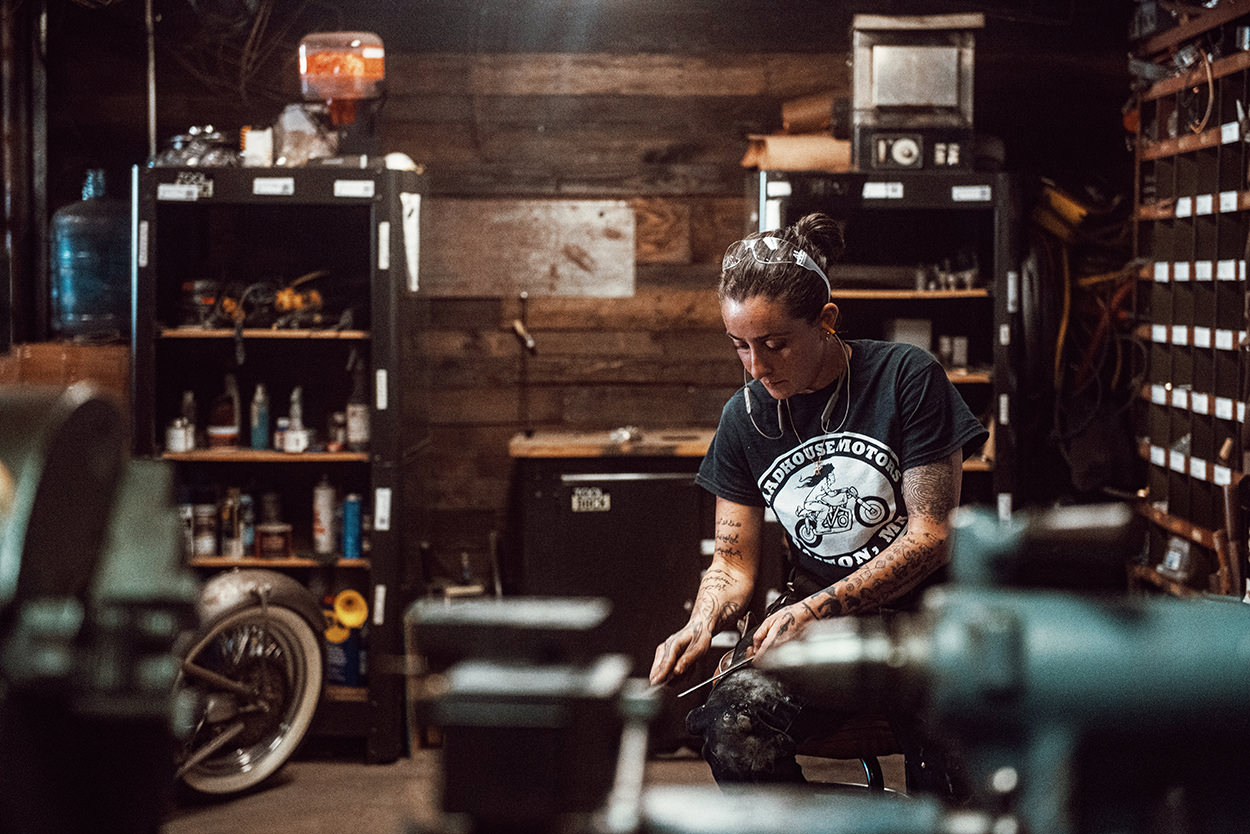 Enrolling four builders to work on one bike must be like herding cats, but these guys have top-notch skills. J Shia [above] is known for using unconventional parts and out-of-the-box thinking for assembly. Jay Donovan [below] is tireless in his pursuit of the perfect curve, and can seemingly form shapes out of thin air. 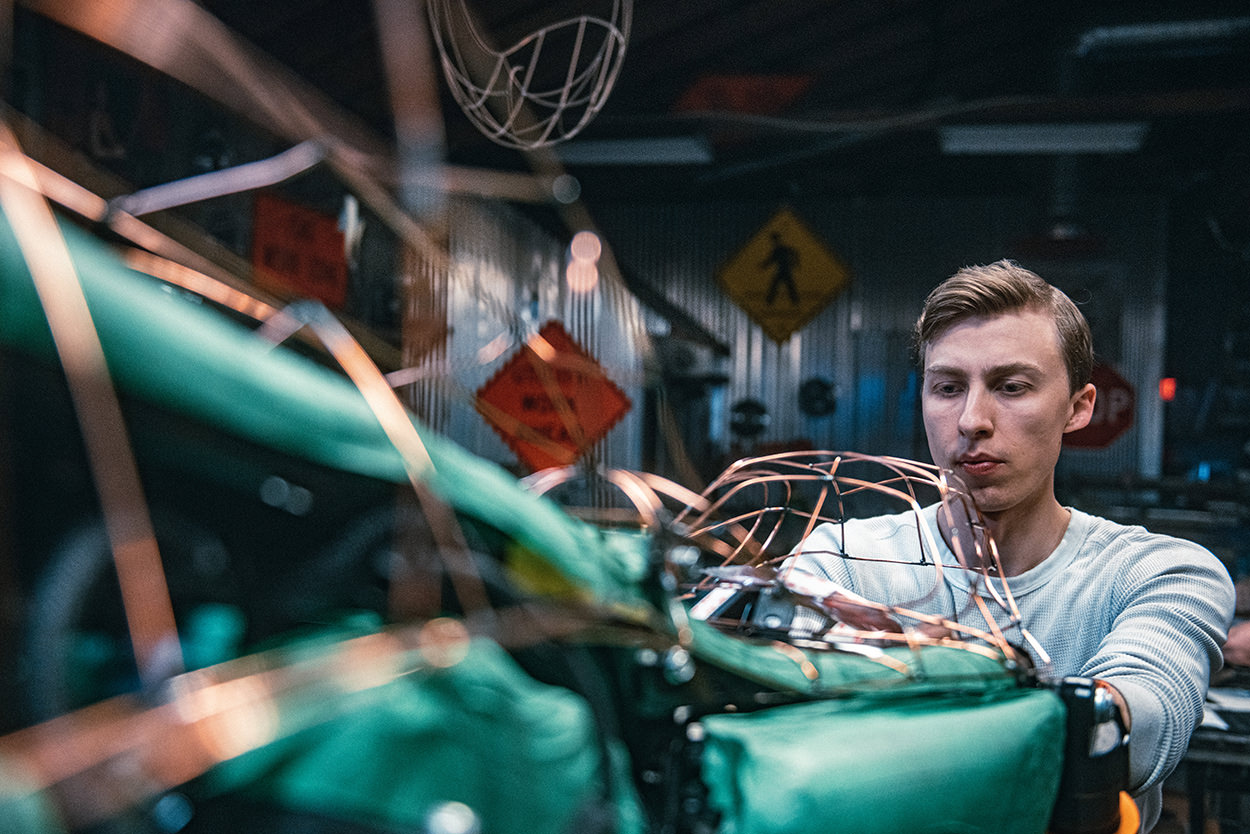 Joe Mielke is old school, technically competent and hugely experienced: he’s been building bikes since before some of the other builders knew how to ride. And Cristian Sosa can turn any machine into a piece of functional art—always finding an unexpected curve or line that ends up defining a bike.

The images here show the Sportster in part-finished form. Shot by Brandon LaJoie on a dry lakebed, the bike looks intriguing even in this raw state. When the cosmetics are finished and a new exhaust installed, it’ll look even better. 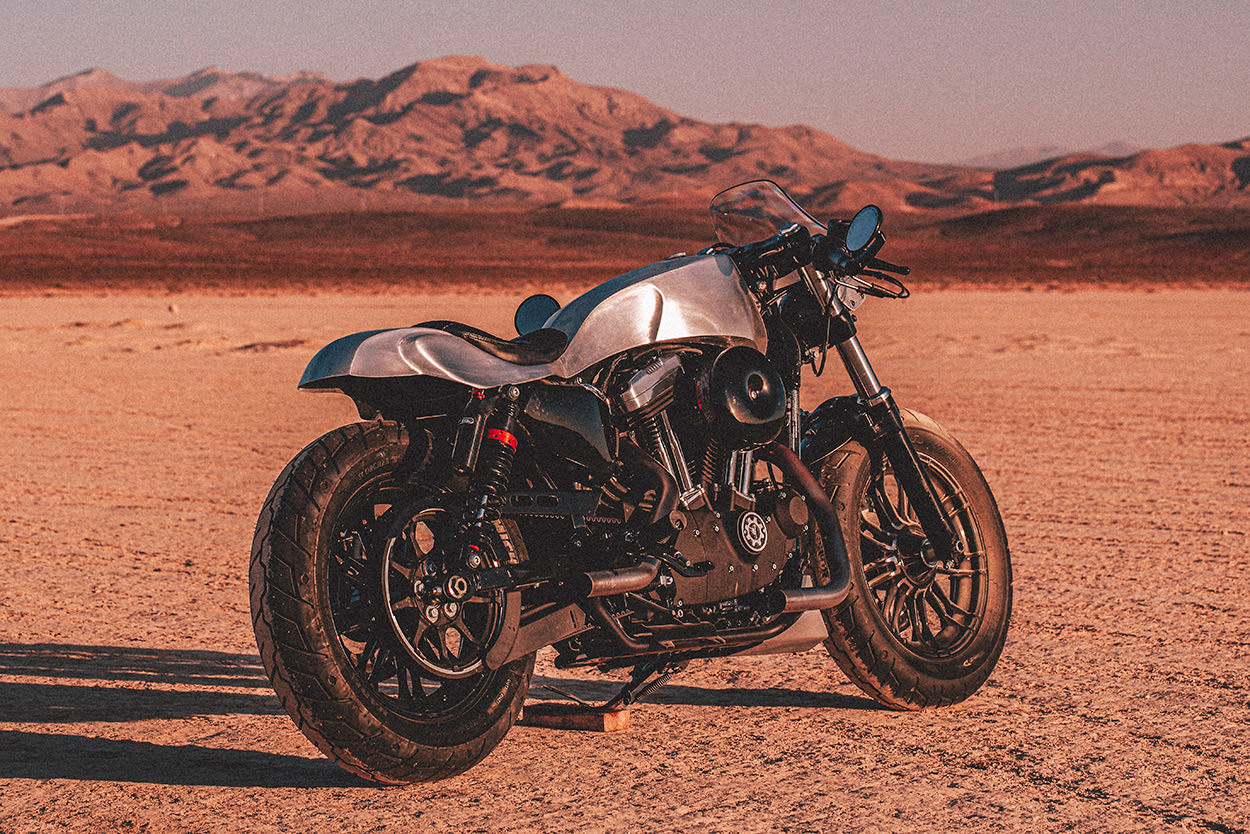 If you’re on the west coast of the USA, you’ll soon be able to see the Waves for Water Sportster in the metal. “The bike will be getting refined over the next few weeks to make sure it’s reliable for the winner,” says David.

“We’ll be giving it a shakedown test in June when we plan to take the bike up the west coast, stopping at different cities to show the bike off in person—since shows are still few and far in between.” 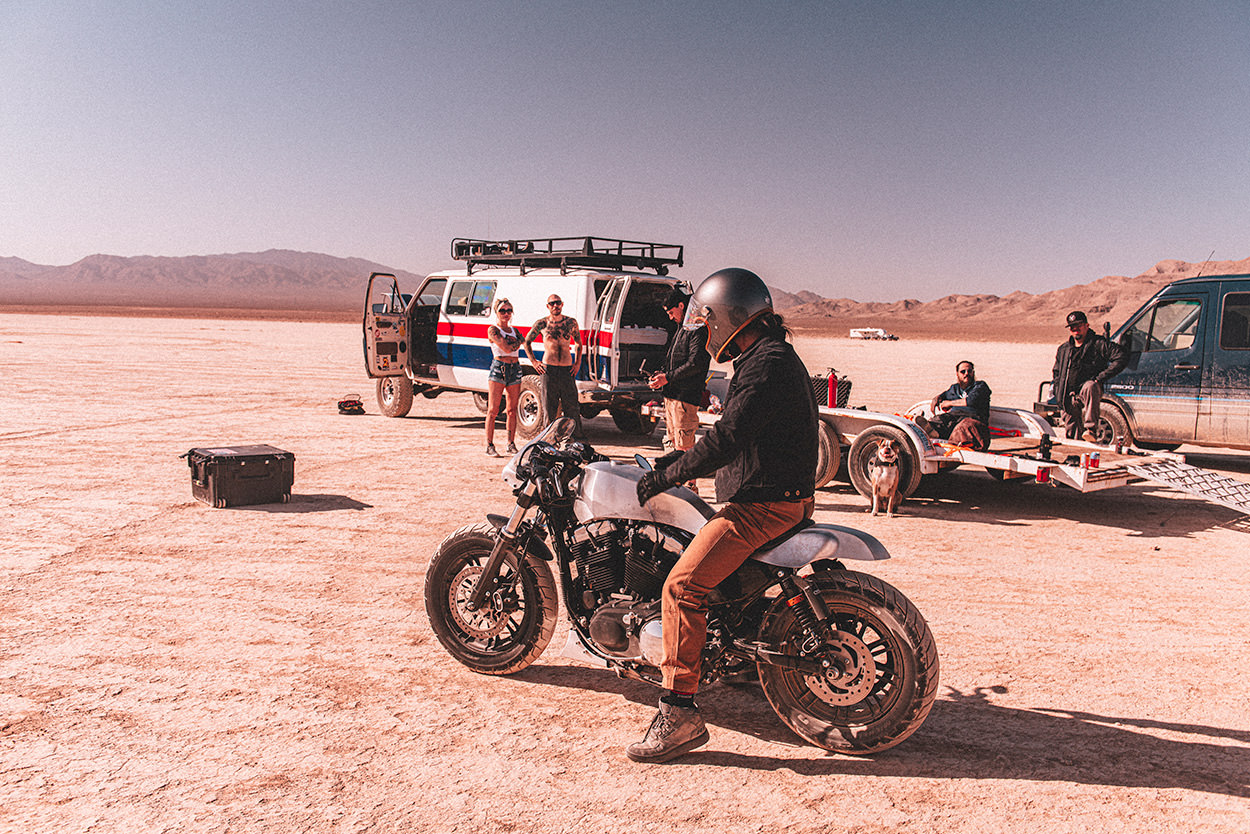 Fancy putting this beauty in your garage? Head over to the Croig.co website to enter the giveaway via donation to Waves for Water. Even if you don’t get lucky, your dollars will be going to a fantastic cause. 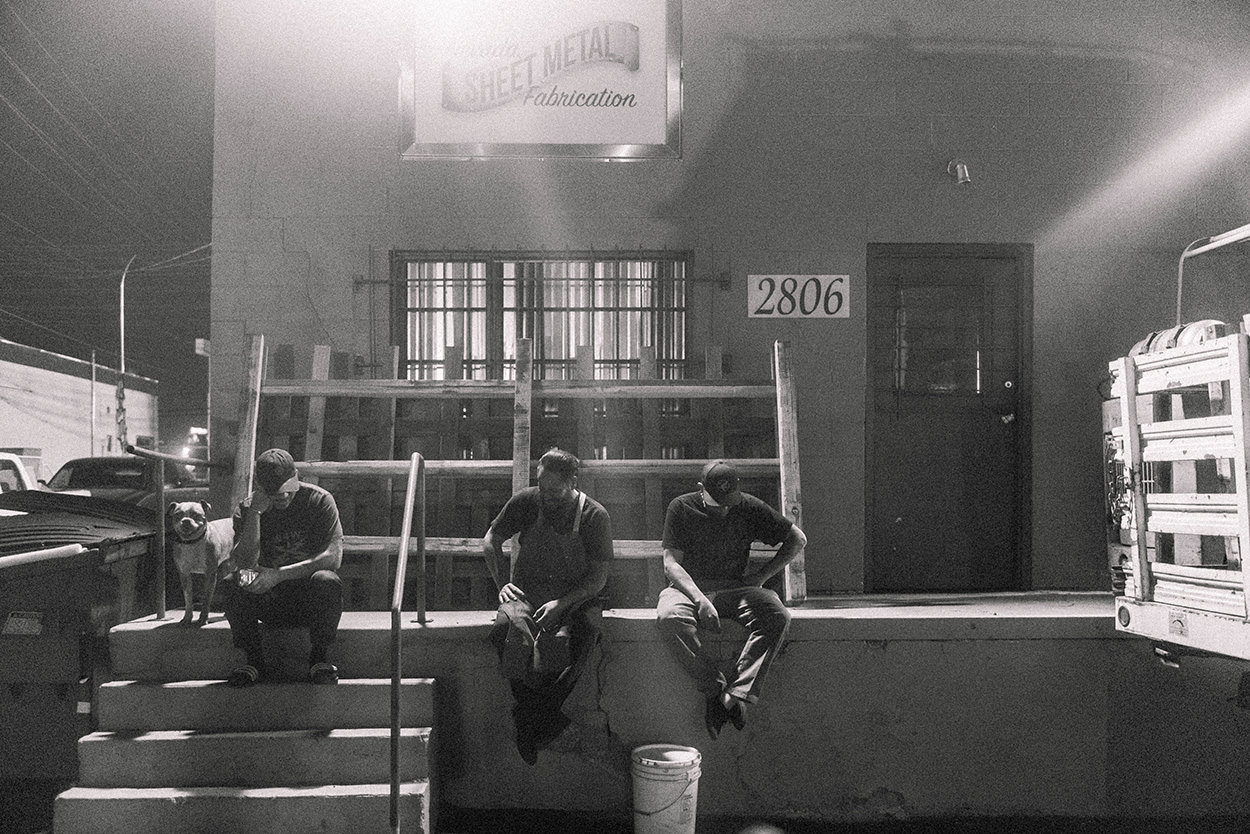