Best accessories on your UTV Side x Side list

Have you ever wondered what accessories you want to add to your UTV first?

I have been riding UTVs for the last six years now and have always had accessories on my UTV.  I see people buying and adding accessories with no random thoughts about what should come first, and let me tell you a lot of their decisions make no sense to me.

If you’re like me, the accessories are going to be added over a period of time.  Not everyone has all the money at once to have the complete build put together.

The first accessory in my mind should be a given, but is often overlooked – Safety first!

Fire Extinguisher – If for some reason you are out on the trail, sand dunes or wherever you happen to be riding, and a fire starts in your UTV.  If you have no fire extinguisher, you are more than likely going to watch your UTV burn to the ground and hopefully, everyone gets out safely. There is no firehose out in the woods or sand dunes. If you try to throw dirt or sand on the fire, it won’t work!

Second accessory and this is a big one in my mind, especially if you only ride with one UTV, and this happens quite a lot with me in my mountain trail riding. Usually, my wife or a friend is with me, and we just go putting around the mountains looking for animals.

I have been stuck beyond getting out with just the power of the UTV. At first, you sort of panic, because you just realized that you could be there for a while, and more than likely (if you are like me) it was kind of a stupid mistake that got you there in the first place.

The most recent was last weekend. My friend Dan and I, at the last minute, decided to go riding up above the Strawberry Reservoir area. We had ridden around all morning but were not thrilled with where we were finding to ride. The trails were too wide open and not any challenge what so ever.

After the morning ride, we got back to the truck and headed for the north end of the ridge to take a ride where we had not been for over thirty years with our dads. I was excited to try this area, and it was not long before we started seeing deer grazing and then the 4- wheel drive trails shooting off into the thick trees. We were more than ready to head that direction.

We were having a great time, just slowly crawling around on a true jeep type trail looking through every tree for the big buck we were hoping to see. There were times we would get into the thick pines and almost thought it was getting to be nighttime because of how dark it would get!

When Dan and I trail ride we, often reminisce about riding around with our dads in these same mountain trails. I believe this is a big part of the draw to me in the mountains – it brings back great memories.

One of my memories is how dad would get so involved in looking for deer and elk. He would get in the moment so much that he would not pay attention to where the road was leading. I, as a little kid, would be watching the road so close to making sure I could grab the steering wheel and steer us back on the road!

Well, we had been riding for about six hours and had started our way back toward the truck. But, there was this one road that headed straight up a mountain and I just knew it would have the best view that we had seen all day.  I started up the trail and it was quite steep, along with the fact that there had been gravel put down. I’m sure it was to help vehicles from tearing up the mountainside.  Then, I became my dad!  We had started cresting toward the top, and the incredible view came about. Off to my left, I could see the main road where it heads down to our truck and then way out left was the edge of Strawberry Reservoir. It was magnificent! BAM! Then it happened – I missed the last turn and before I knew it, I was driving through the edge of the gravel and off the trail. Immediately I tried to turn right and get back on the trail, but the heavy gravel thought differently. The more I hit the gas and spun the tires, the Polaris started going down the hill.

I stopped right then, and we made the decision to have Dan get out and evaluate the situation and get a better understanding of what kind of trouble we had just gotten into.

The road had taken a right to head straight up the mountain and I basically went straight – a wee bit of a mistake on my part. I was at a pretty good angle leaning down the mountain, and there was a lower hole right behind my left rear wheel. If I backed up, the UTV would get really light on the passenger side. Luckily there were some trees on the right side of this trail and we decided it was time for the trusty winch to come out and play. It had been several years since the winch was used, so I was hoping that when I hit the button it would work!

After we were secured to the tree on the right, a feeling came over us that now we at least knew that the rig was not going to tumble down the mountain. Then we started reeling the winch in, and it pulled the UTV to the right and then brought us right back on the trail I had just driven off! This was a great feeling, and I took a moment to give thanks to that trusty accessory called a winch!

On all four times, I was stuck, the winch became the hero in the story. My friend, Dan, was with me all four times, probably because I will try more extreme riding with him than my wife, Jackie.  Anyway, we were able to get ourselves out of trouble and back on the trail safely and enjoy the rest of the ride. Without the winch, we would have had to wait until another person came by to help. In several of our rides, we were twenty miles from anyone and might not have seen anybody that day.

Instead, we were back riding and having fun in a matter of fifteen minutes, instead of possibly walking out to find help. Dan has told me he would not go riding with me if I did not have a winch installed – can’t blame him! We were very thankful for the winch that was installed on my RZR.

So back to what I see people installing as some of their first accessories.  Time and time again, UTV owners spend their money on stereos and speakers and light bars with lower lights, etc. This is fine, but I have never seen a stereo or light bar get someone unstuck or put a fire out in your engine compartment.

So, when you are thinking about accessories that you want to install on your UTV, why not make a plan just like you did while planning for the next vacation, ride or whatever you do in life.  Sit down and plan out your accessory list, along with prioritizing what is most important and remember safety should be the top of the list.

Believe it or not an accessory list on a UTV could cost upwards of $10,000, so make sure to think about what is going to keep you and your family having fun the whole ride, not just part of the day. 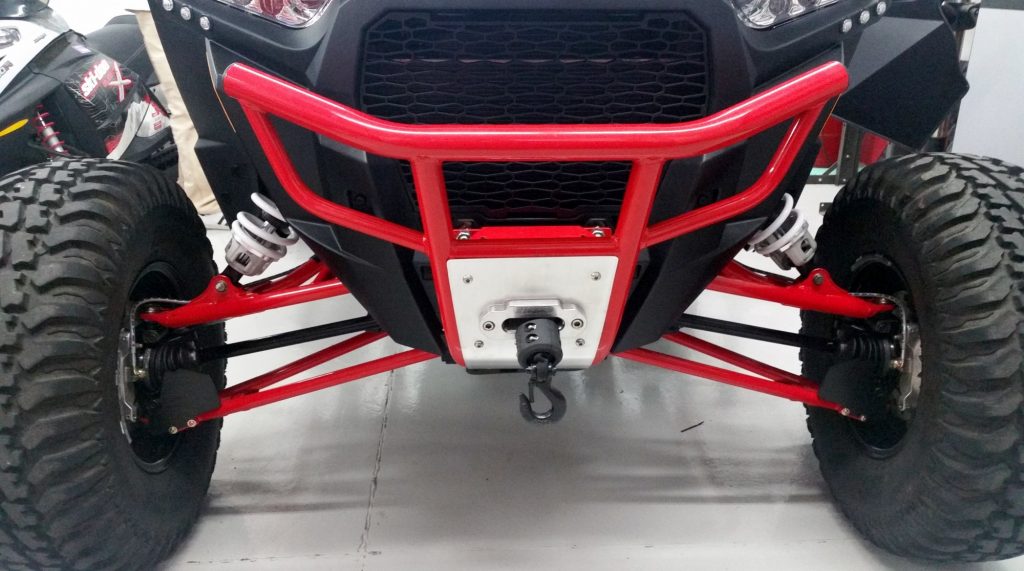 Keep riding and on the trail is a top goal, so here is a top ten quick list I have put together, starting with priorities on the top.

Until we ride again.

The post Best accessories on your UTV Side x Side list first appeared on UTV ATV Repair.

The post Best accessories on your UTV Side x Side list appeared first on UTV ATV Repair.