Nip and Tuck: A tweaked Street Scrambler from Bunker 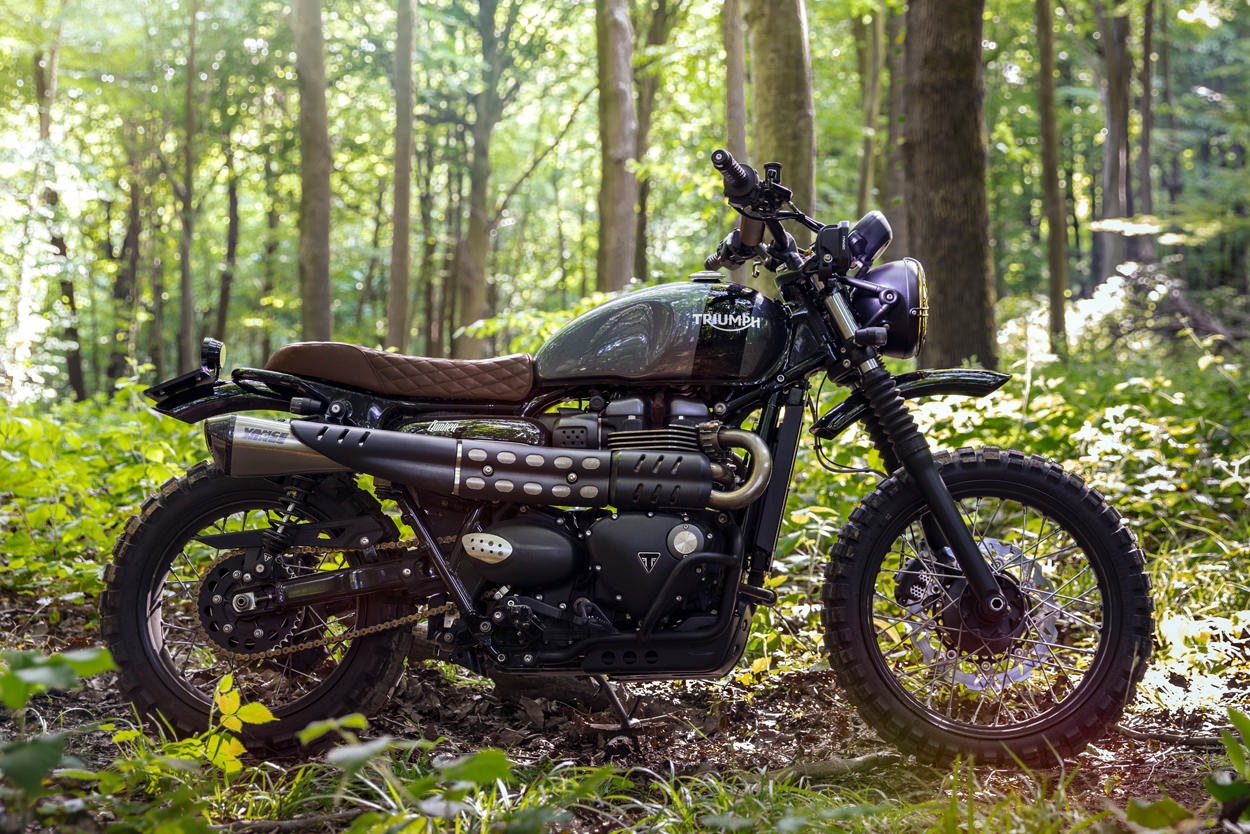 The Triumph Street Scrambler is one of those bikes that does everything well. It’s well designed and well made, with a crackin’ good engine and the ability to handle the occasional trail ride or (slightly) slippery stuff.

But what if you want a little more off-road ability, without losing the charm of the bike, spending a fortune, or going full 500-pound ADV? 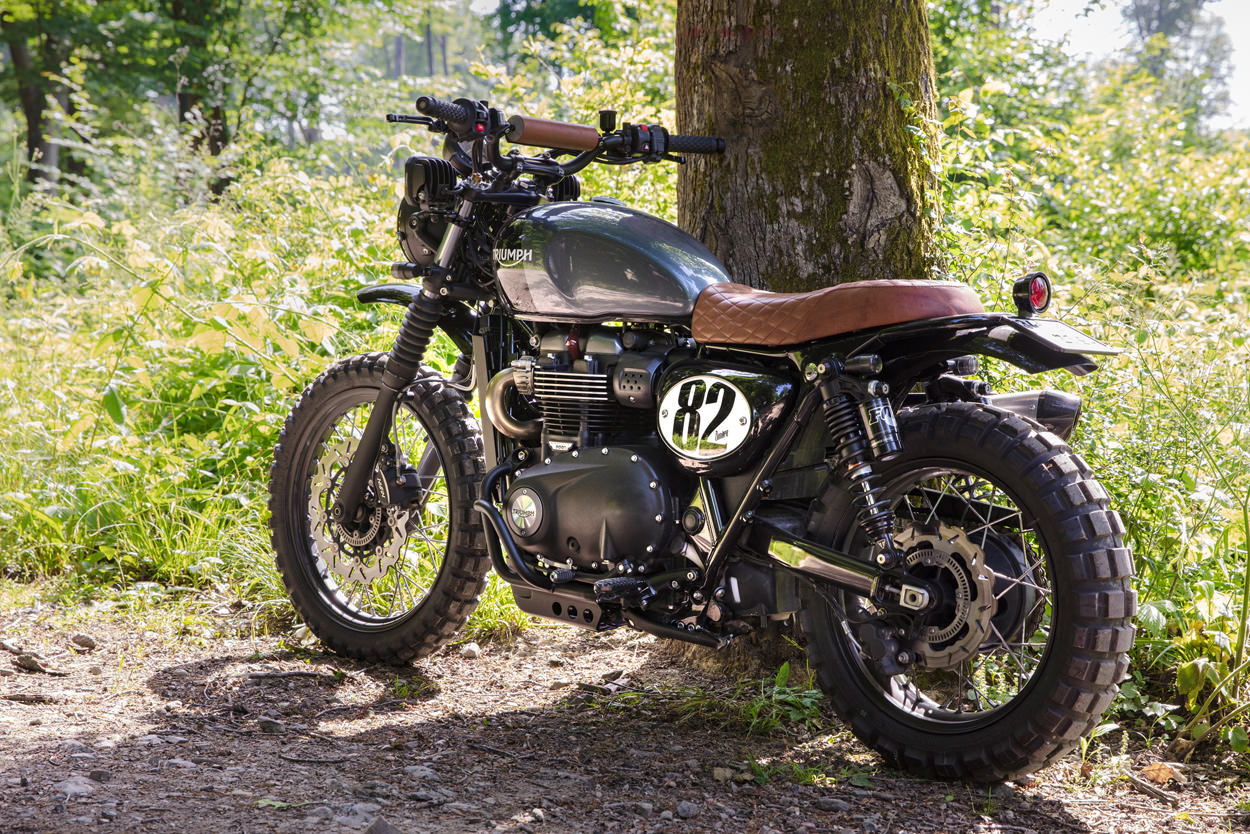 One solution is to take what you’ve got and make it even better. And that’s what’s happened with this new build from Istanbul-based Bunker Custom Cycles, called ‘Rascal.’

The commission came from Bunker brand ambassador, keen motorcyclist and friend Efe Eke, who runs a textile company in Turkey. Efe already has a Bunker custom for street riding—this lovely Street Twin—but he wanted a bike that he could take off road. 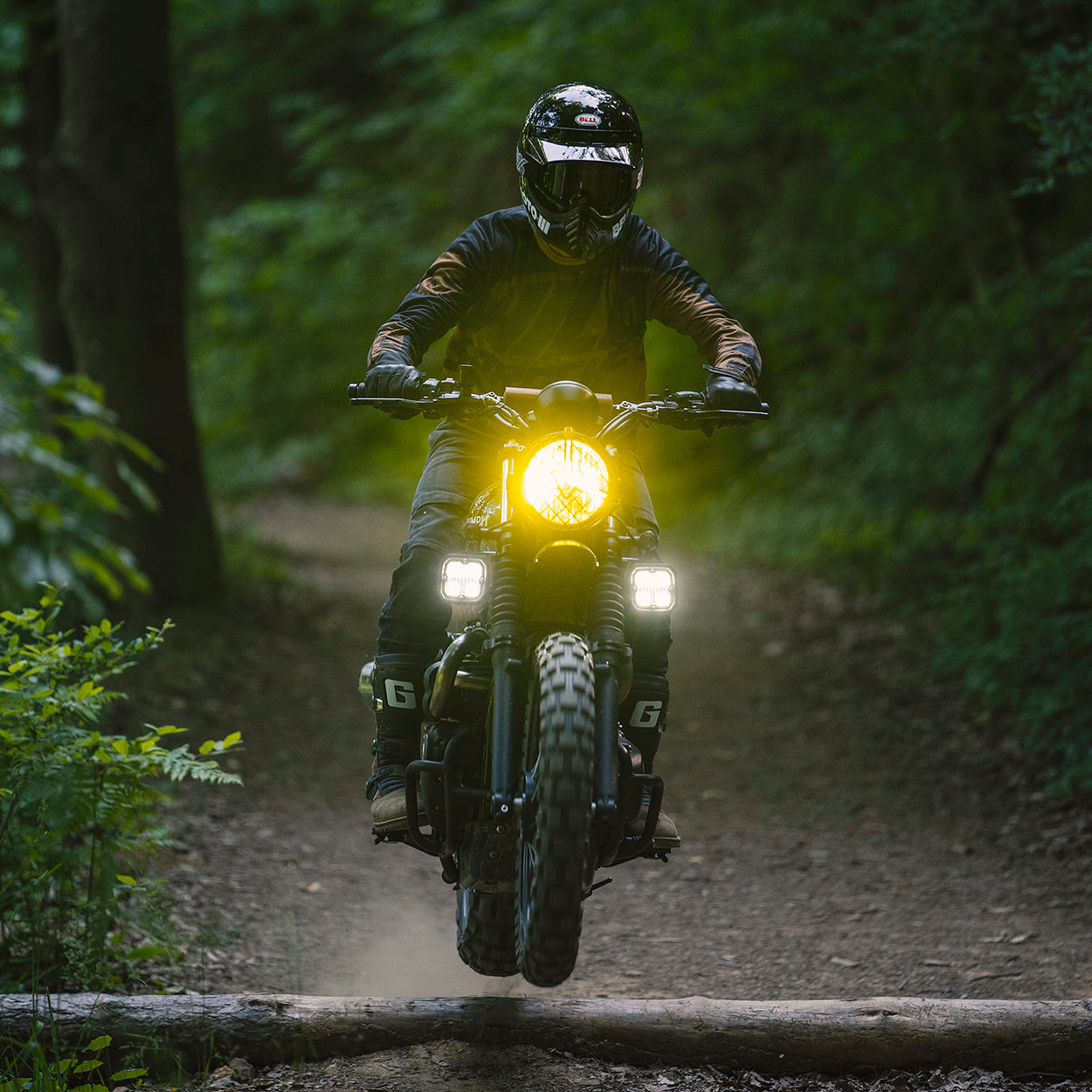 “Efe lives in Denizli, which is close to the city of Izmir on the Aegean side of Turkey,” says Mert, who runs Bunker with his brother Can. “It has a marvelous landscape: open roads through olive groves, and curves through pine forests.”

With an elevation of around 350 meters above sea level, the Denizli climate is mellow compared to the scorching summer heat of Izmir, making it the perfect place to ride almost all year. “Efe does at least 30,000 km a year, thanks to the location and ten-month long season,” says Mert. “So we built this bike to give him the scrambler ‘flexibility’ which everyone is after nowadays.” 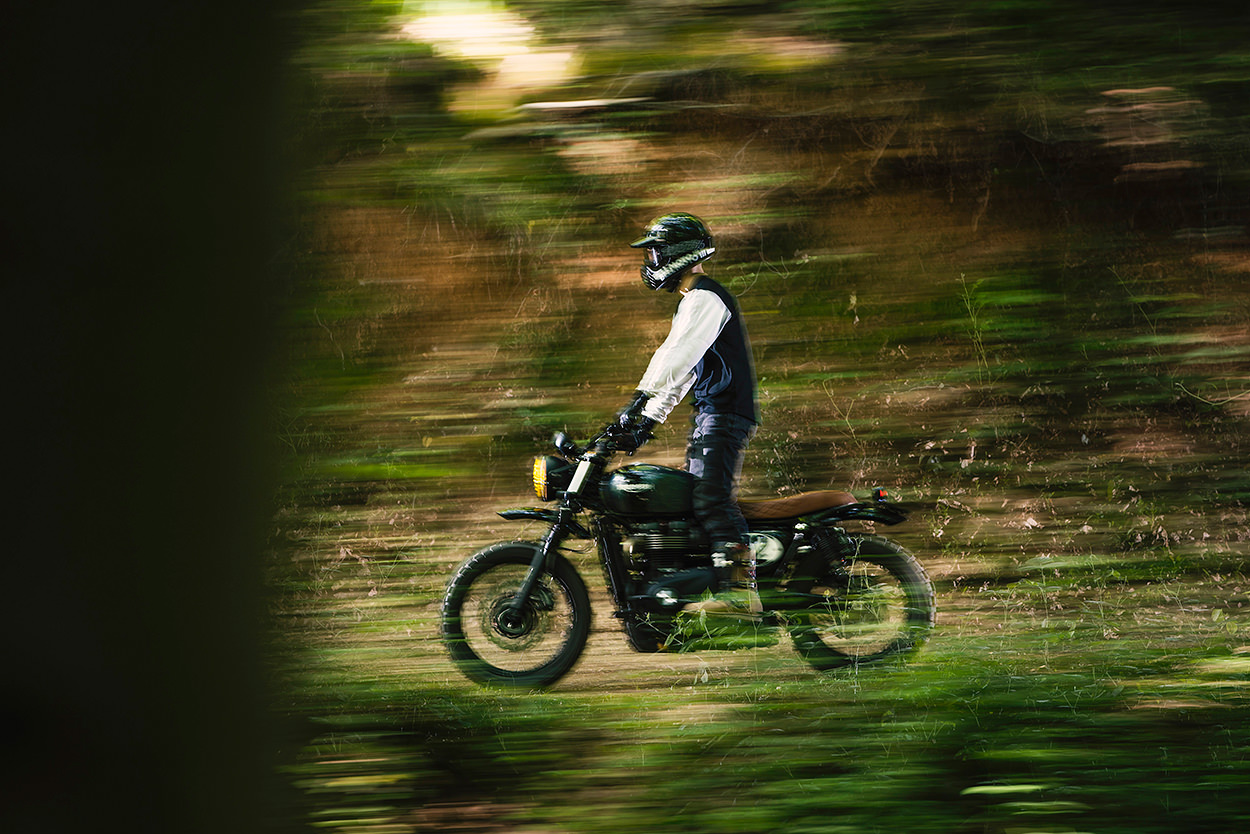 The first port of call was the suspension. The Street Scrambler has longer travel than the Street Twin, with 120 mm in the forks, but there’s room for improvement. Bunker installed an Andreani cartridge kit at the front, which has extra oil passages plus rebound, compression and preload adjustments.

Bunker also made spacers to give two centimeters more travel and height at the front. (“We’ve been working with Andreani for some time and we are very happy with it. Totally changes the behavior of the bike.”) 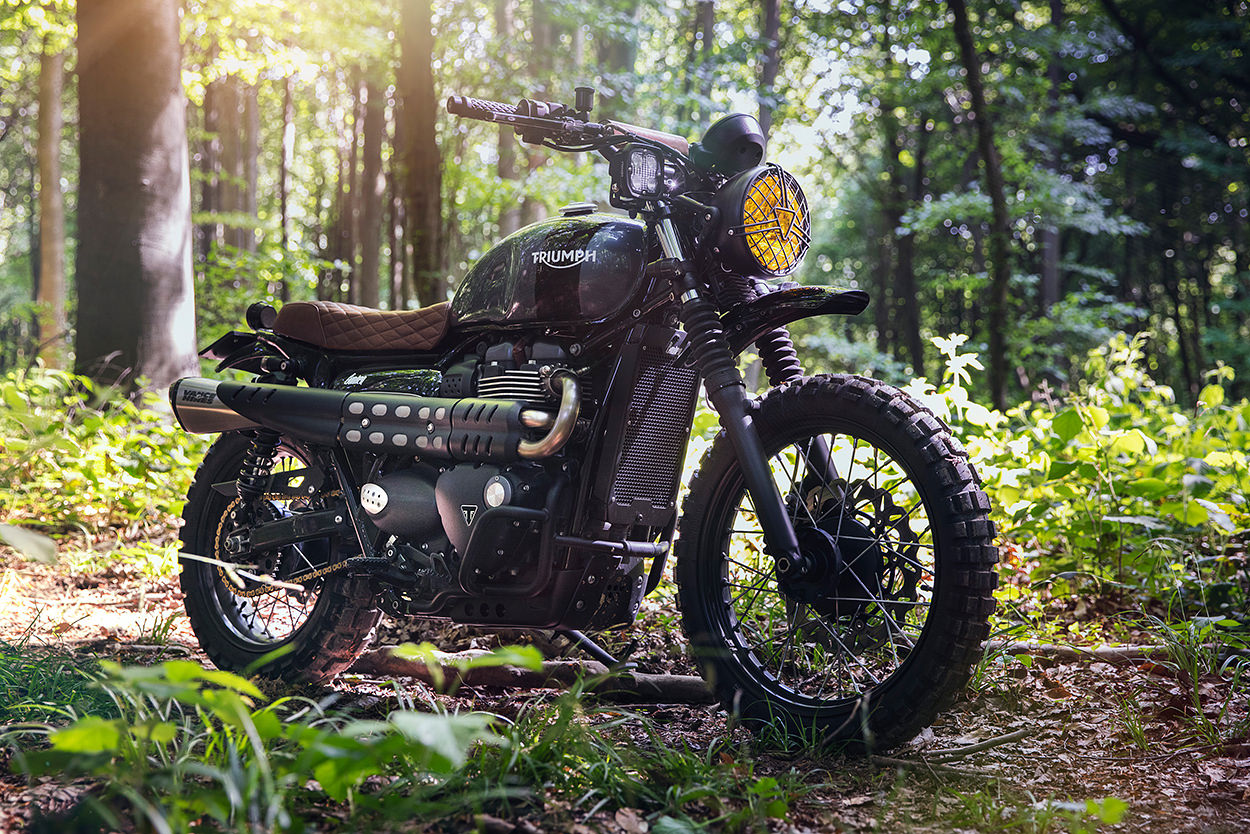 To make the Triumph even more off-road-friendly, the close-fitting factory front fender has been ditched in favor of a hand-made unit with clearance more akin to an enduro bike.

The crossbar on the ‘bars has been protected with a leather cover, and the radiator is protected by Bunker’s own proprietary guard—sitting alongside Triumph accessory engine guards. 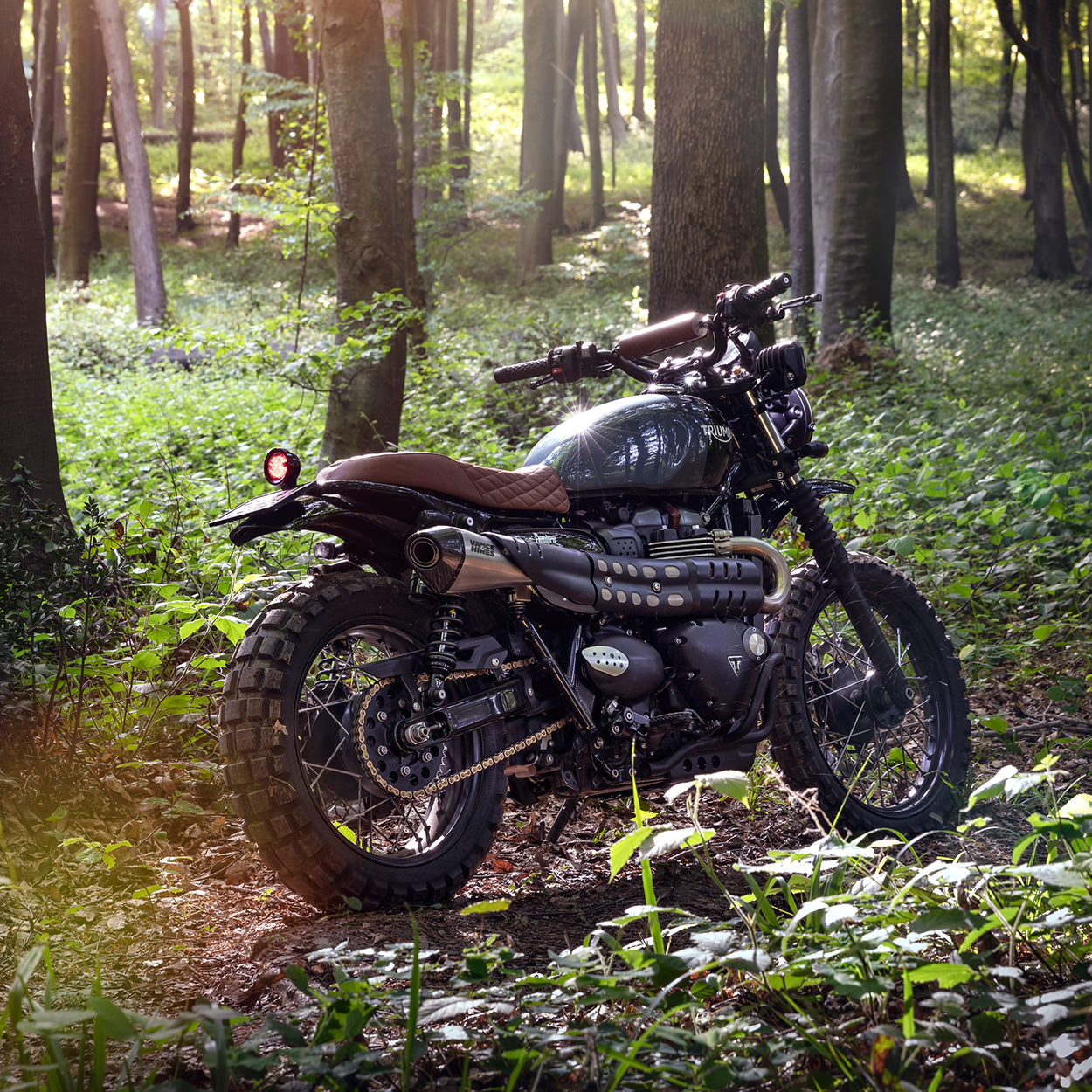 At the back, Bunker have selected 349mm Fox shocks, which are available from Triumph. “They’re adjustable and work like a charm,” Mert notes. The sturdy shocks are hooked up to a new frame loop with a slightly shorter seating arrangement than the factory seat-plus-pillion-pad setup. The compact taillight and license plate holder are from Bunker’s own catalog.

The 900cc ‘High Torque’ parallel twin motor is one of the Street Scrambler’s best points, so Bunker have given it a helping hand rather than carrying out major surgery. 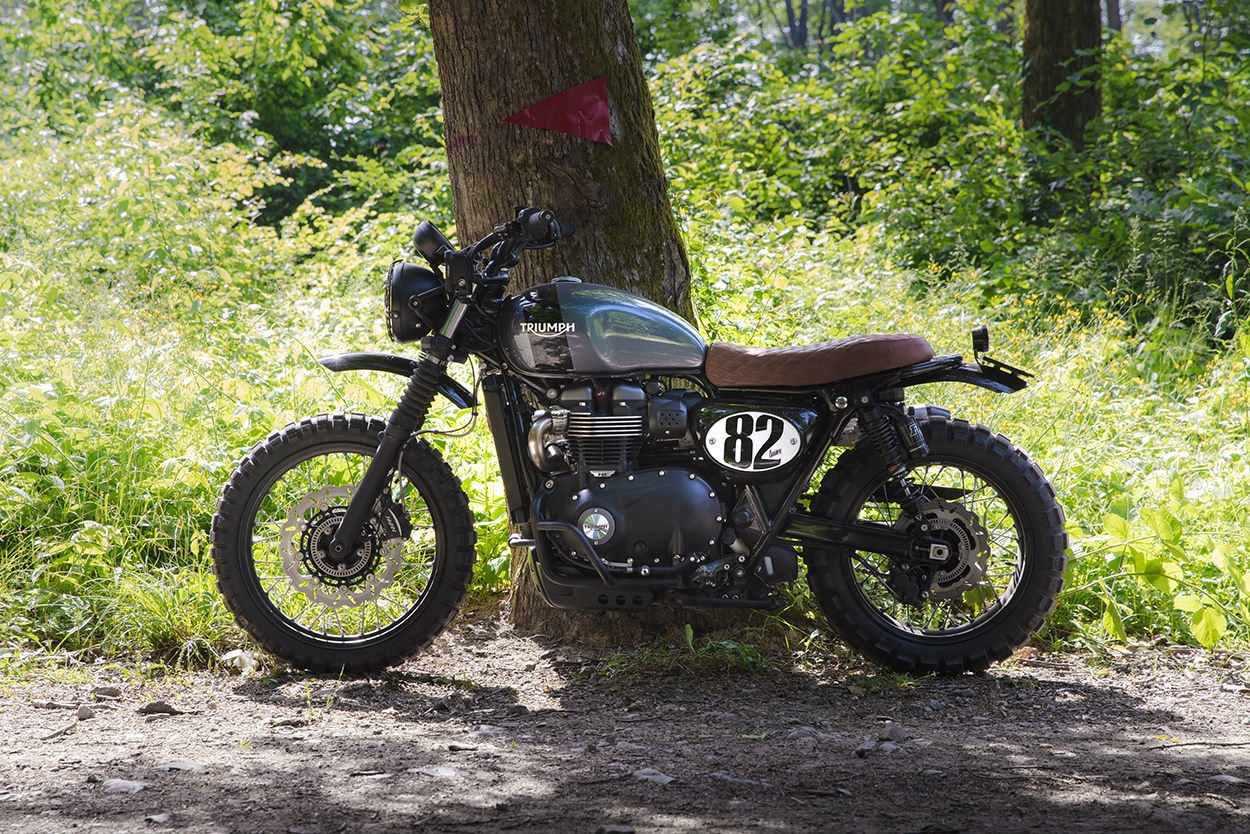 “Engine wise, the Street Scrambler hits all the right notes—except at low rpm,” says Mert. “Over the years, we’ve found that a BoosterPlug, a less restricted intake filter and a more open exhaust works really, really well. We used a DNA filter on the intake and a Vance & Hines muffler on the exhaust.” Less noticeable is the tiny K&N crank breather, plus a D.I.D. gold chain.

On the most recent version of this Triumph, the factory updated the brakes to Brembos. To get similar performance on this 2018-model build (without breaking the bank) Bunker have installed wave discs and pads from Galfer. “It makes a substantial difference.” 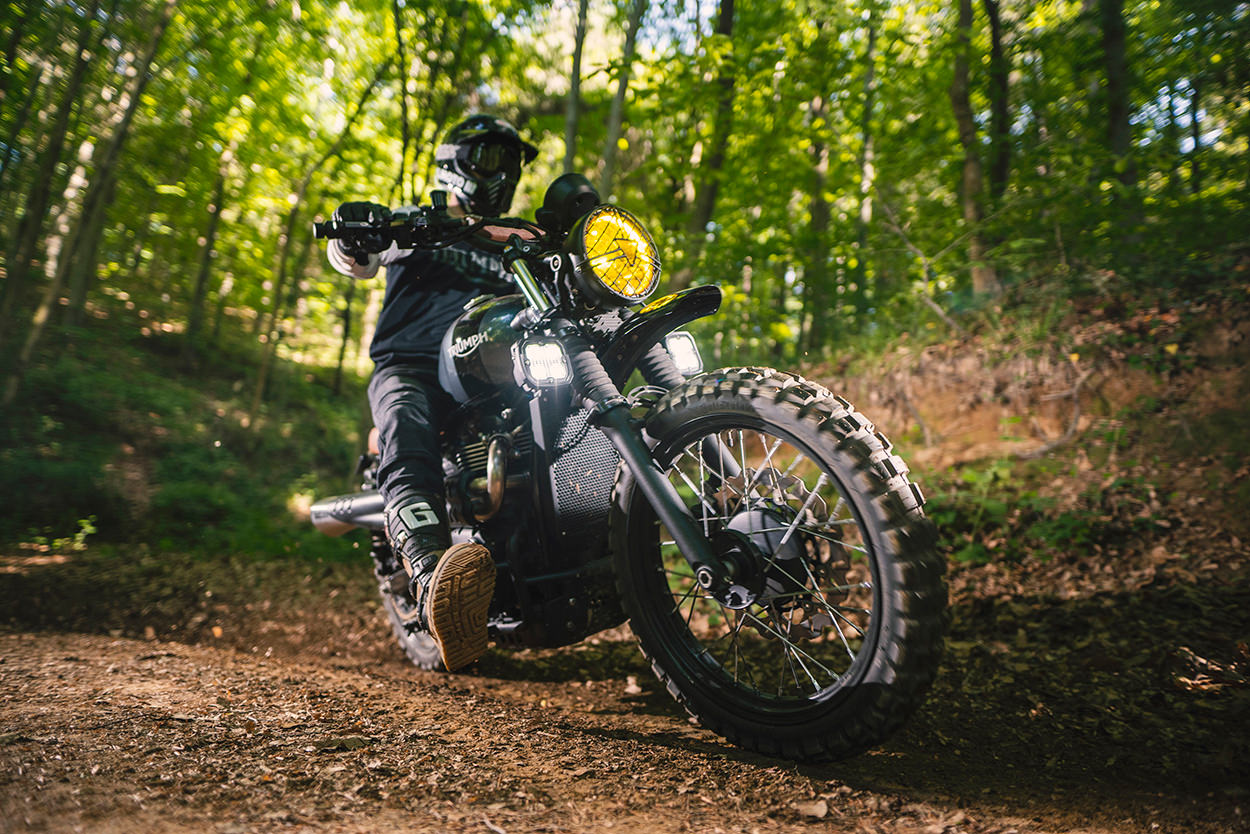 The tires got an upgrade too, with Continental TKC80s that work well both on- and off-road. (“Quite common but they work.”) And considering Efe’s high mileage, Bunker also added powerful auxiliary Denali front lights. “We’ve used Denalis on our own bikes for some time, begun to use them in customer projects, and are now a dealer. We love them.”

Efe’s scrambler is one of those customs that is going to get a lot of use. He hardly ever uses a car, and has several other bikes. The Street Scrambler is up to 40,000 km on the clock already—which is more mileage than his other bikes combined over the past couple of years. 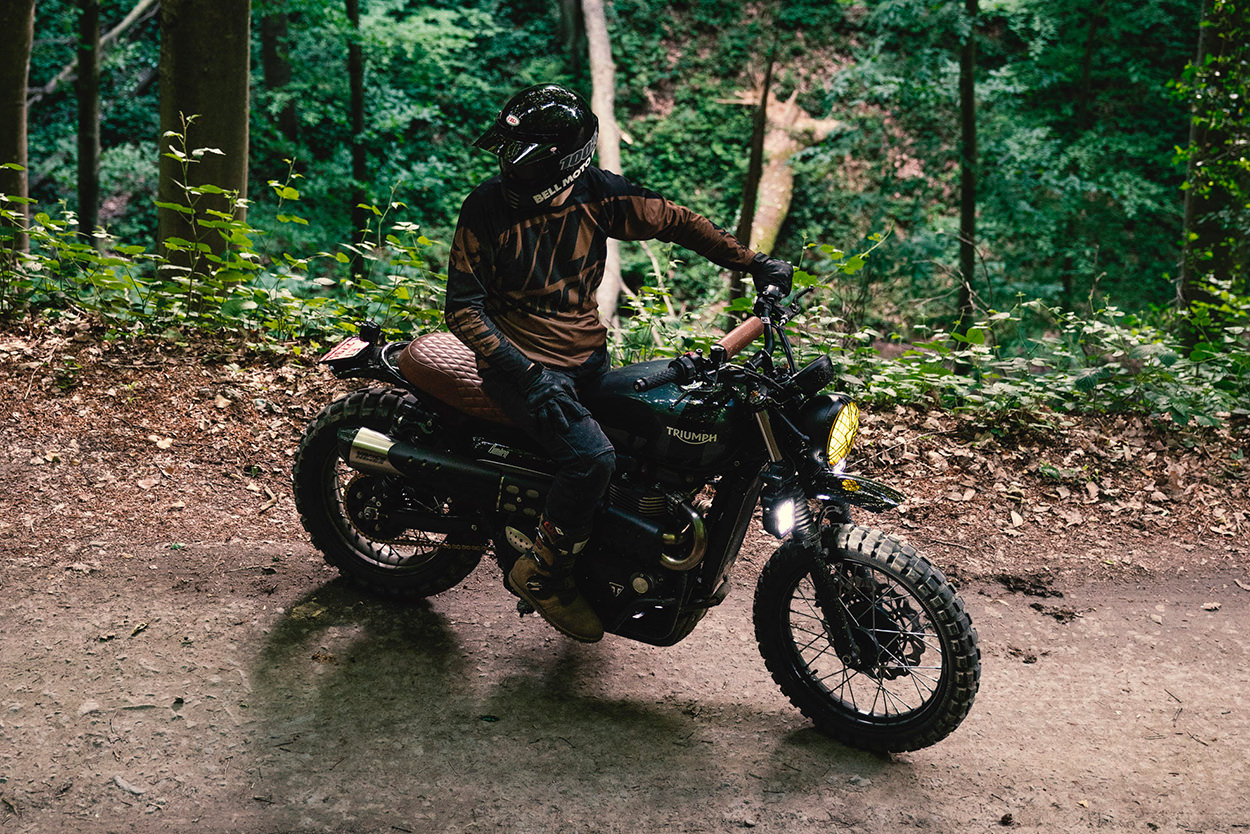 “If he’s in ‘exploration’ mode, Rascal is his ‘go to’ on the trails,” says Mert. “He says he’s now more comfortable on it, and it works better for both standing up and flipping around. The focus on this project was to make the mods smart: it’s a purposeful and cost effective approach, which is really fun to ride.”

Bunker’s Triumph isn’t going to take home a trophy at the Born Free show, but it’s a textbook, real-world example of mods that take a bike from good to great. We’d happily take it too, and put it in the garage. 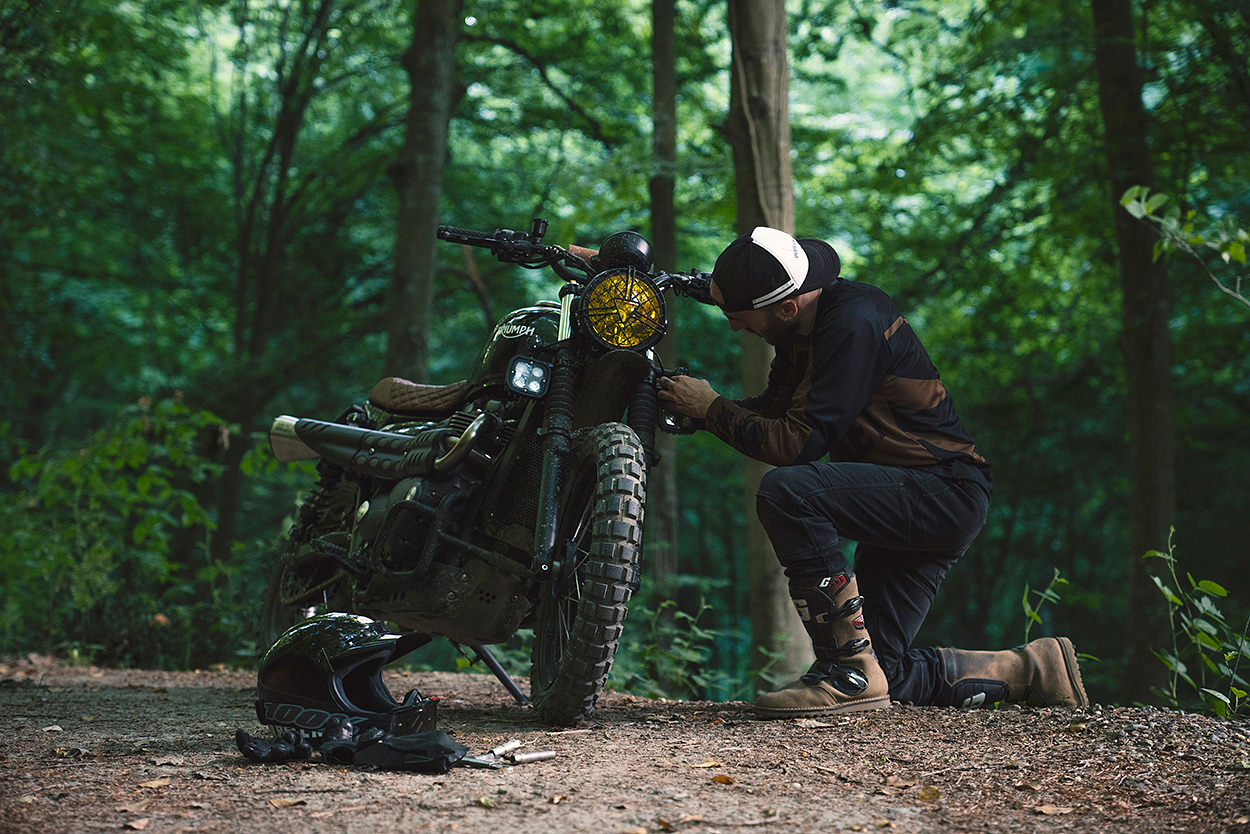