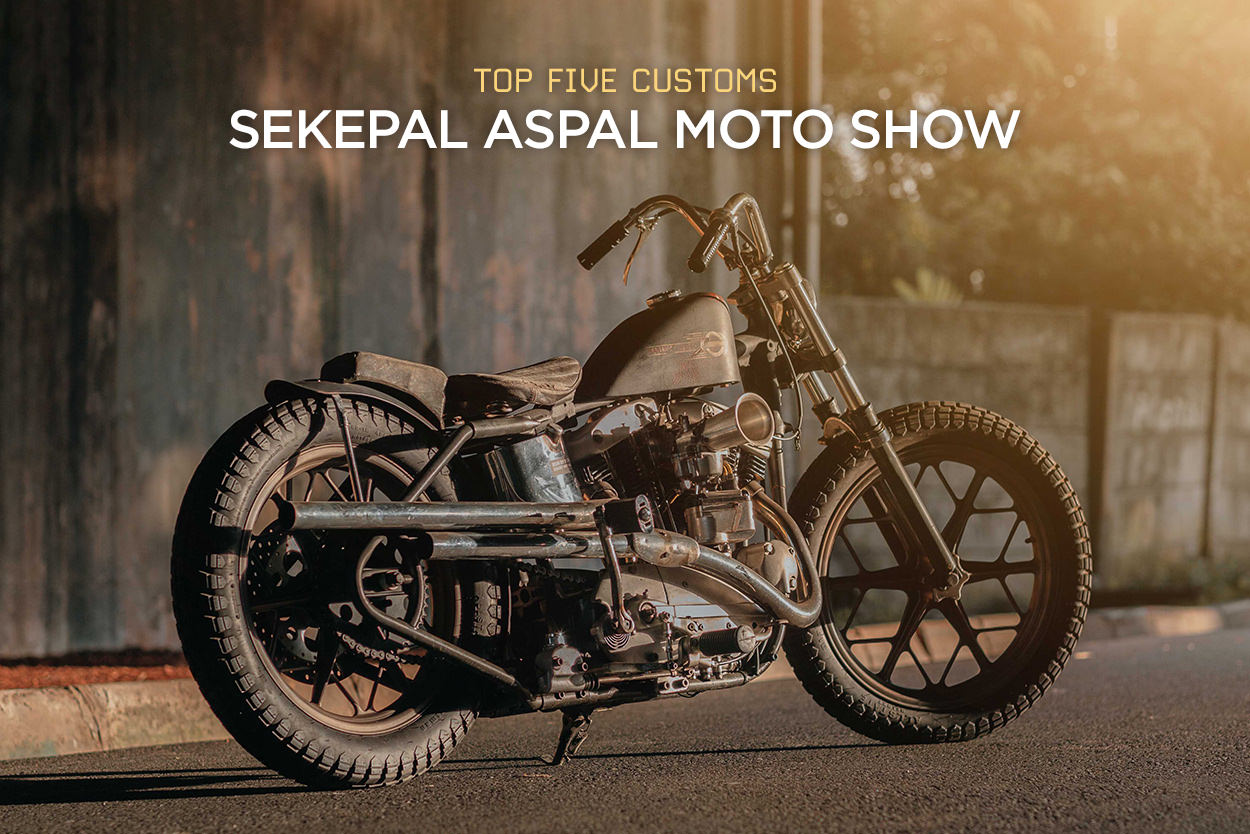 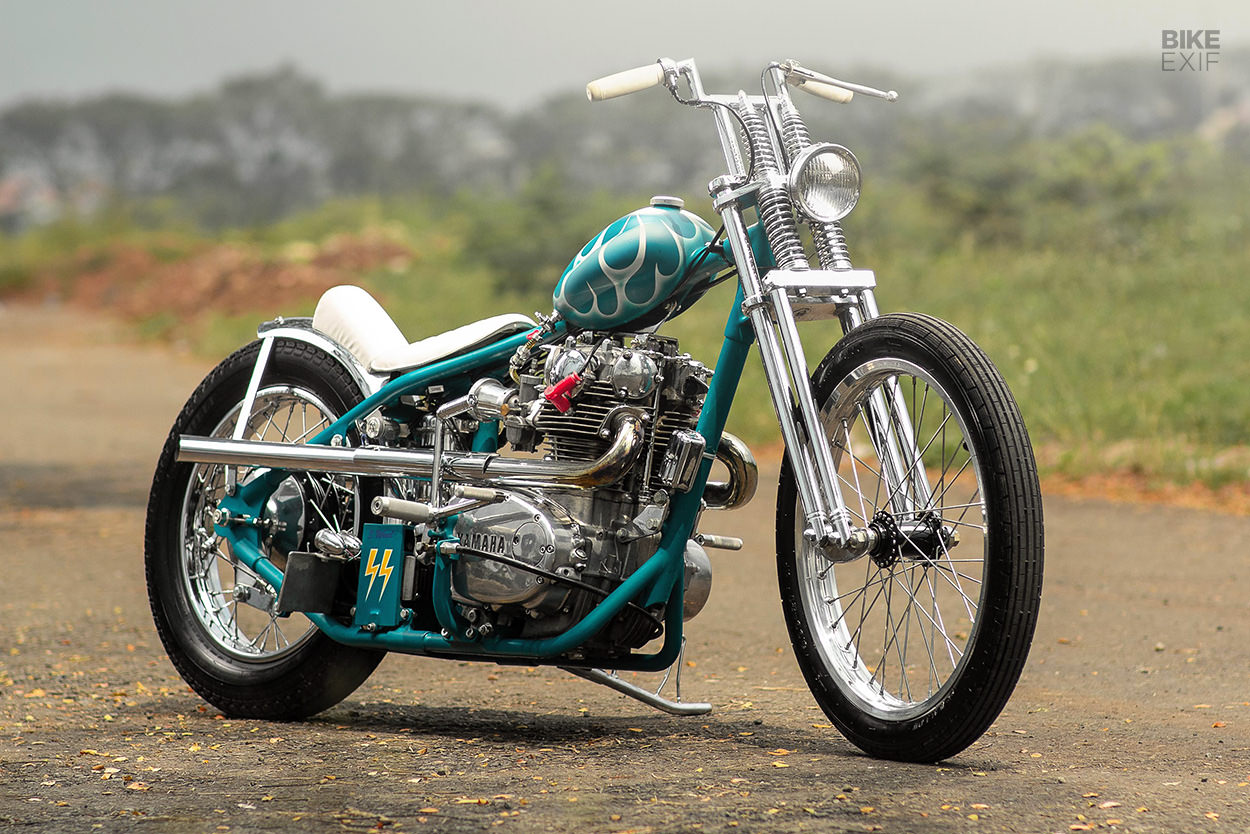 The build’s powered by a freshened up 1979 XS650 motor, complete with custom velocity stacks and straight-through pipes. 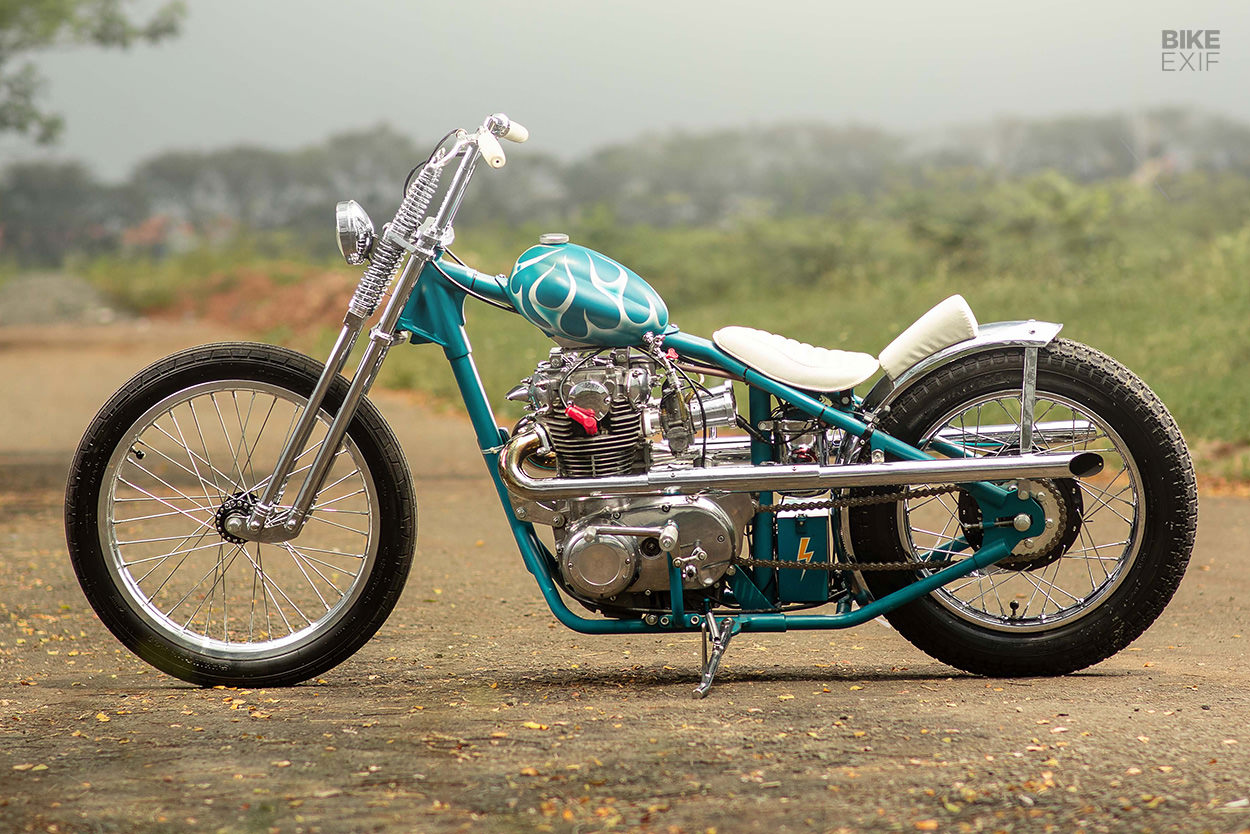 The motor’s wedged into a handmade hardtail frame, with a springer front end handling suspension duties. There’s no brake on the 21” front wheel, but the 18” rear uses the stock XS650 drum brake.

The XS650’s bodywork has been scalped from all over. The fuel tank’s off an old German-made moped, while the rear fender’s old British stock. Flying Piston also made the foot controls, and the integrated risers and ‘Z’ bars. The hand controls are imported parts from Japan, and the head- and taillights are “old stuff.” 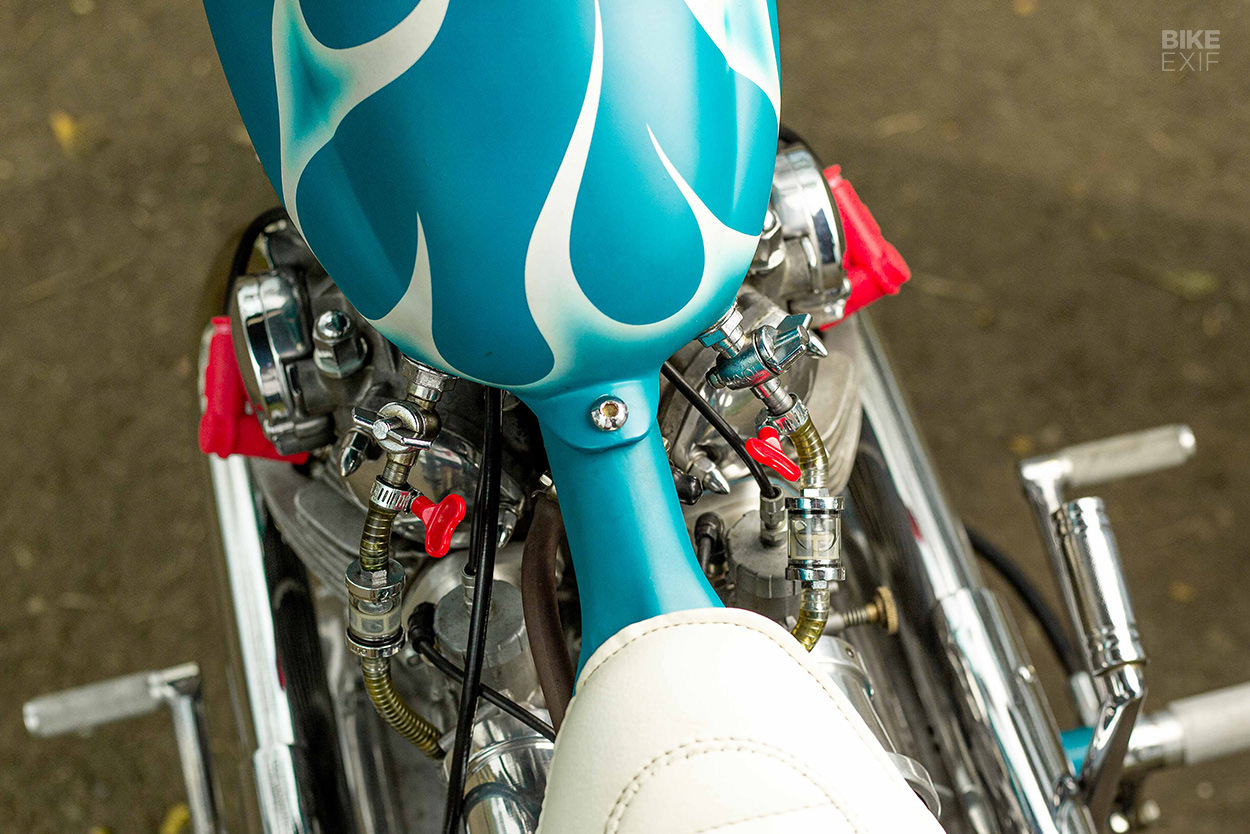 Lokal Hiro handled the turquoise flame job, which is complemented by a custom white seat and pad. 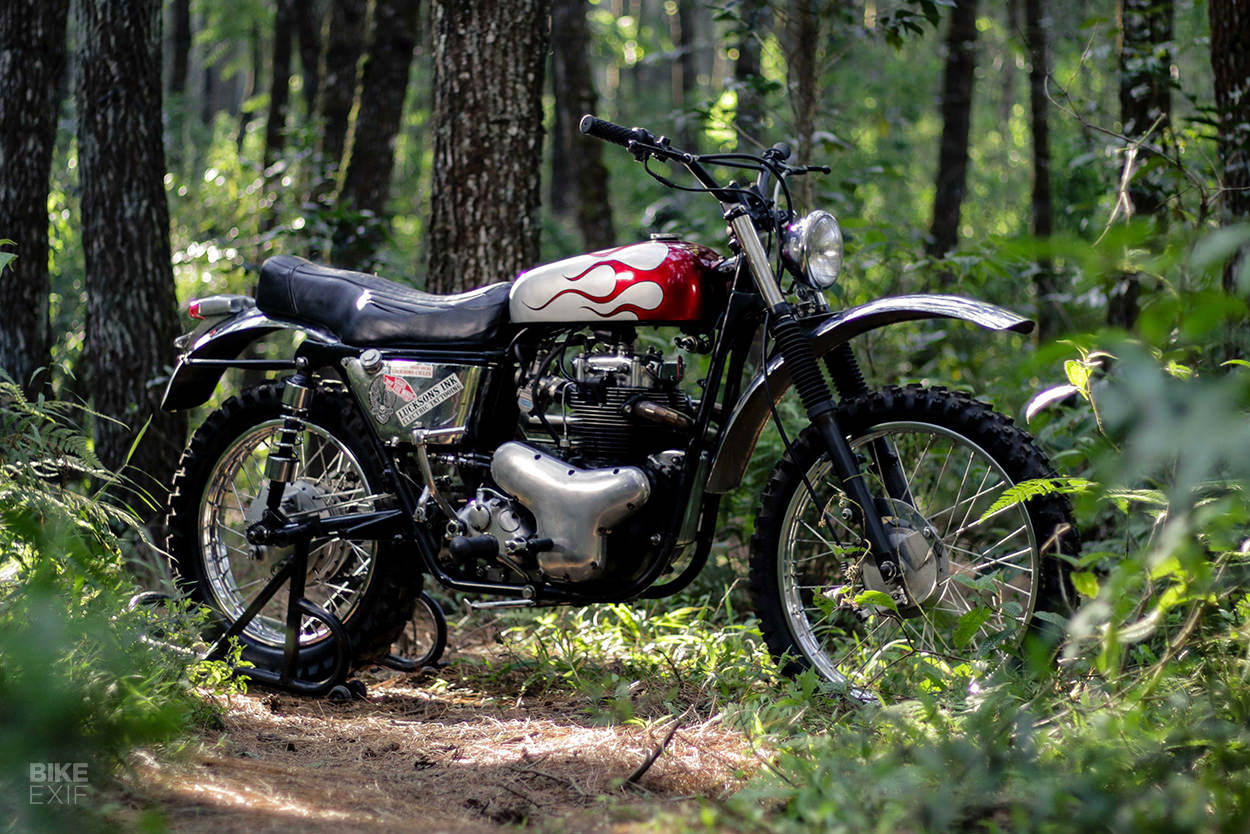 Kawasaki-Meguro K-series by The’rez Custom Garage Ever heard of Meguro Manufacturing Co? They were a Japanese motorcycle manufacturer that was bought by, and later absorbed into, Kawasaki in the 1960s. This 1964 500 cc ‘K-series’ was one of the last models made before the Meguro name fully disappeared; an unusual donor, for sure. 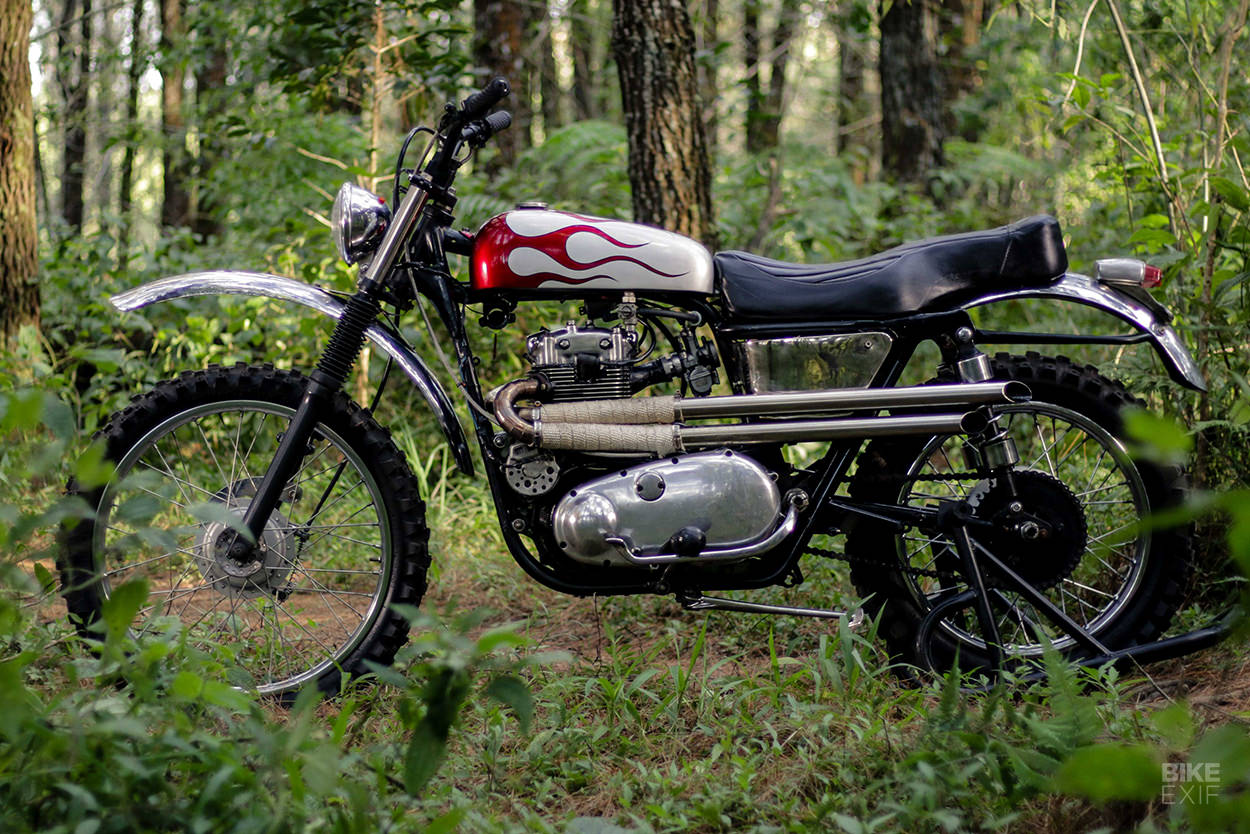 This one comes from The’rez Custom Garage, based in Indonesia’s West Java region, about an hour’s drive from Jakarta. Redesigned as a cheeky scrambler, it still uses its original frame, motor and transmission—but it’s also borrowed some parts from newer bikes.

You’ll find the forks and handlebar risers from a Yamaha SX225 up front, along with the brake from a Suzuki TS125. The wheels have been swapped for 21F/18R hoops, wrapped in off-road rubber. Sitting above them are generous vintage trials-style fenders. 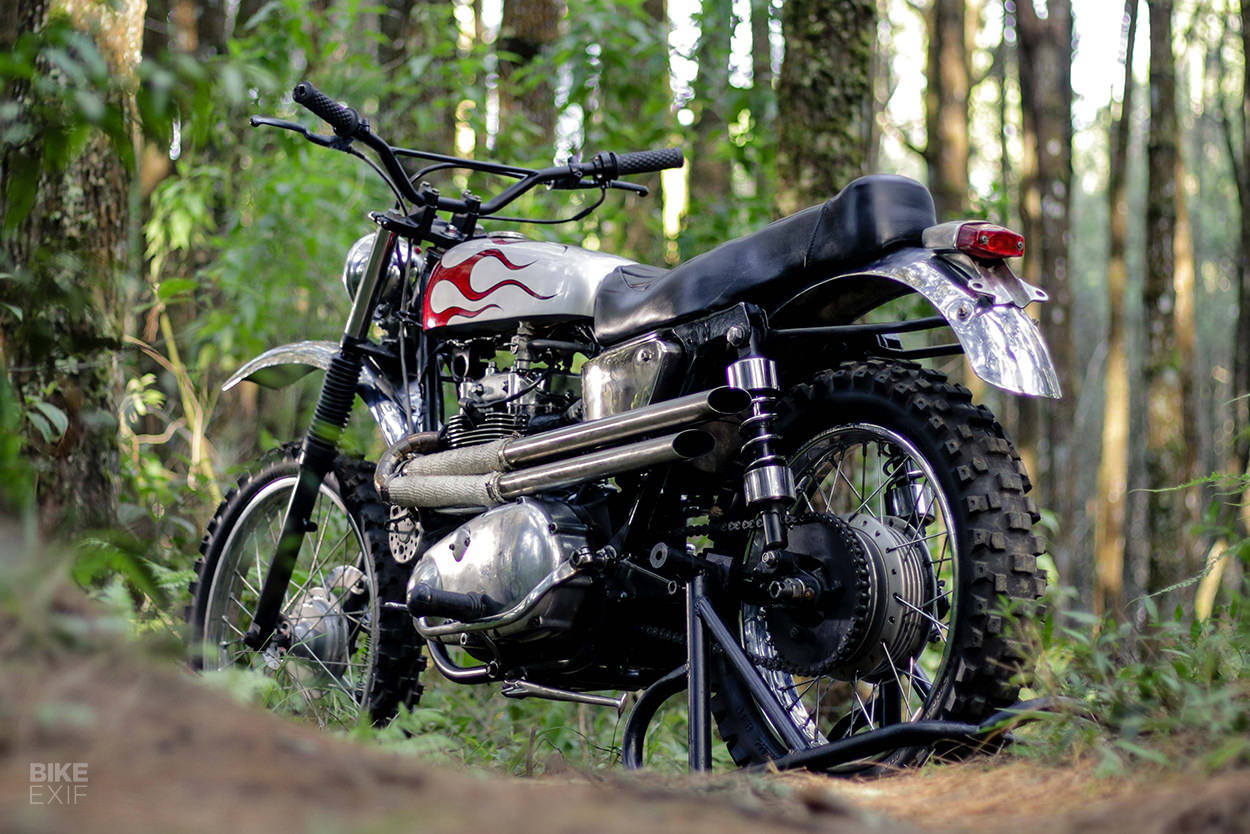 The fuel tank’s custom too, complete with a red candy flame paint job by Zandria Arriela. There’s fresh upholstery on the seat, new side covers lower down, and a pair of hand-made exhausts that are sure to wake the neighbors.

The’rez swapped out the handlebars, grips and foot controls as well, and installed a new headlight from TT&CO. in Japan. It’s the perfect vintage whip for social distancing on secret forest trails. [The’rez Custom Garage] 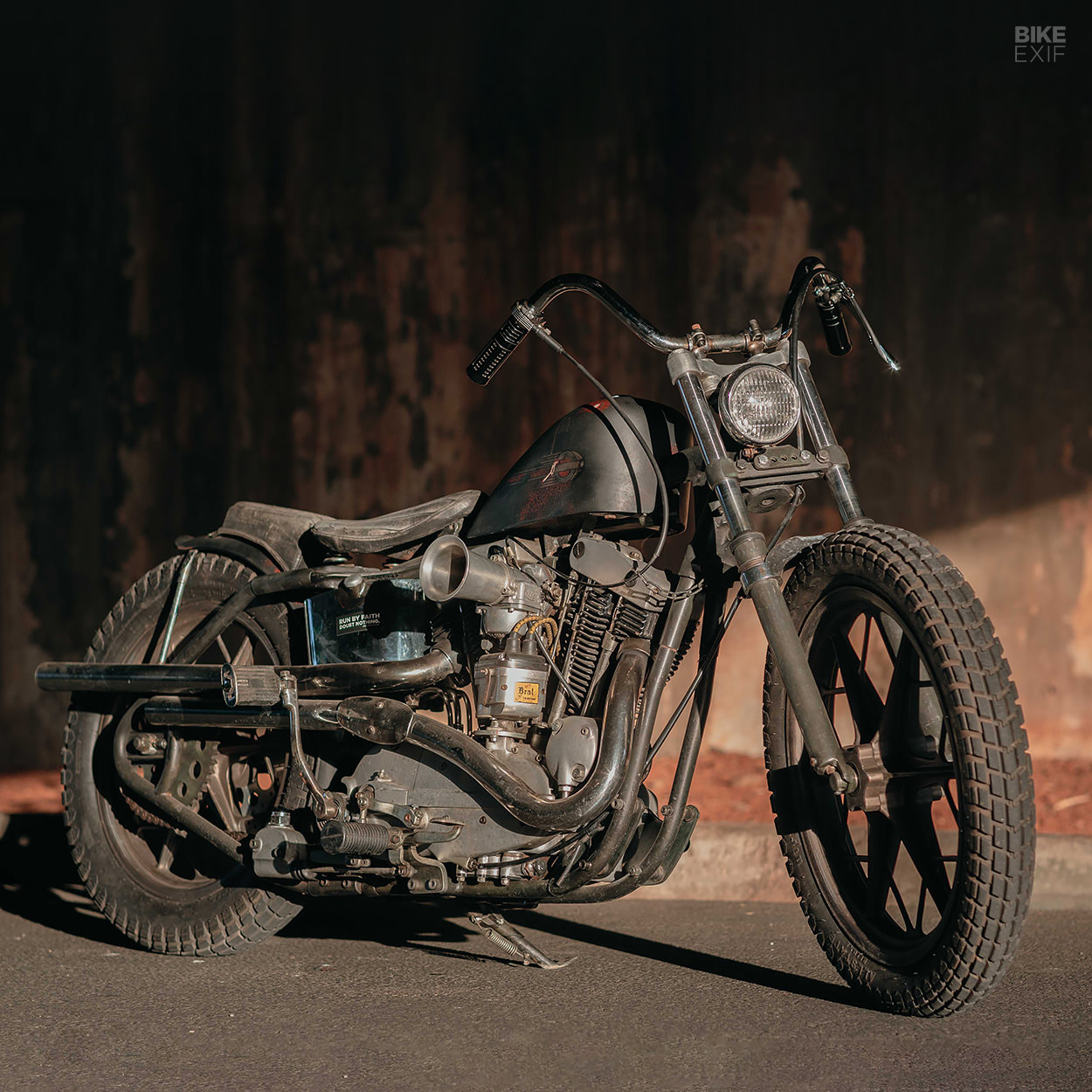 Hiro started by wedging the XLB engine into a hand-made rigid frame, and grafting back on the Harley’s original front suspension. The original transmission’s still in play, but the carb is an S&S Cycle E-series part, and there’s a Joe Hunt magneto in the mix too. 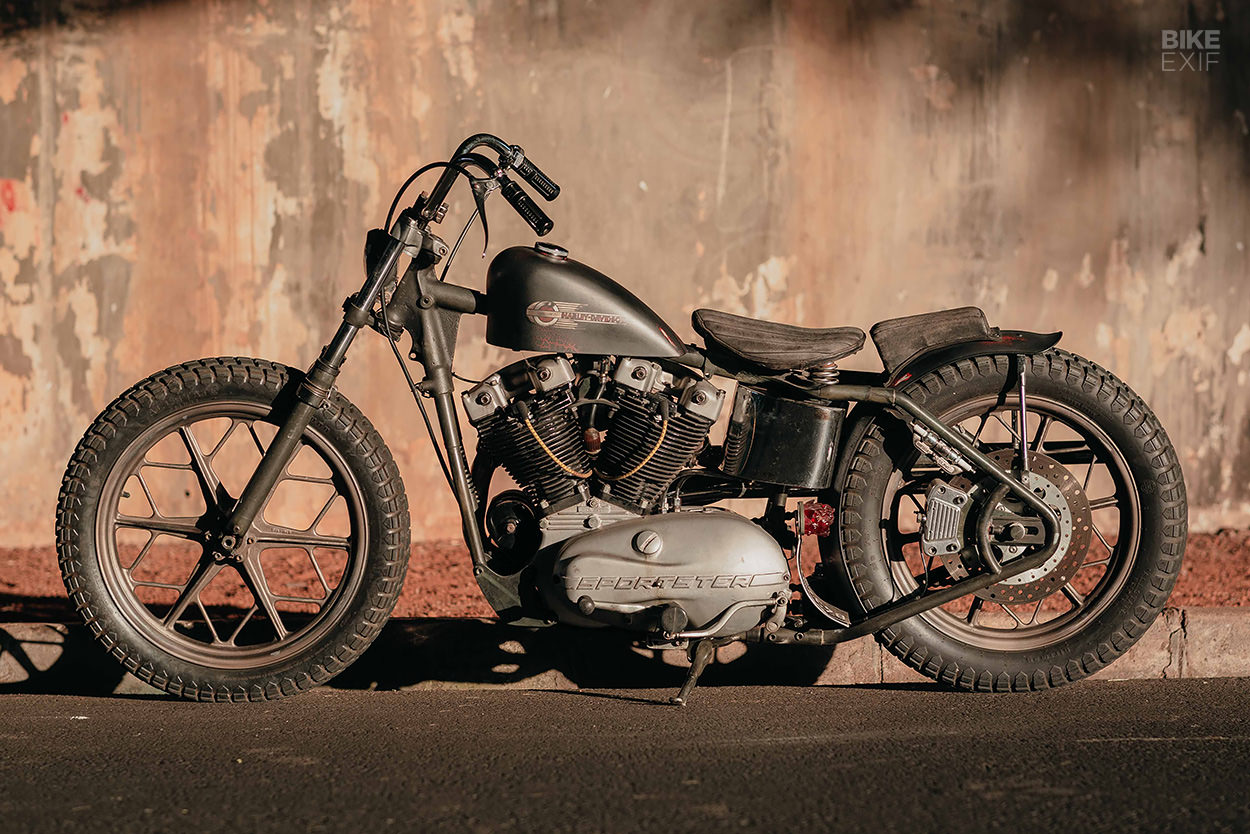 The wheels are 1970s Kimtab snowflakes, measuring 19” up front and 18” out back. They’re wrapped in Allstate Dirtman tires. An Edart brake is attached to the rear wheel, but the front is brakeless. 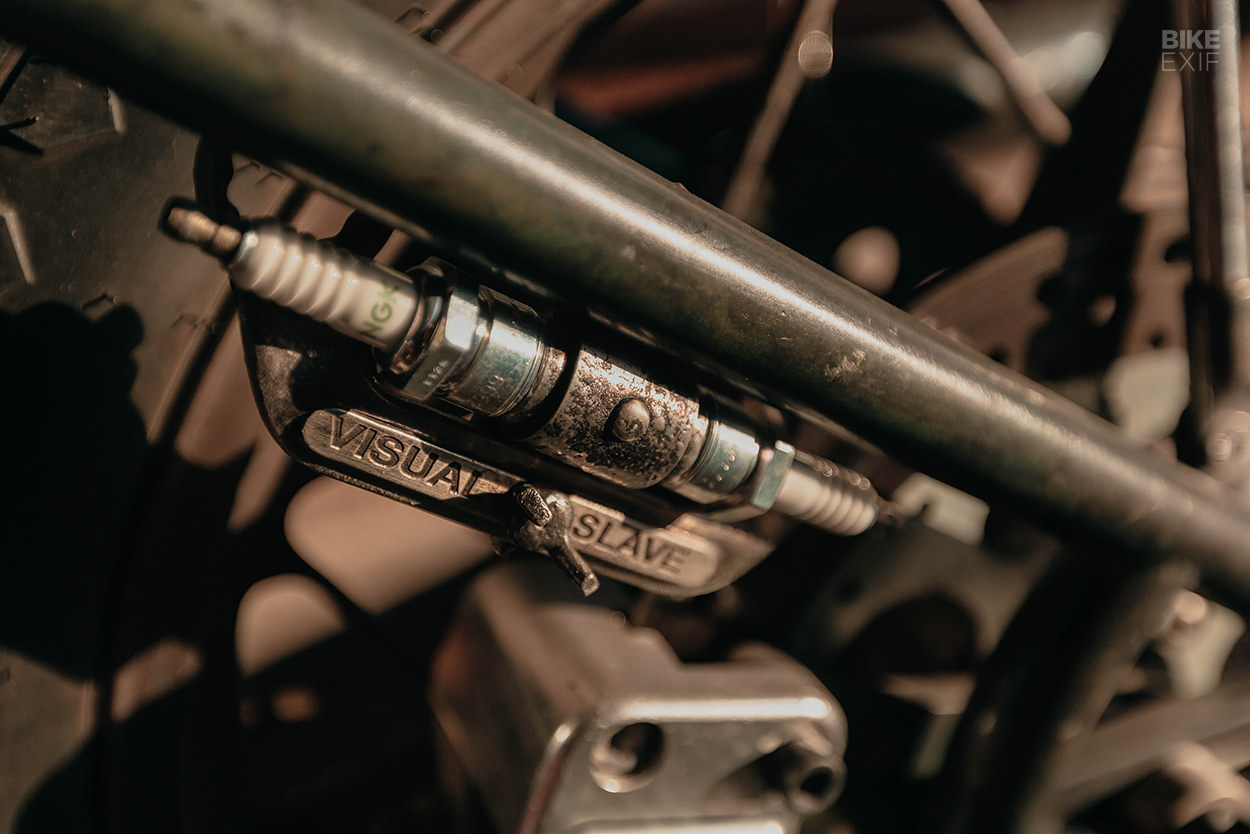 There’s a generic aftermarket headlight out front, and a BratStyle taillight attached to a side-mounted license plate bracket.

We love the subtle details too—like the spare spark plug holder on the rear end of the frame, with the owner’s company name etched into it. And the sticker on the oil tank that reads “Run by faith, doubt nothing.” [Hiro Motorcycles]

‘Boltie’ by Backyard Customs Inspired by BMX culture and the rise in interest in electric motorcycles, Backyard Customs in Bali decided to create their own battery-powered whip—from scratch. Collaborating with a couple of skilled partners, and employing tech like 3D printing, they produced this adorable beach cruiser. 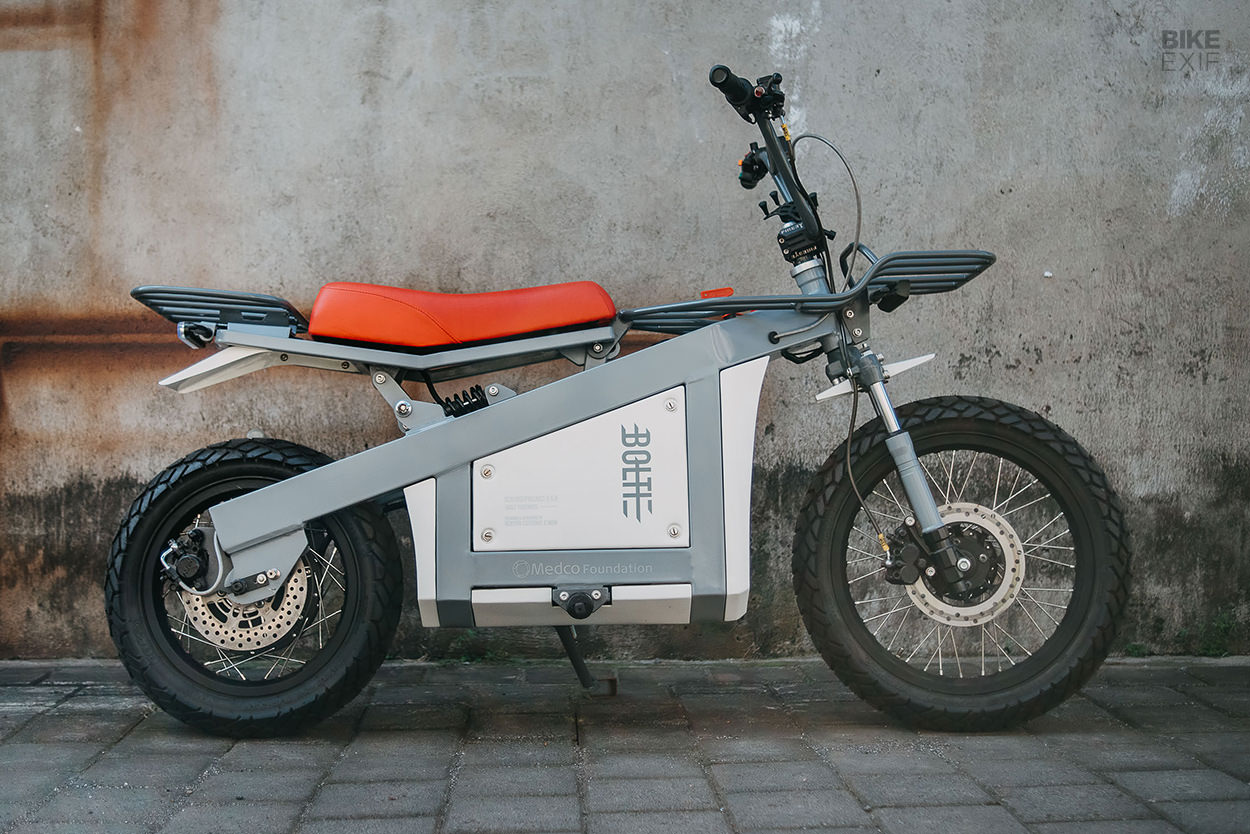 Boltie uses a 3000W motor packaged into an entirely custom-made frame. The front suspension comes from a small-capacity Honda, but there’s no traditional rear suspension. Instead, the seat’s mounted on a pivot system that uses a pair of small mountain bike shocks to smooth out bumps.

The wheels measure 17” at both ends, and use disc brakes with Nissin calipers. Backyard built the tiniest of fenders too, and kitted the bike with wide BMX-style handlebars. The lighting is LED all-round. 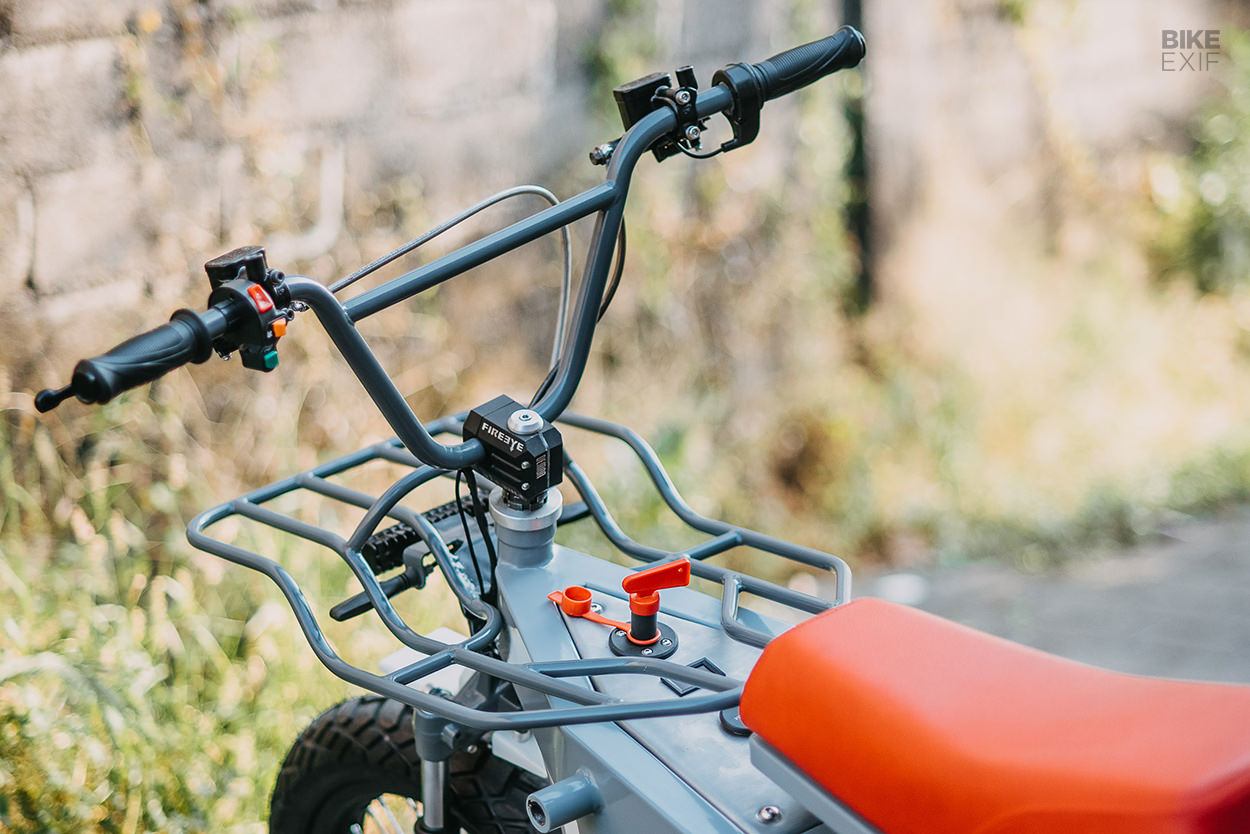 Boltie’s ‘bodywork’ is really clever: with no fuel tank to worry about, the layout includes a generous seat, and an excess of luggage rack space. Peak down between the grid just in front of the seat, and you’ll spot a USB charge port and a battery level indicator.

It’s that blend of funkiness and practicality that makes this design so appealing. And there’s even a detachable surfboard rack, too. Who else wishes this would make it into production? [Backyard Customs] 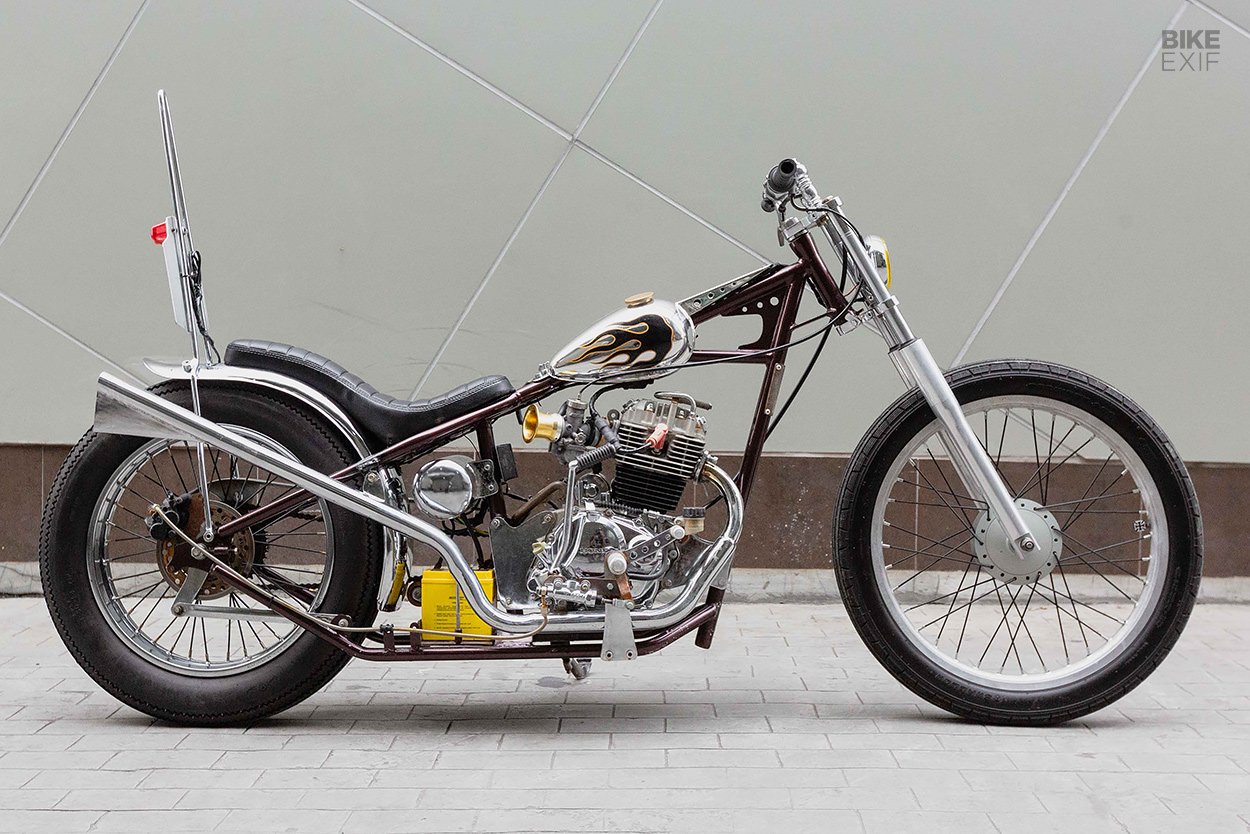 Honda GL200 by Very David We had to do a double take to realize that this slick chopper is actually based on the modest 2006 Honda GL200 Tiger Revo commuter. And it’s as sharp and appealing as bikes more than twice its size.

The Honda’s single-cylinder motor’s sitting inside a custom hardtail frame, braced by custom mounting plates. It breathes in via a velocity stack now, and out via a stunning exhaust that uses an upside-down fishtail design of sorts. 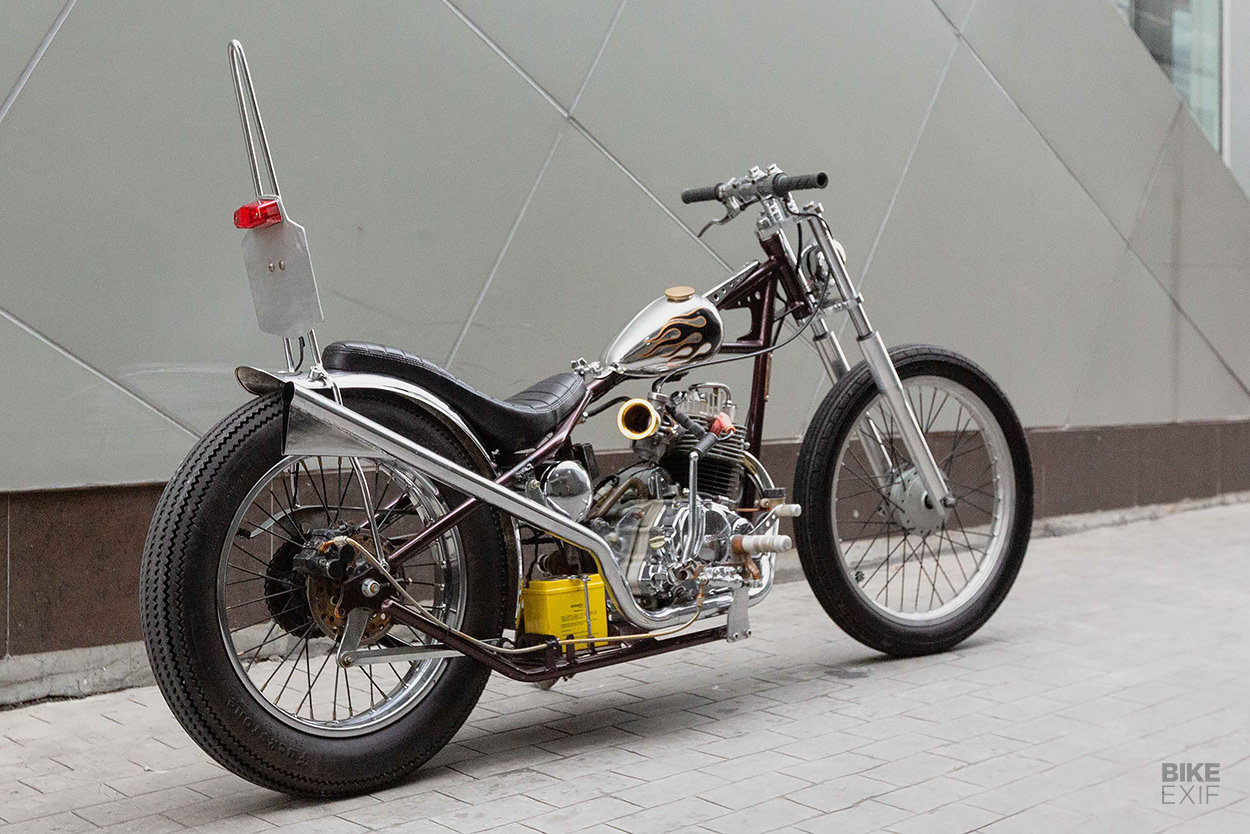 Very David modified the Honda’s forks to suit the front end, then laced up new wheels with a 21” Excel rim up front, and an 18” DID rim at the back. The tires are a Swallow Sprinter (front), and a sawtooth Fuckstone (back). There’s only one brake on this one too: a Kawasaki KLX150 system at the rear. 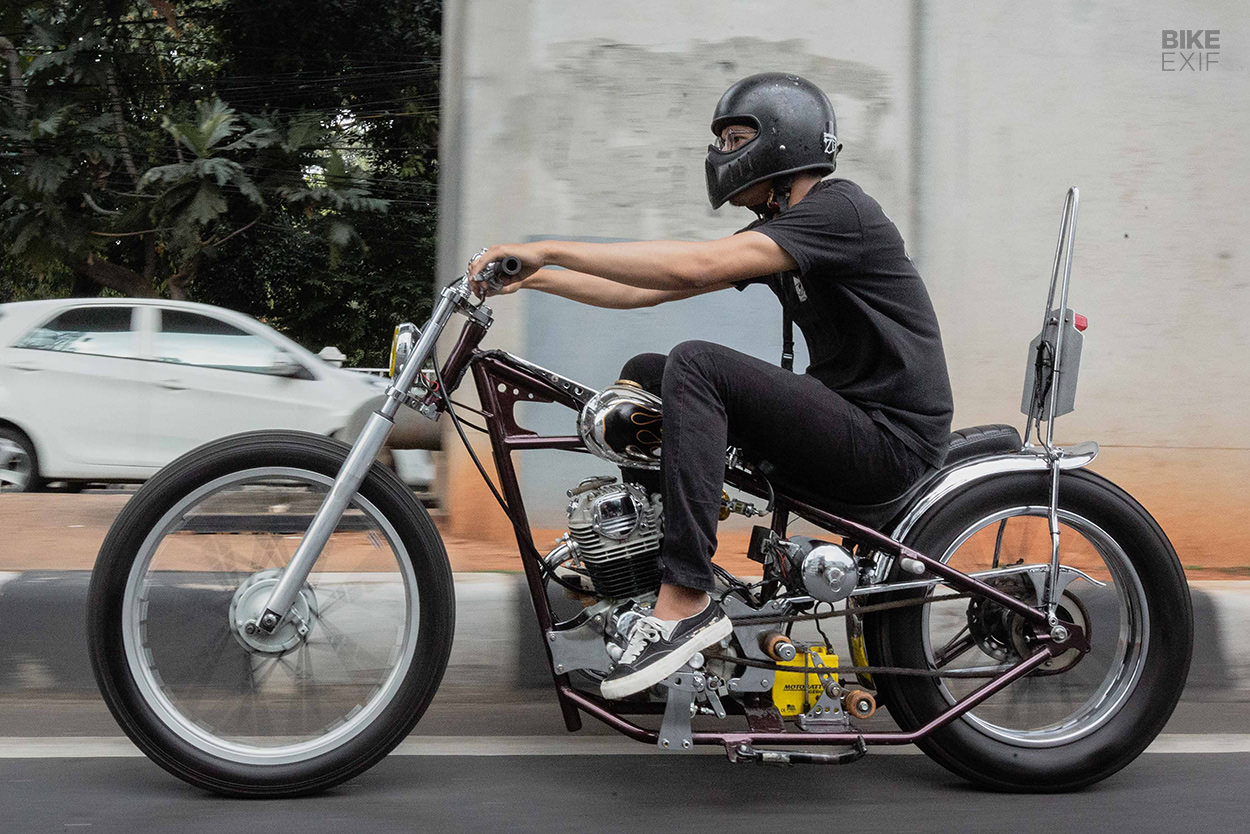 A sharp flame job on the tank by Agung Castavo finishes things off nicely, adding a sassy hint of chopper styling. [Very David]

SAIME | With thanks to Putra Agung at Thrive Motorcycle 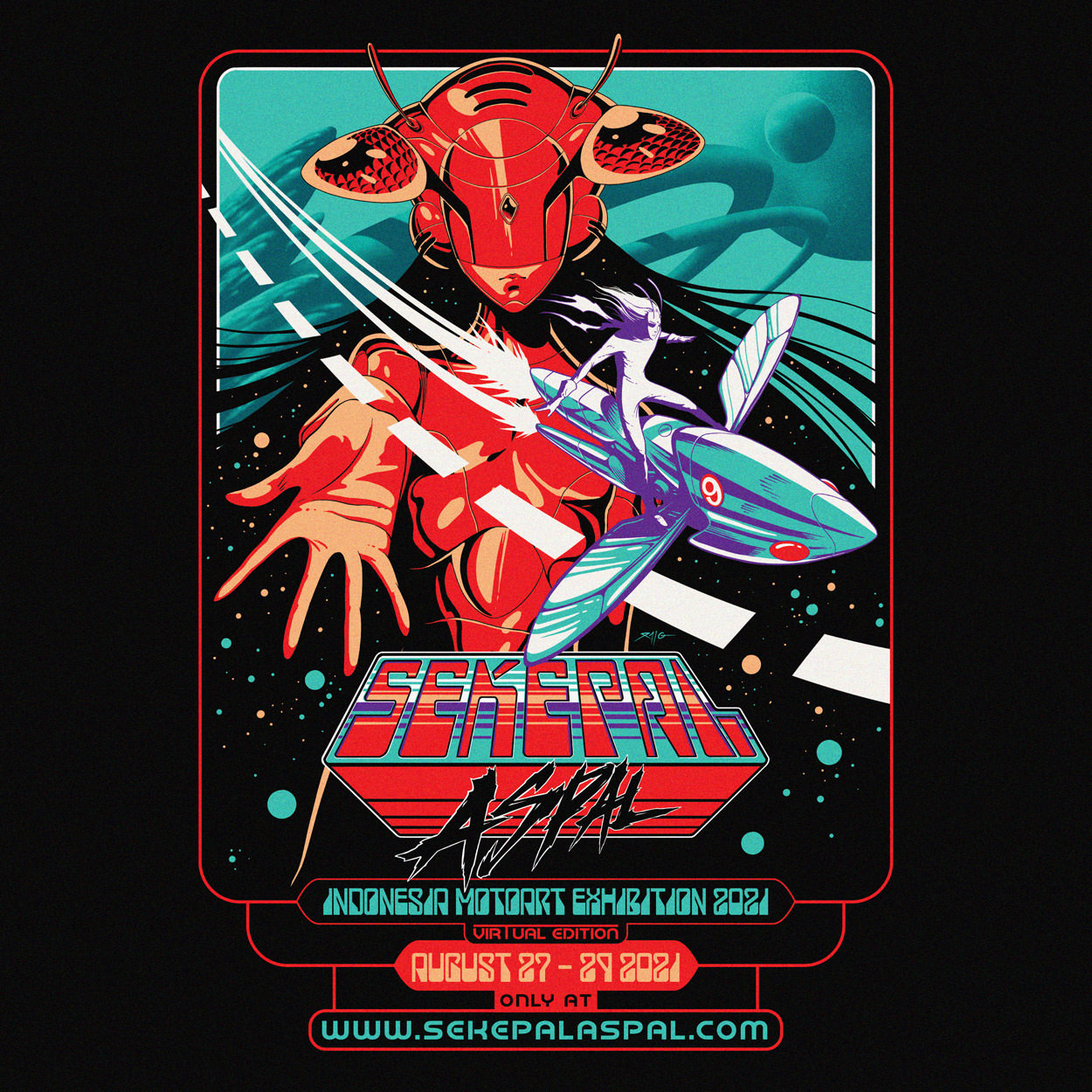