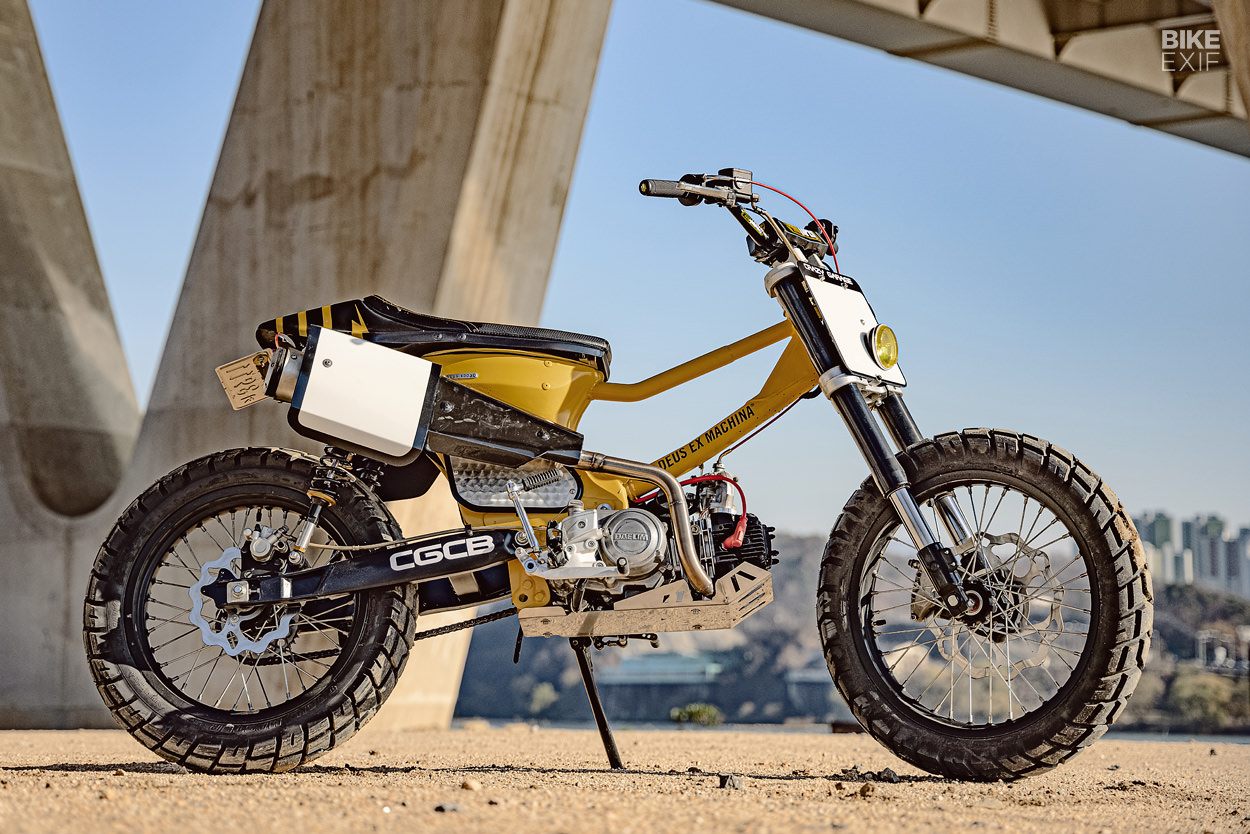 Scooter customization has been a thing for years, but the movement is mostly underground. Recently the moped scene has started intersecting with the ‘regular’ moto scene, and that means that established custom shops have started taking on pocket-sized builds too.

Crazy Garage in South Korea have spun the spanners on everything from the BMW S1000RR to the Kawasaki W800. But their latest project is a humble Korean-made Daelim Citi Ace 110 scooter, built for Deus ex Machina’s relatively new Seoul outpost. They’ve hit a home run too, turning the modest moped into a wily little street tracker. 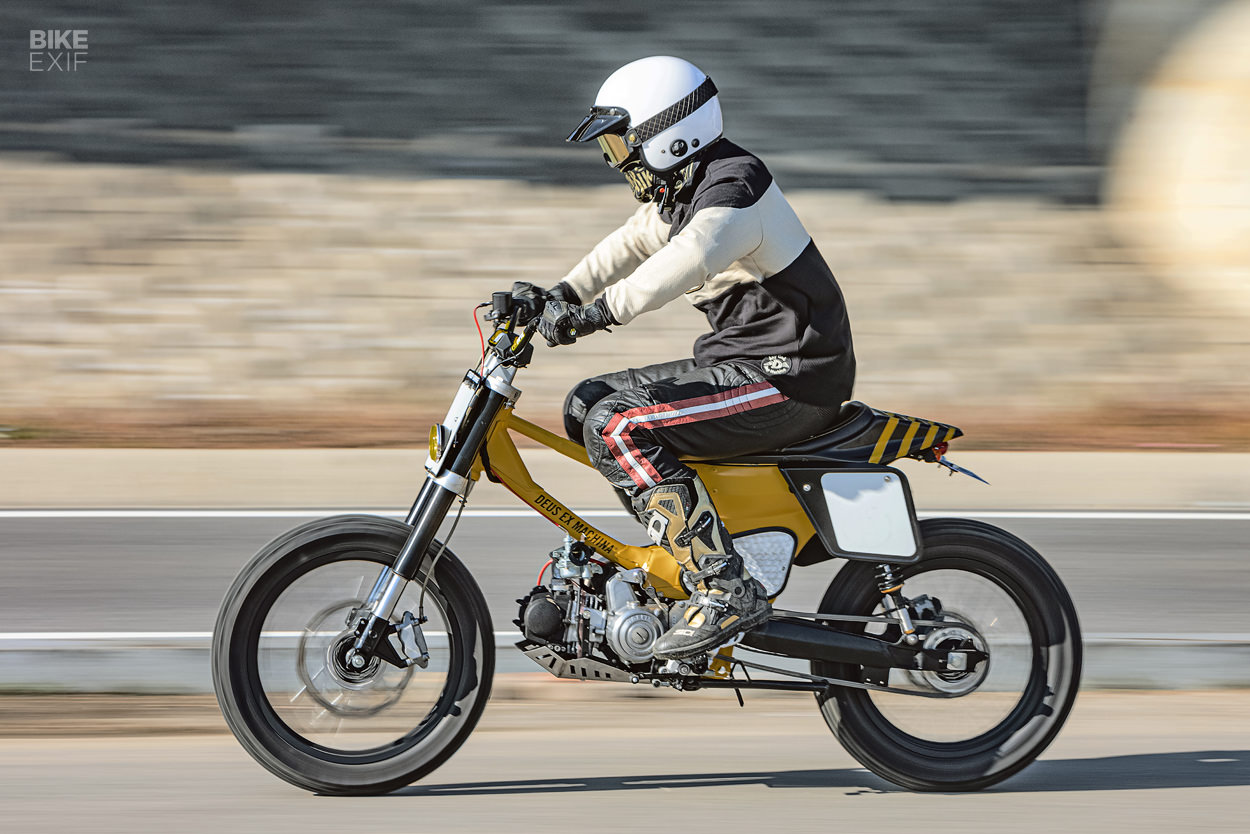 The City Ace 110 is mega popular in Korea, and often used as a delivery bike. Like most of its ilk, it’s mostly shrouded in plastic—but that’s all in the bin now, revealing a chassis similar to the Honda Cub’s.

But this custom moped is more than just a teardown job. The Crazy Garage crew has not only changed the City Ace’s clothes, but thrown a whole slew of interesting upgrades at it too. 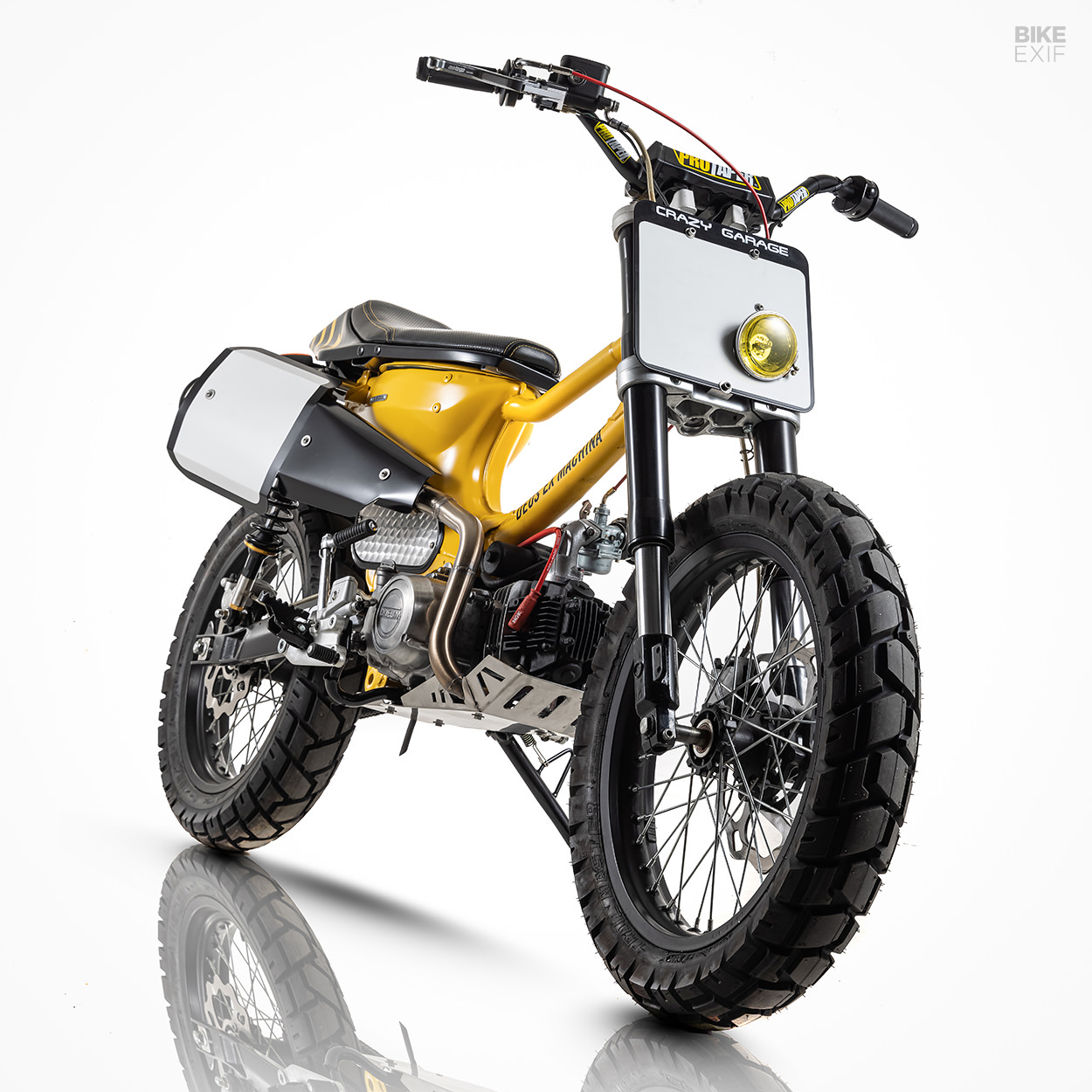 For starters, they’ve scalped a FB Mondial Hipster 125 for its forks, yokes, wheels and swingarm. It wasn’t exactly a walk in the park though—the front end needed a custom steering stem made to make everything fit. And the Hipster’s swingarm had to be shortened, and installed with a custom pivot. 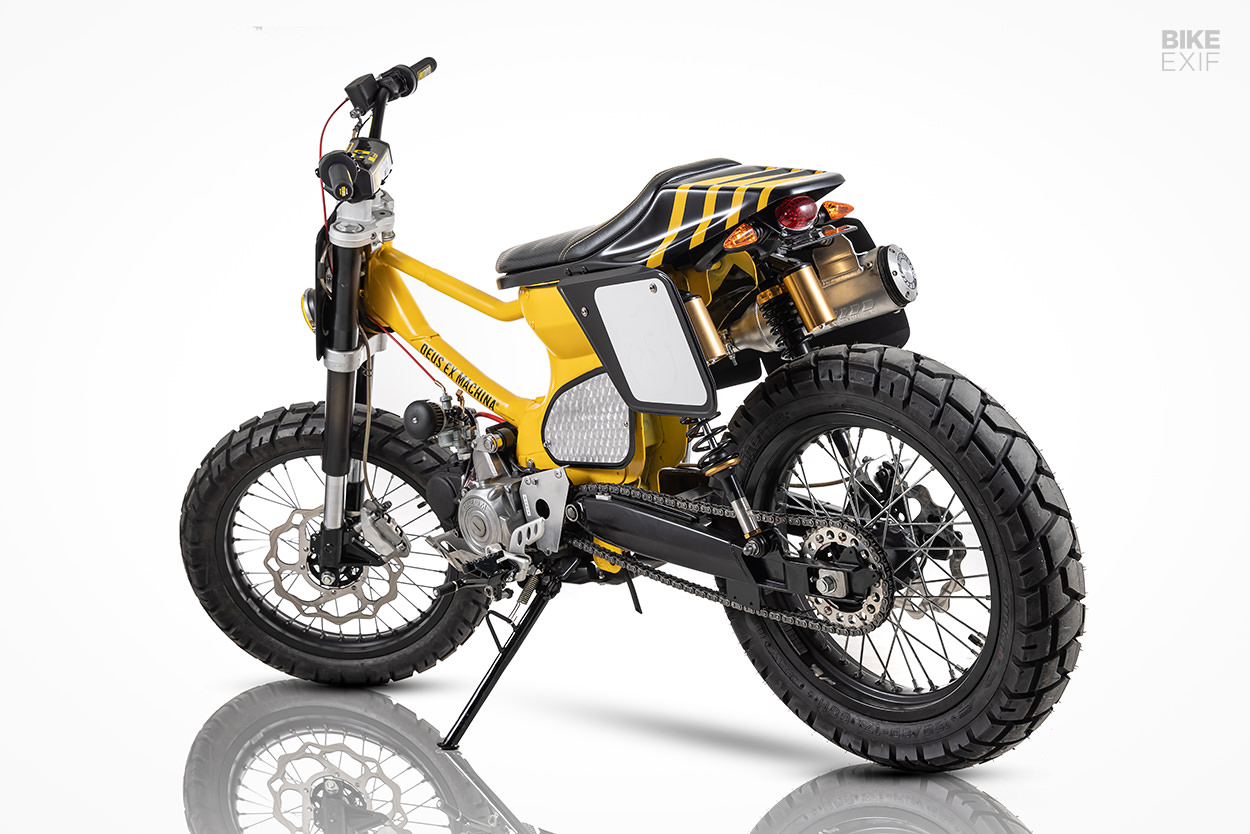 Moving to the frame, the crew cleaned up any superfluous tabs, and welded in a brace from the steering neck to the fuel tank. The back of the scooters monocoque under-seat section was trimmed down, and the sides capped off with a pair of aluminum covers.

There’s a neat little taillight and turn signal arrangement tucked in at the back, along with a license plate mount. 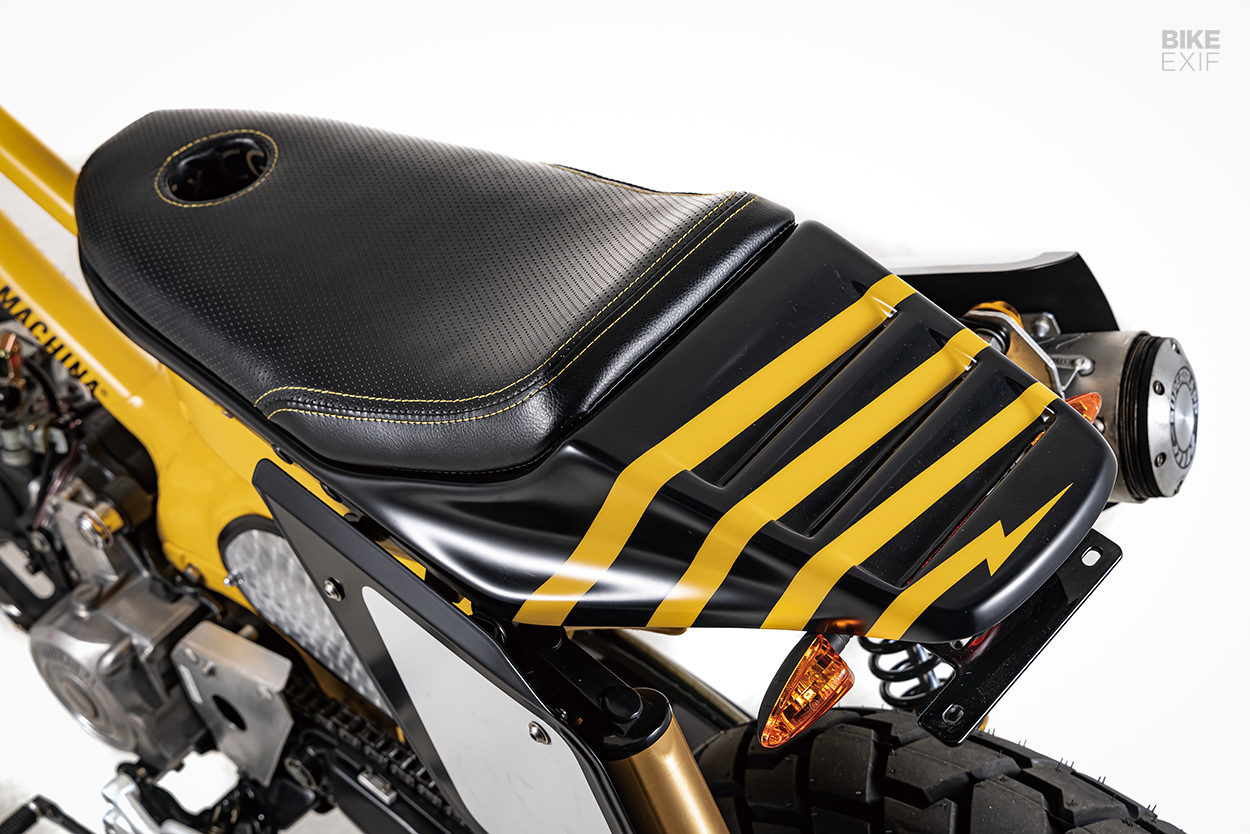 The flat track seat that’s sitting up top is an off-the-shelf part that Crazy Garage trimmed, and then adapted to mount on the scooter. The seat pad is custom, and features a cut-out to access the fuel cap.

The whole arrangement’s flanked by a pair of hand-made alloy covers, with the right side extended to act as a heat shield. Underneath it is a SuperTrapp muffler, connected to a custom header to mount it high up. 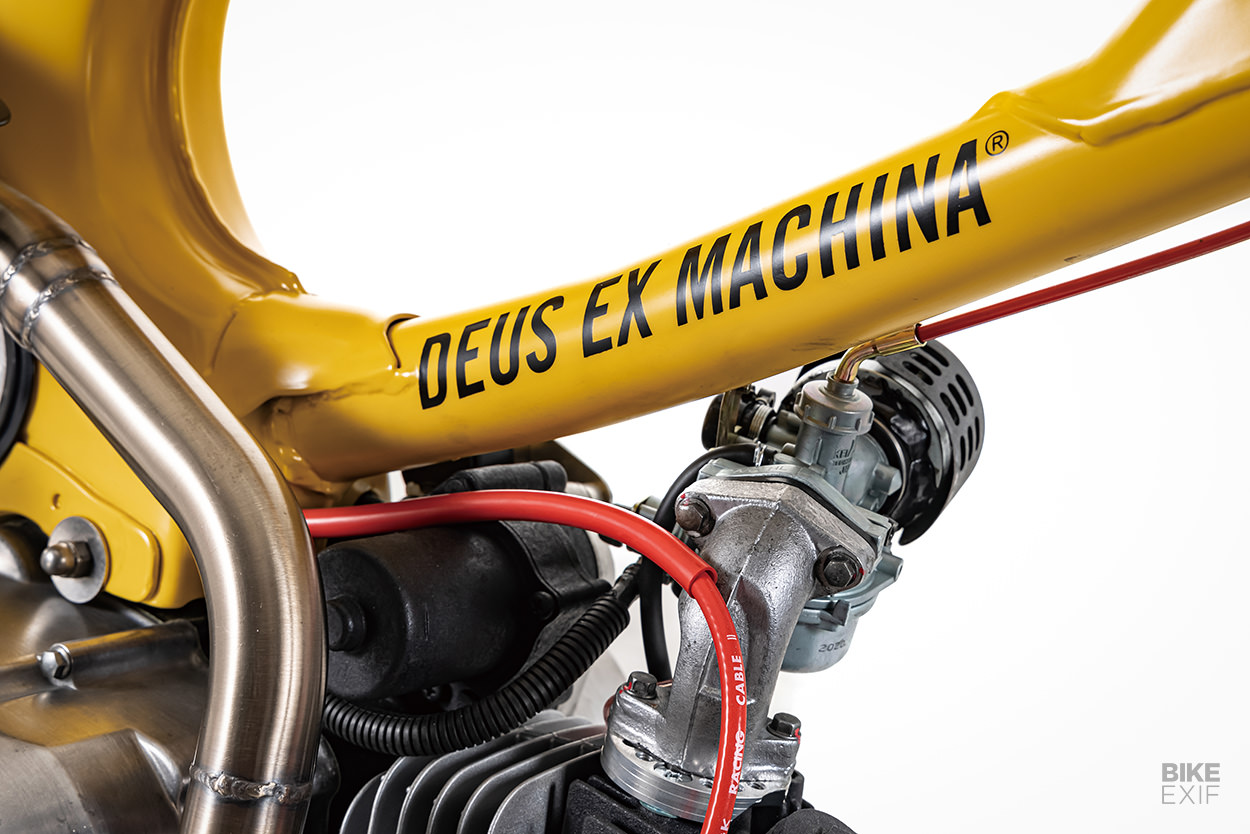 Crazy Garage didn’t fuss with the motor much, but did fettle with the intake—flipping the carb 180 degrees and adding an open filter. They also added a new NGK spark plug cable, relocated the ignition to the side of the bike, and set the bike up to run battery-less.

Lower down, the crew fabricated a bash plate, added serrated foot pegs and upgraded the shift lever. (Yup, the City Ace 110 is a clutchless four-speed manual.) 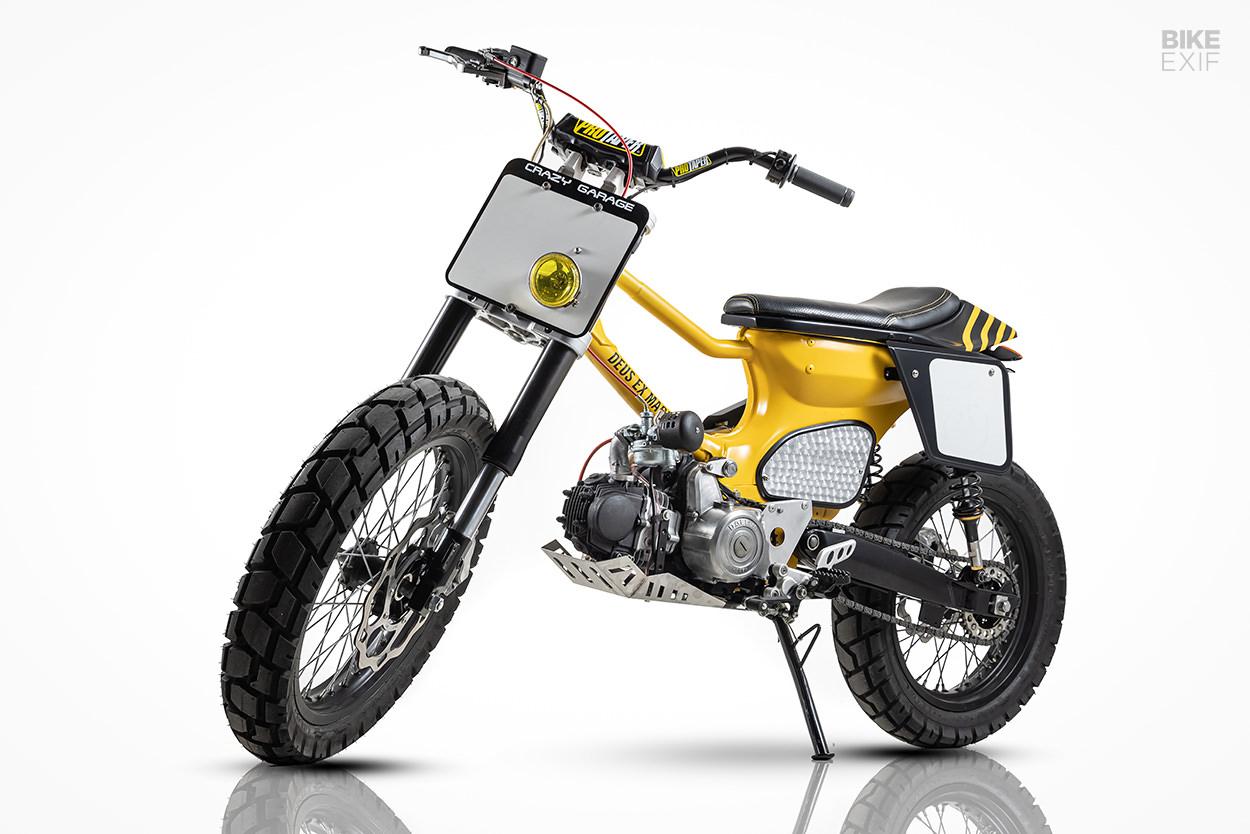 Up front is a hand-shaped alloy number board, with a small halogen headlight poking out. Just behind it are a set of ProTaper fatbars and grips, a new throttle, and mini-switches.

The Daelim’s new livery is simple and fresh. It’s a striking yellow and black affair, with a subtle lightning bolt motif on the tail, with Deus ex Machina’s logo adorning the main tube like the branding on a BMX. 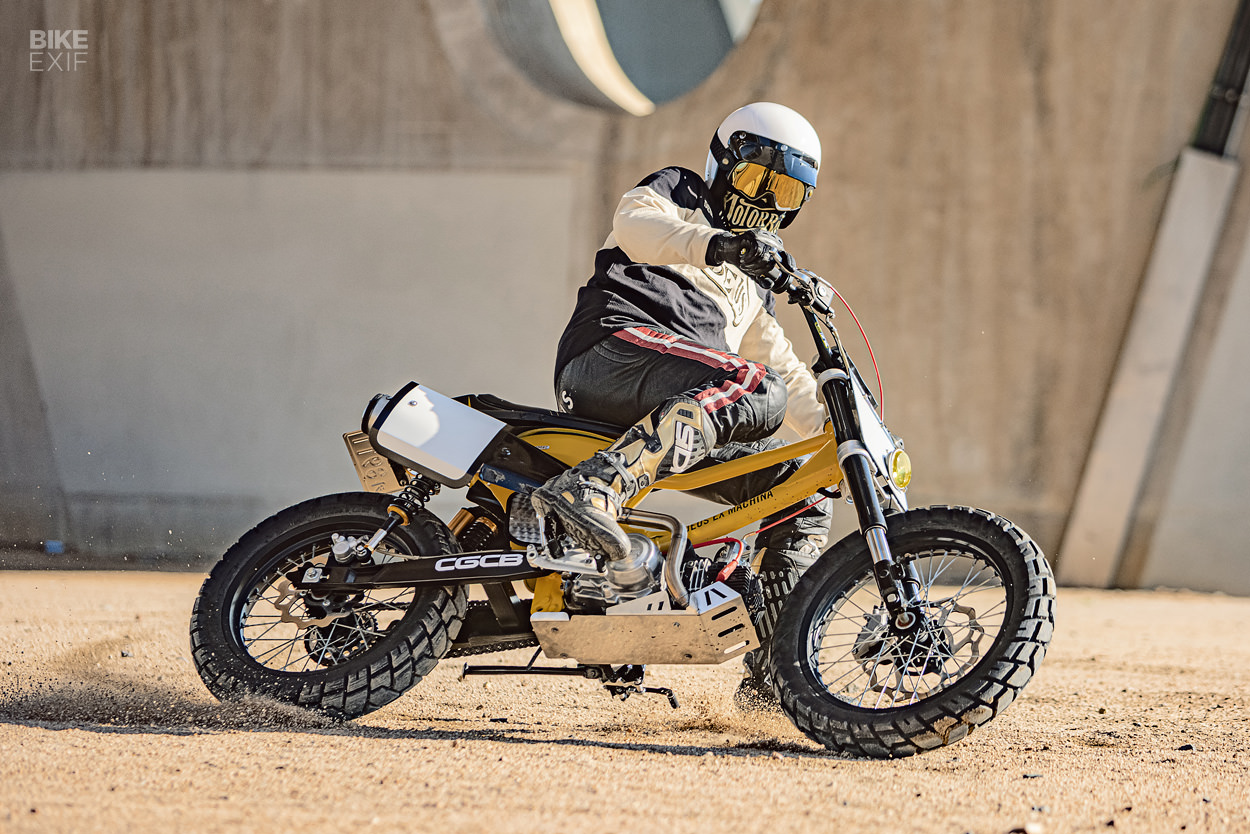 Seoul’s streets might be teeming with scooters, but none of them look like this. Crazy Garage have not only built a worthy showpiece for Deus’ store, but also the perfect tool for battling traffic, and goofing off in empty lots.

Yeah, we want one… badly. 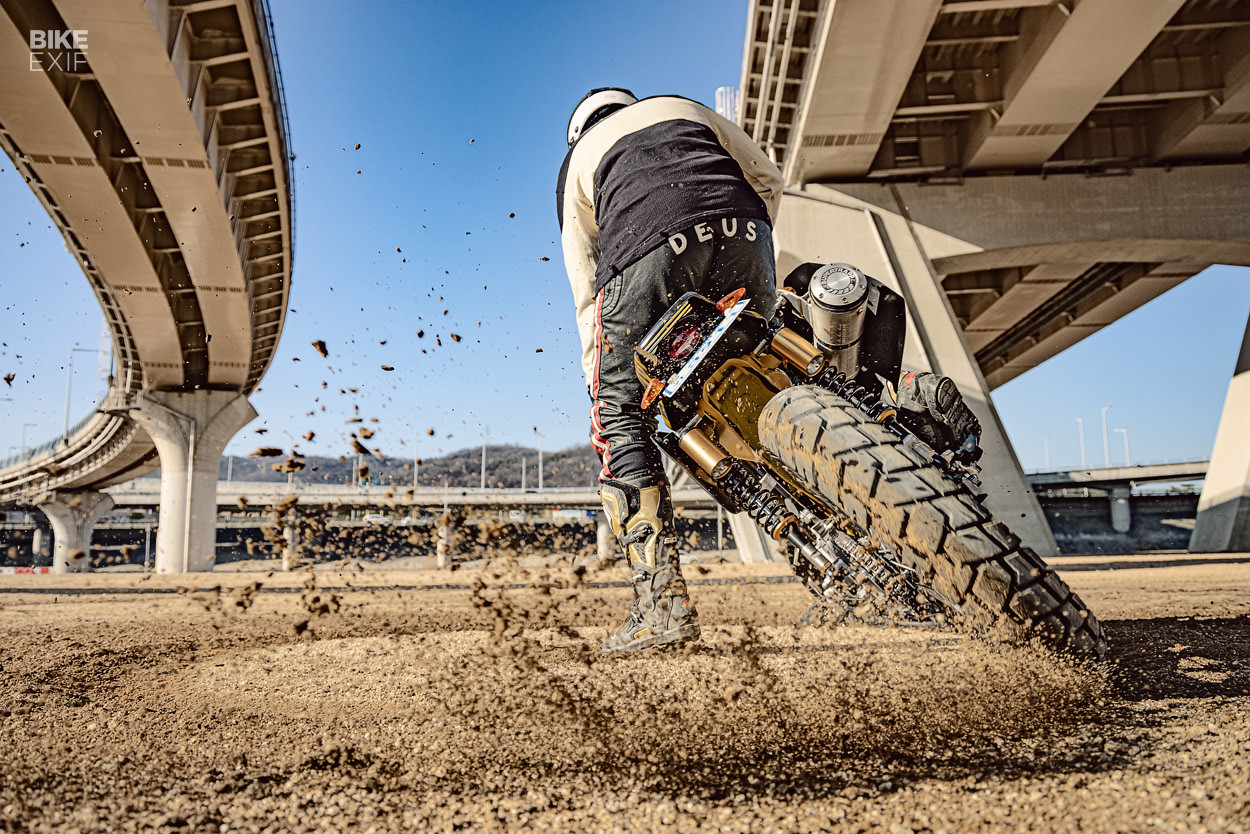